Why is it impossible to connect 3 black dots to 3 red dots? 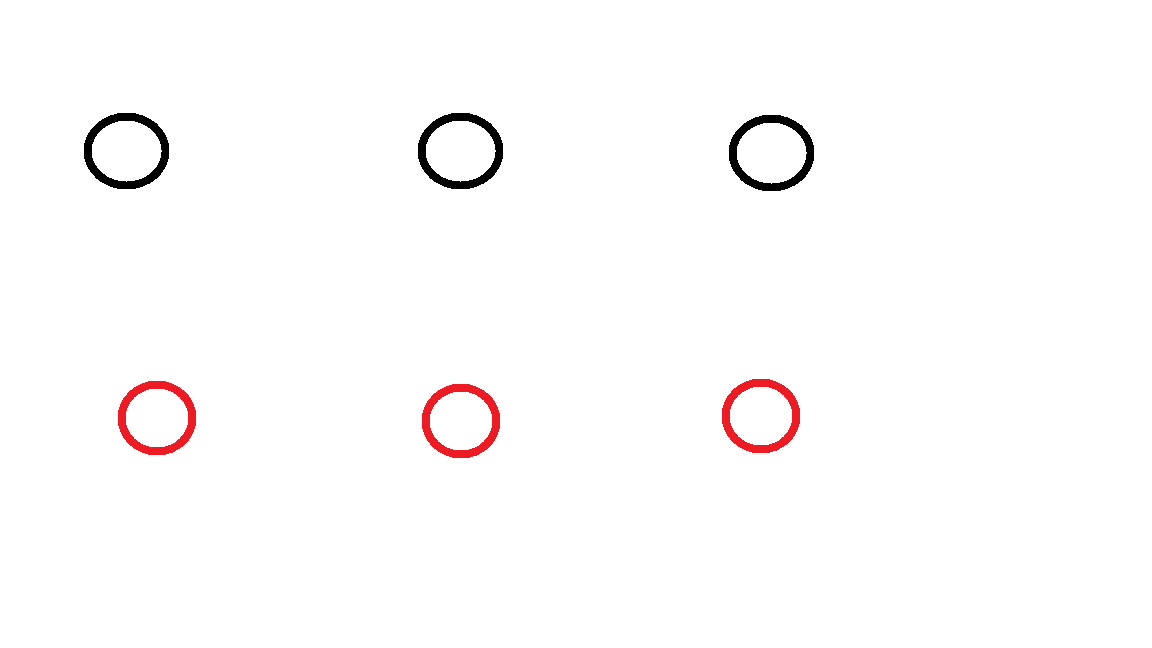 As many have mentioned, there is no "inside the box" answer to the problem.

Depending on the exact statement of the problem, there may be trick answers. For example, as stated, the lines may not touch, but there is no rule against a line going through another circle in the middle of its route.

Not the answer you're looking for? Browse other questions tagged mathematics visual graph-theory or ask your own question.

8
Connect the dots
7
Network connection: Create a network that guides the signal from start to goal
36
Connect 3 houses with 3 wells
33
A moderate visual number puzzle
2
$\verb|Eight Circles|$
9
Connect the wires without setting off the bomb
7
Eat all the circles MAZE
6
Orchard planting problem for circles
5
Connecting points to form triangles
6
How to prove Yin-Yang alternating 2 by 2 is not allowed