What number is hidden in this map?

This question is part of a puzzle crime story I have started recently (you can see previous puzzles from the series HERE, HERE and HERE). I would like to test the difficulty (not sure if too easy or too hard), and possibly get some feedback/ideas for improvement. The text looks a bit out of context, but the backstory is not necessary to solve the puzzle. The goal is to find a 4-digit passcode encoded in it.

Sanders arrived home and looked sick. He closed the door behind him, took off his coat, and slowly went to the living room. He opened a cupboard, took out a pack of cigarettes and lit one. He quit smoking two years ago, however today he couldn’t stop himself. Sanders turned around and went to his “memory” wall – the place where he used to hang all his favorite pictures. He stopped in front of one of them and looked at it… 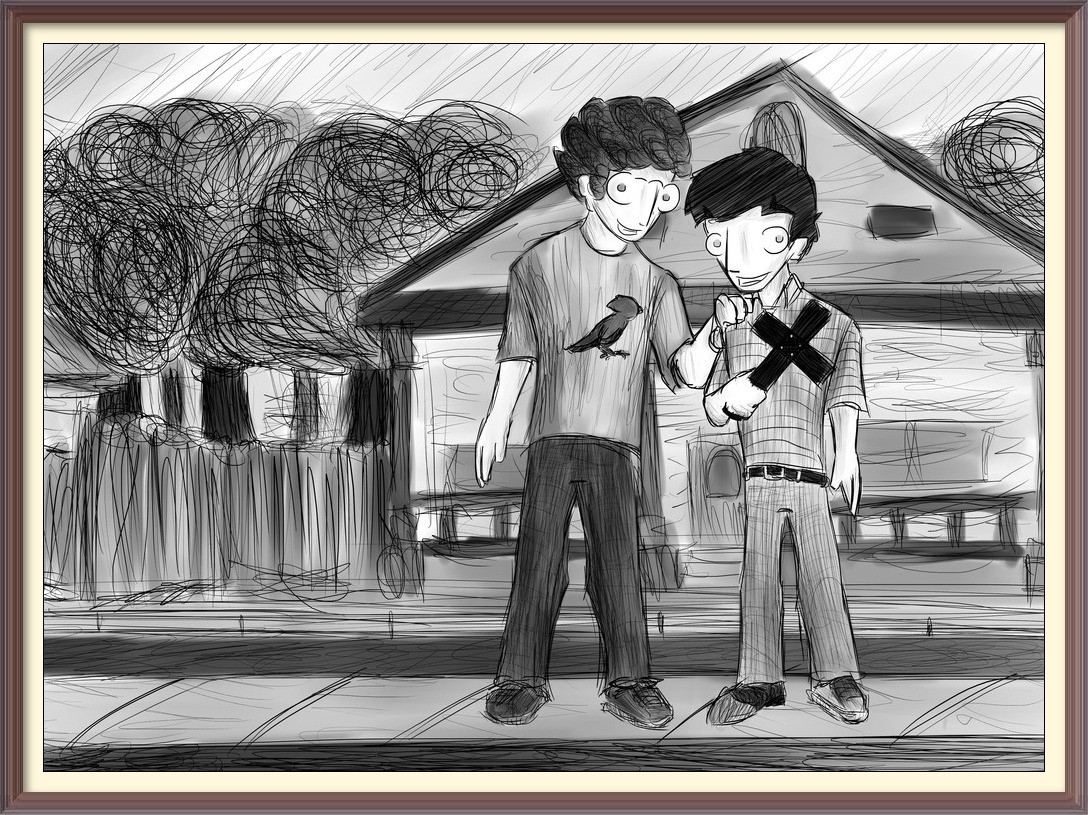 “Oh Teddy…” Sanders muttered and shook his head. He took the picture in his hands, sat in an armchair, and stared at it. Suddenly, he felt something attached to the back of the photo. He turned it around and saw a map. 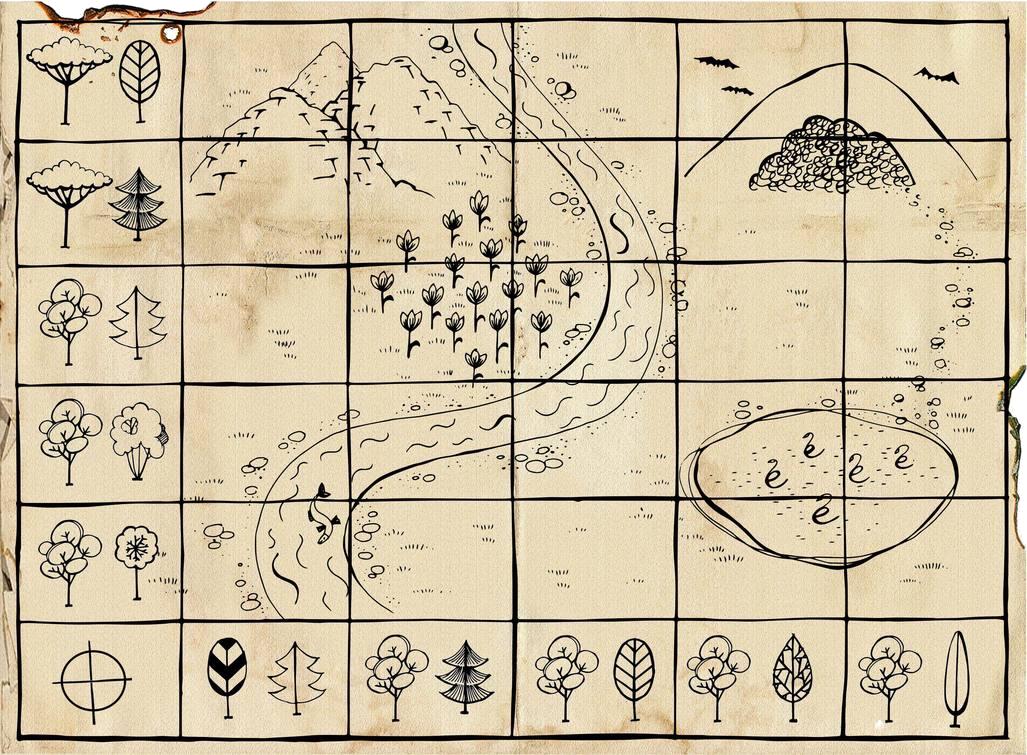 Initially Sanders was confused – he couldn’t see written coordinates on the map or a target place on it. After few minutes of contemplating however, he stood up, put his coat back on and left. He knew exactly where to go.

P.S. I know, probably I won't become a world-renowned writer.

Not sure if this is right, but here's my guess.

There are some hidden

Letters in the map that seem to spell "trees". This could hint that the trees are important. 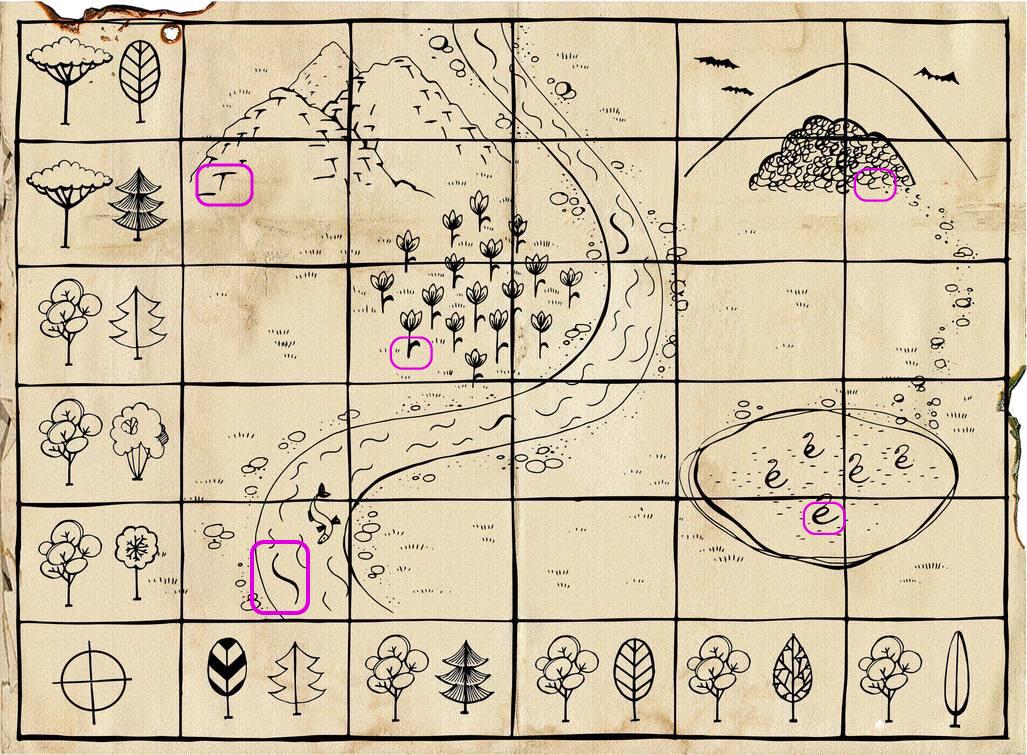 Notice that there are

10 different tree symbols on the bottom and left side of the map. This might mean they should be translated into digits.

Since the thing in the

lower left corner seems like an "origin", I assumed that we're dealing with sort of an x-/y-axis situation, and the numbers increase to the right and up. Based on where the first digit changes, we can fill in some of the numbers (again, assumption: step size of 1). 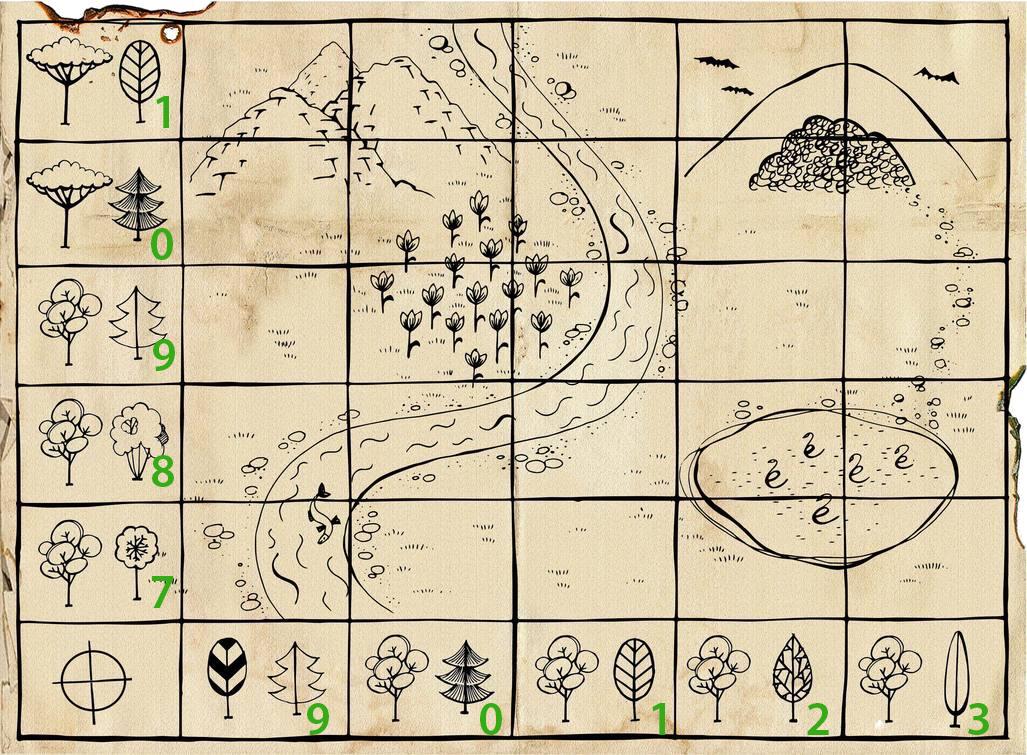 Then we have only 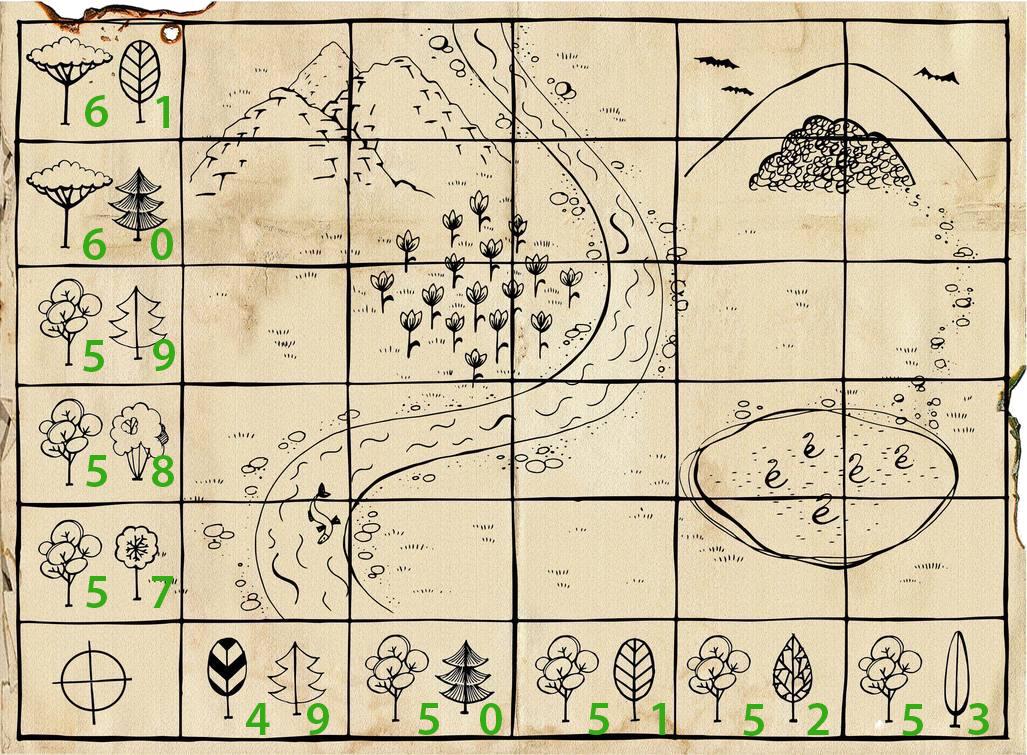 overlay the photograph, we notice that the cross in Teddy's hands marks a particular box. 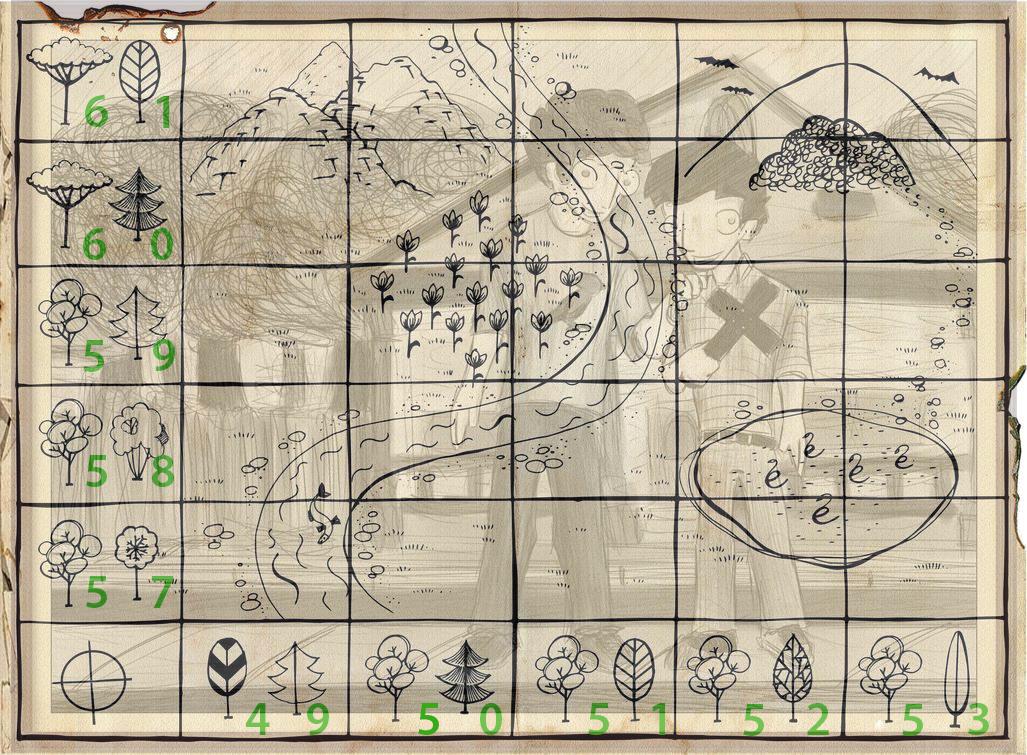 My try. I think it can be interpretated. I see in the first image

A cross in the hand of one boy.

Looking better I can see that

A cross in Roman number is ten. But (zoom the image) there are four dots like a face of a dice.

Looking at the map we can

overlay the map (if Sanders can remove it) over the first image and you have a cross pointing in the square of coordinates (4,3) just north of the lake.

So the code is

if Sanders could not remove the map from the back of the photo, I have to revers the overlapping and obtaining 14-13 (it points west to flowers). In both cases in an empty square (a hidden treasure?)

Yes, I can not decide which is the best.

49
The Thirteenth Arrow
15
What number is hidden in this crime scene?
50
Find the treasure before Dargloc does
16
My wife is lost, my GPS is lost. Where are we?
24
What does 1+1=?
60
You have 13 minutes to unlock this safe
16
Hitchhiker's guide to Scrabble
3
A Place Where Fanatics Rule
11
Eternal Bond | decrypt the message
15
Where did I go on this trip?