What number is hidden in this gallery?

This is another chapter from the puzzle crime series I am running on my website (you can find two previous puzzles here and here). I asked a real artist to make the illustration for this one and thought it turned out very pretty, so decided to share.

The goal is to find a passcode which is a 4-digit number.

Fifteen minutes later Morrow, Flanders, as well as three other police officers were in front of the former mayor’s house. It was a large building, with its own parking lot, a fountain, and everything you could expect from an expensive, luxurious mansion. The five men tried to call Phil one last time and when nobody answered, they broke the door. It didn’t take them long before they found him lying dead in the Claptons’ personal gallery room. He was holding a red rose in his hands. 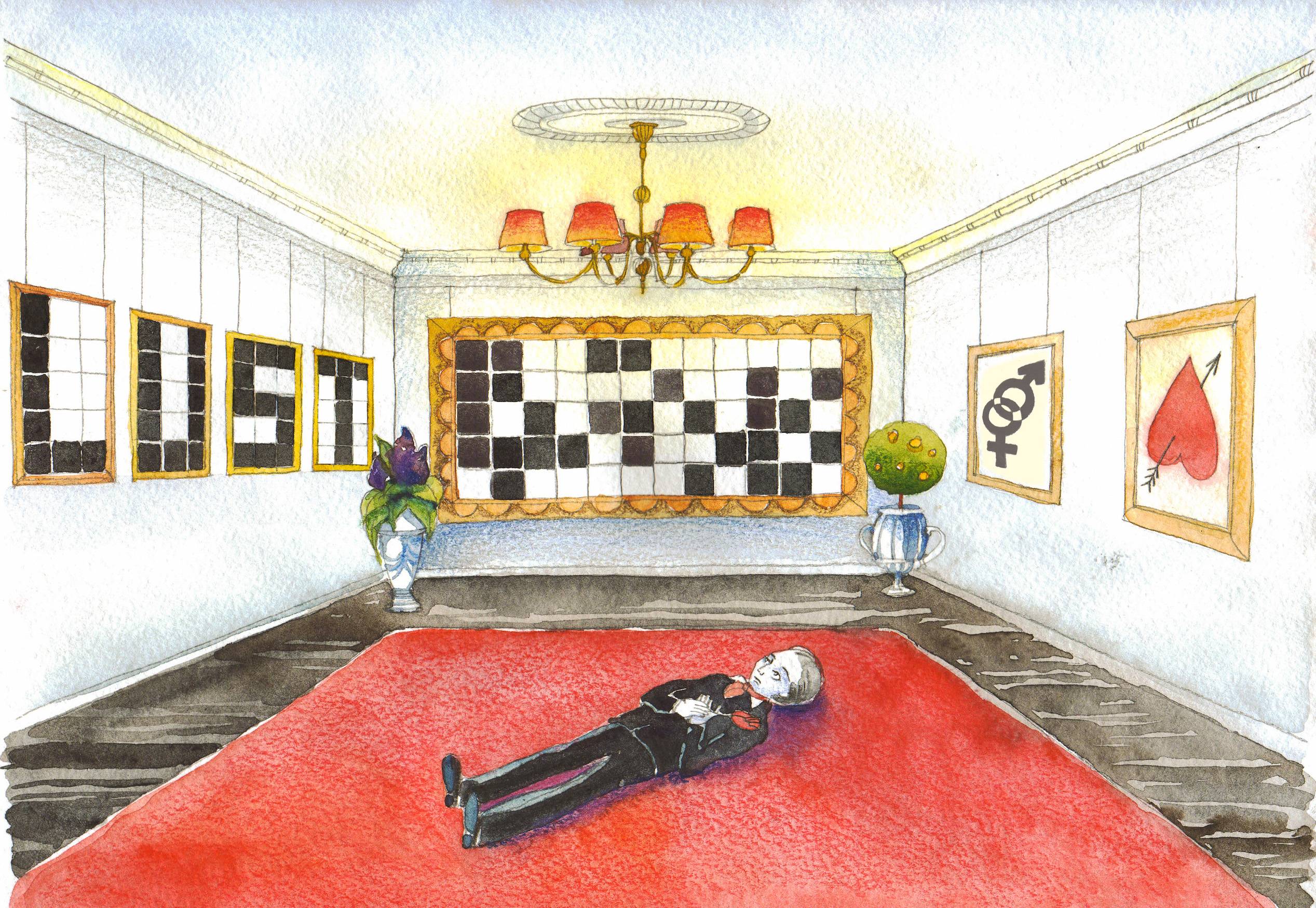 P.S. The text is mostly to drive the story, focus on the illustration.

P.S.S. I simplified the puzzle a bit - initially the letters on the left spelled "Love".

The number hidden in the picture is:

Explanation: After the simplification in the question (the original one featured the word "LOVE" instead of "LUST") this is what I get...

...turning upside down the 12x5 panel on the front wall, then using the word LUST as a XOR mask for it:

The pictures on the left wall suggest you must "put a 4 letters word on top" of the picture on the front wall. The first picture on the right suggest that you must turn white those squares where 2 black squares take place.
The second picture on the right gives a hint on turning upside down the 12x5 panel and on using a word in opposition to LOVE (the word used in the original question instead of LUST)

My original partial solution was as follows:

Of course, the numbers up there look all weird (and one of them is even in negative space) because I actually had the wrong word — the question was edited to make it clearer that the word "LUST" was what we really wanted, since nobody really got that. If we turn that word completely upside down and XOR it to the image, we get:

which is clearly the number "3274" also upside-down.