A Place Where Fanatics Rule

I woke up. It was really hot, and the last thing I remembered was seeing the faces of my family in a white surrounding. Well, actually there was something before that. I remember seeing a weird symbol.

It was strange; it must have been a dream. I looked ahead and a man then greeted me. He had pointy ears and a pointy beard, but he looked quite handsome nonetheless.

"I have been expecting you," he said holding a black cat. "Follow me." I didn't want to though. I was tired, but I followed him anyway. He walked very proudly, I noticed.

They were so brilliant, I became kinda jealous... until a particular thought came to mind. "This is the perfect place for you," said the man, making the OK symbol with his hand (as somebody did a handstand with his legs in the air). 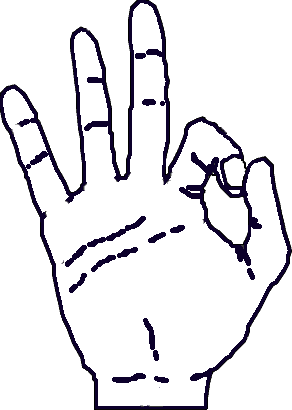 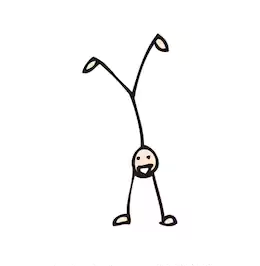 Three black dogs then ran up to me and started licking me.
I turned my head to the man and realised who he was.
I didn't want to be here.

But it was too late. "I'm gonna head off and eat, now," said the man. "You stay here, hahahahah." And he was gone.

It was at that moment, that the dogs stopped licking and started growling and barking and raging.
And all the gymnasts began laughing as they crowded around me.
And the only thing I could hear was my screams.

Who was the man?
Why was I here? (Bonus)

Inspired by @PerpetualJ's story riddles. Please check them out if you have not already!

Partial: The acrostic is clearly visible:

CURSE, I am not able to find any other yet.

Also you saw 3 black dogs which can be explained as:

A black dog is a spectral or demonic entity found primarily in the folklore of the British Isles. The black dog is essentially a nocturnal apparition, some of them shapeshifters, and are often said to be associated with the Devil or described as a ghost or hellhound. Its appearance was regarded as a portent of death.

Which can be a signify:

In Greek mythology the hellhound Cerberus belonged to Hades. Cerberus was said to be a massive, three-headed black dog that guarded the entrance to the underworld.

the symbol you saw seems to have some greek origin. somewhat similar to the symbol of Hades or Epimetheus.

The name: Lewderthorn:
Lewder - comparative form of lewd
Lewd - crude and offensive in a sexual way.
Thorn- a source of discomfort, annoyance, or difficulty; an irritation or obstacle
This feels like some torturous place. maybe you are in Hell or the Underworld

Also to the name confirms this by:

Lewderthorn is and Anagram or Netherworld - (meaning) Underworld or Hell

Not the answer you're looking for? Browse other questions tagged riddle visual knowledge story acrostic or ask your own question.

47
The Thirteenth Arrow
5
Slumdog millionaire (4)
12
Son at War — A Story Riddle
18
Suspiciouser and suspiciouser
7
A Christmas Gift
18
I can't remember what I was doing last night
1
Who is the tall man?
3
What in this world is she trying to say?
6
The Alchemist leaves a trail