A Sudoku with an oddly familiar shape. Here's a Penpa Link. 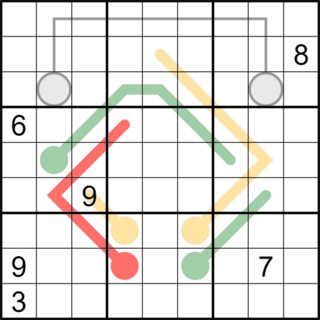 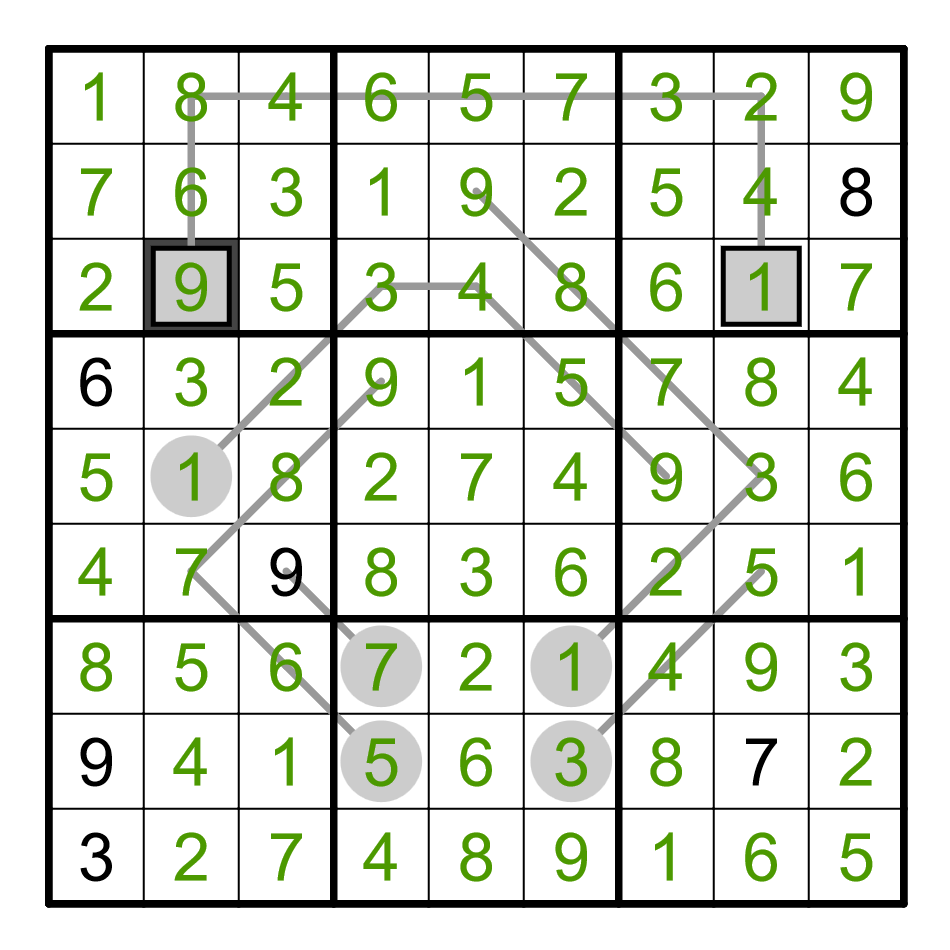 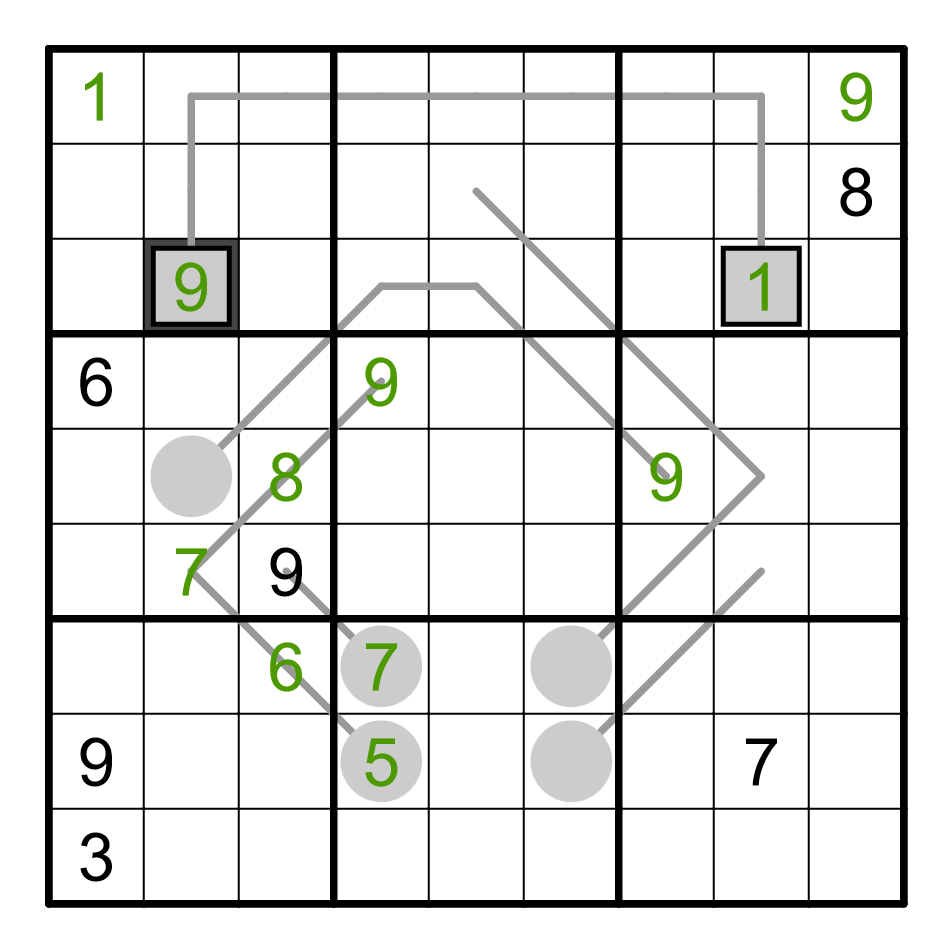 Look at the thermometer starting from R7C6. It cannot have 5 anywhere on it: the spaces in the middle right square are blocked, the terminus must be 7 or 9, and R3C6 cannot be 5, because that would force R4C7 to be 4, which is blocked. This implies R2C5 cannot be 7, since if it were, we would again force R4C7 to be 4. This allows us to place all of the 9s in the grid, and forces R7C9 to be 3. Moreover, we find that R4C7 must be 7: it must be at least 4 and at most 7 given its position on the thermometer, and 4, 5, and 6 are all blocked. The grid thus far: 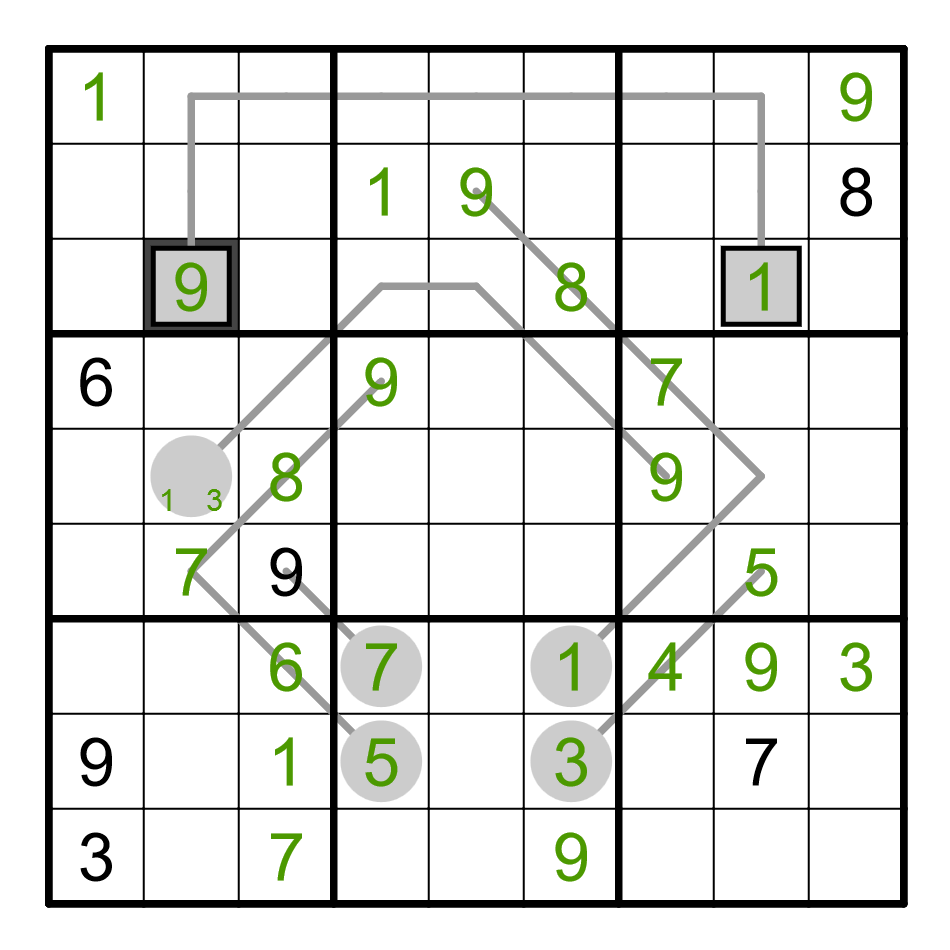 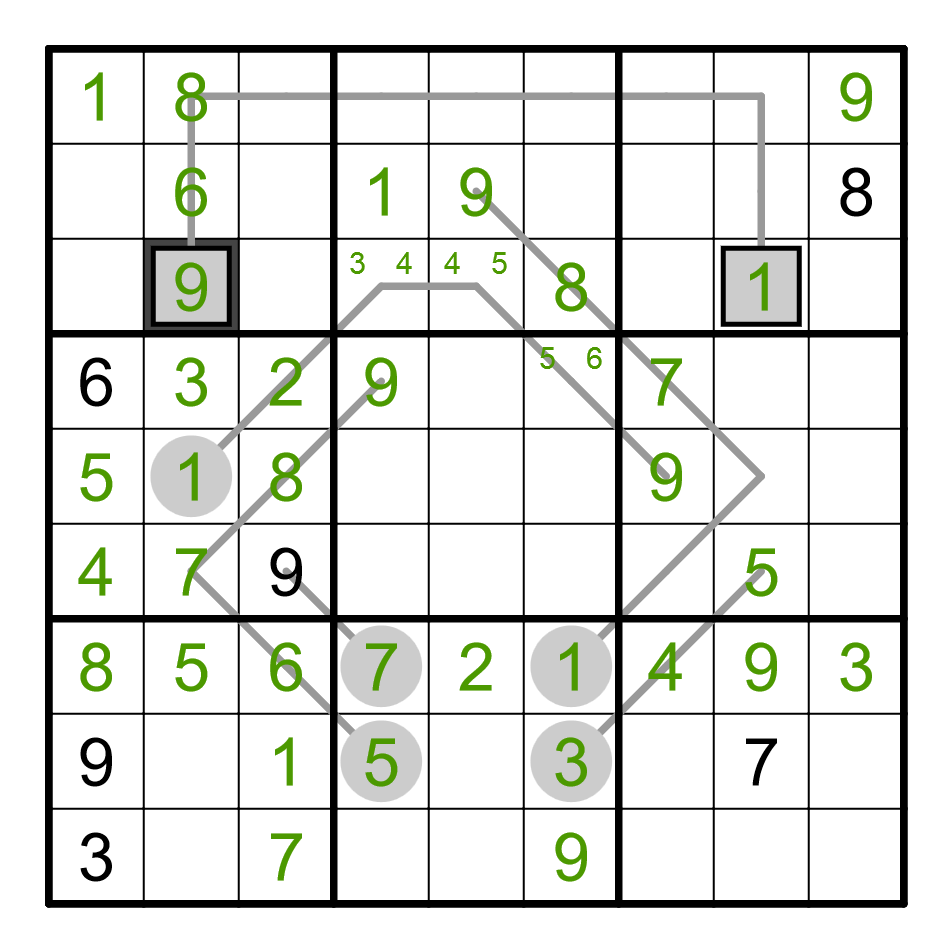