Sudoku: Episode 64 - Attack of the Clones

An 8x8 Sudoku where you technically only have to figure out 32 cells! Twice Half the cells, double the clues! 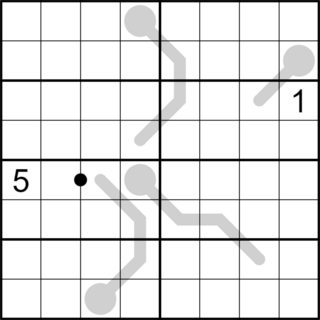 If I've interpreted the rules correctly, then this should be the solution: 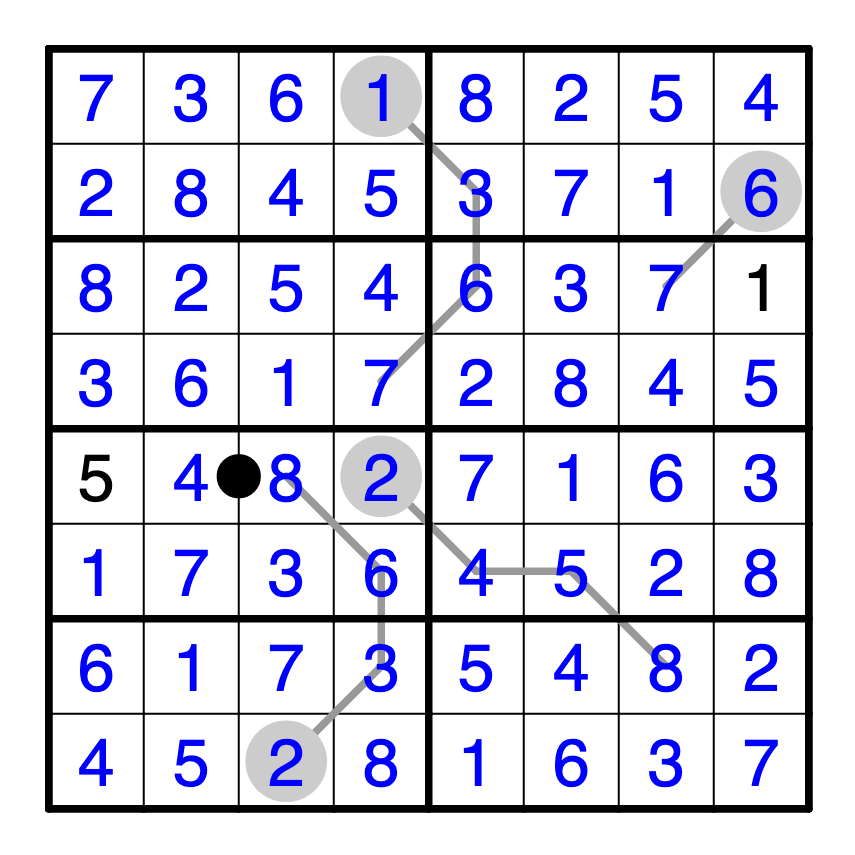 We start off by

copying over the given digits to their rotationally symmetric cell, as well as copying the thermometers for ease of solving: 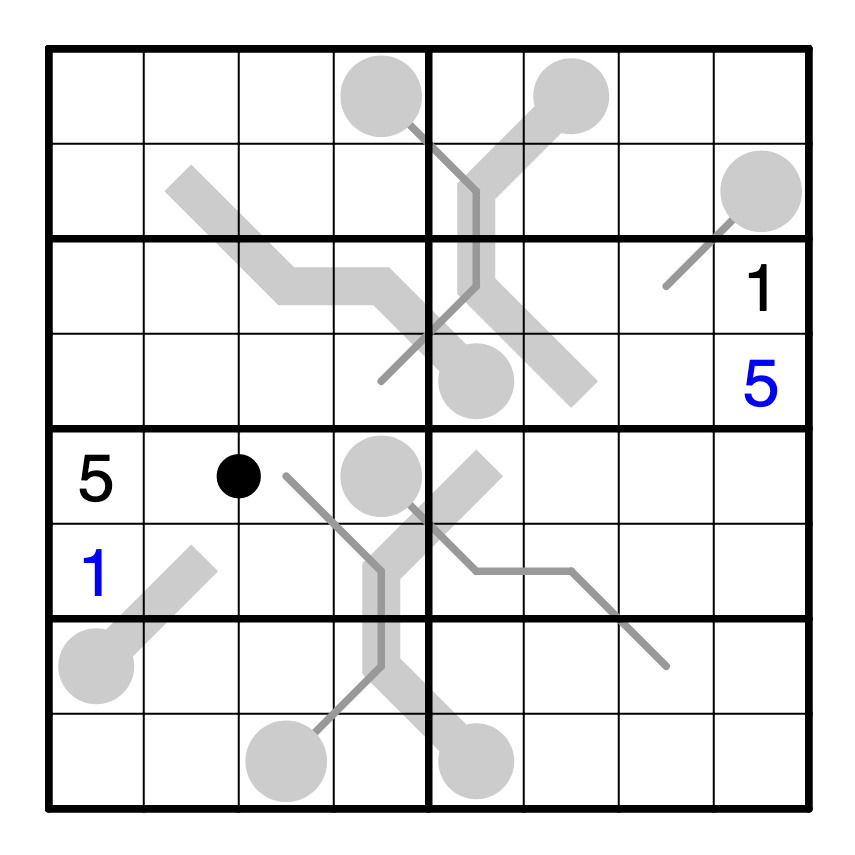 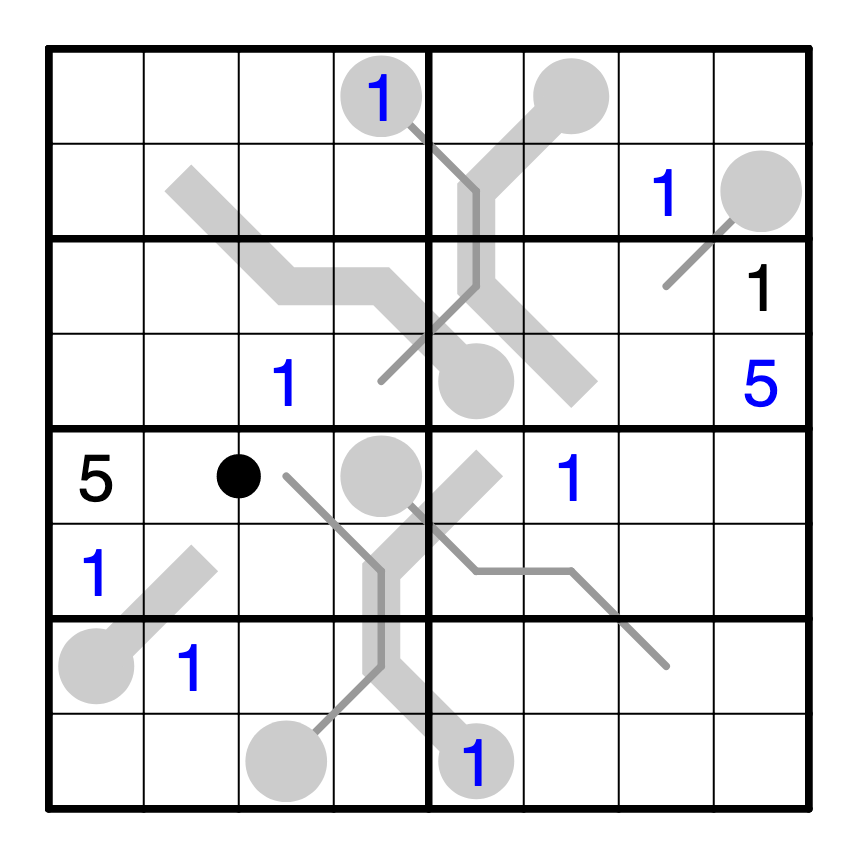 Now, we can note that 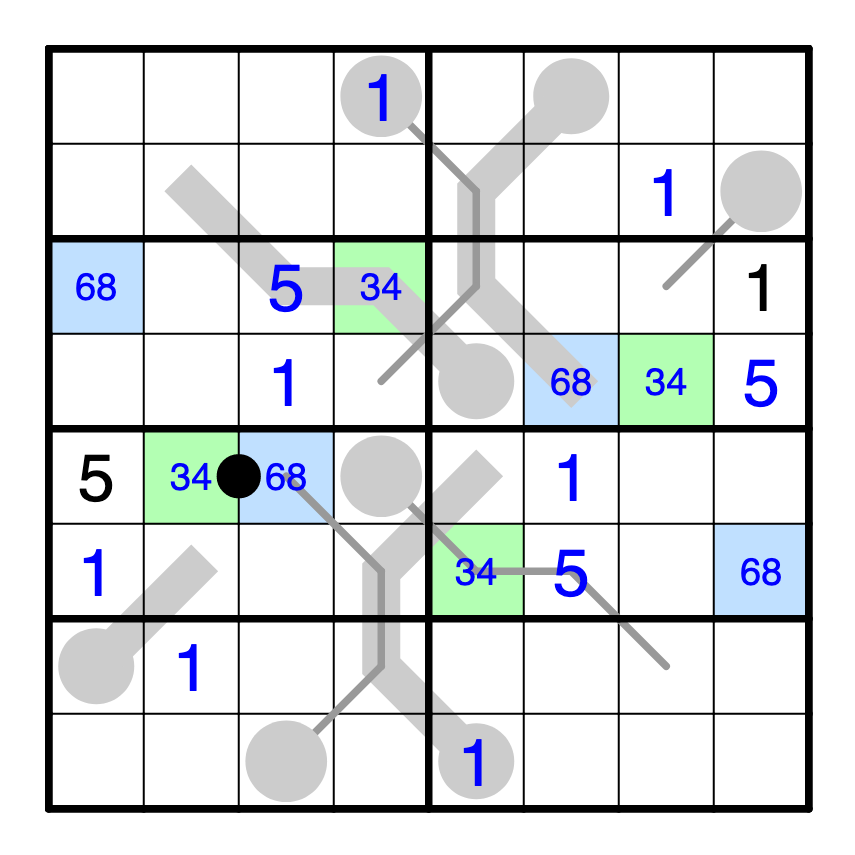 Building off of this, we can now determine 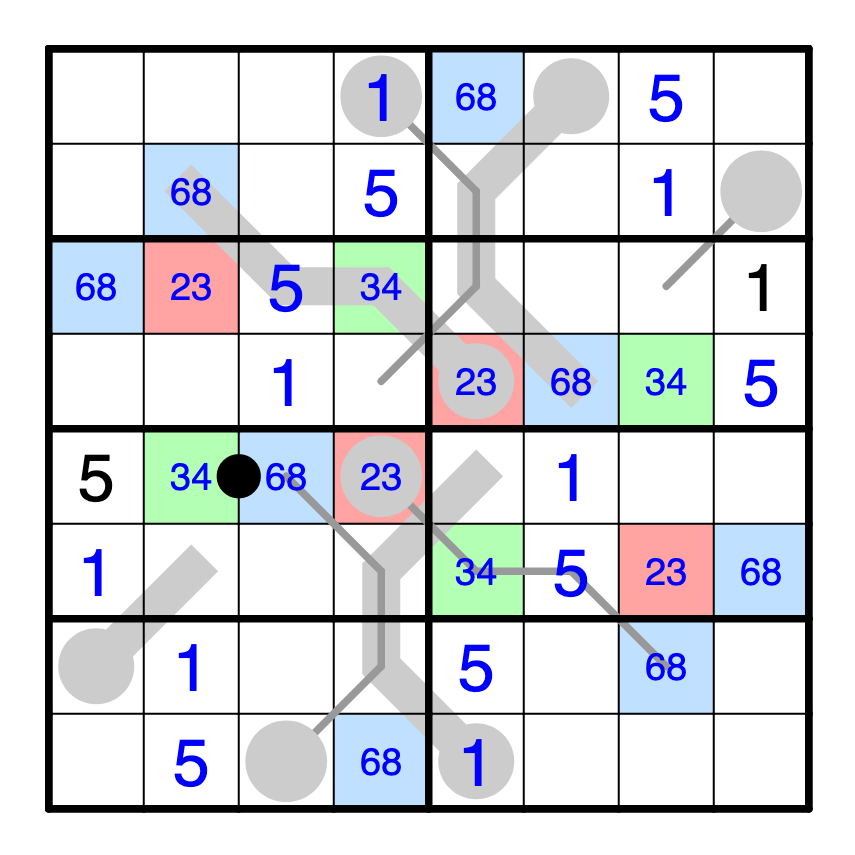 The next step involves a bit of "what if?" reasoning - if there's a more straightforward logical way to proceed, then let me know: 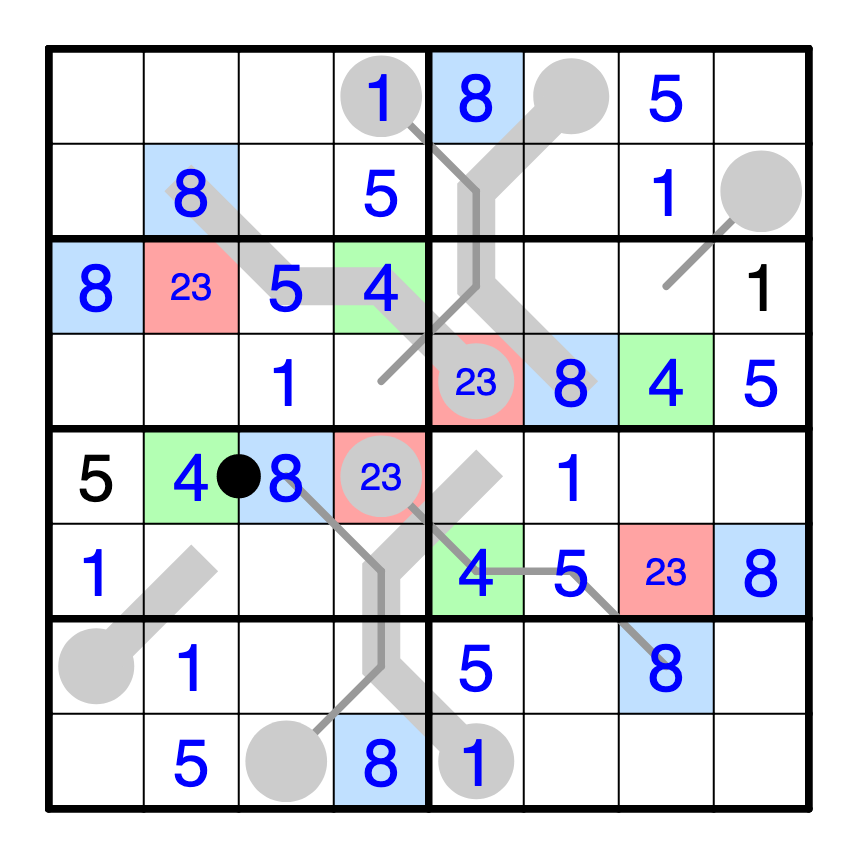 We're at the home stretch now! Next, we see that 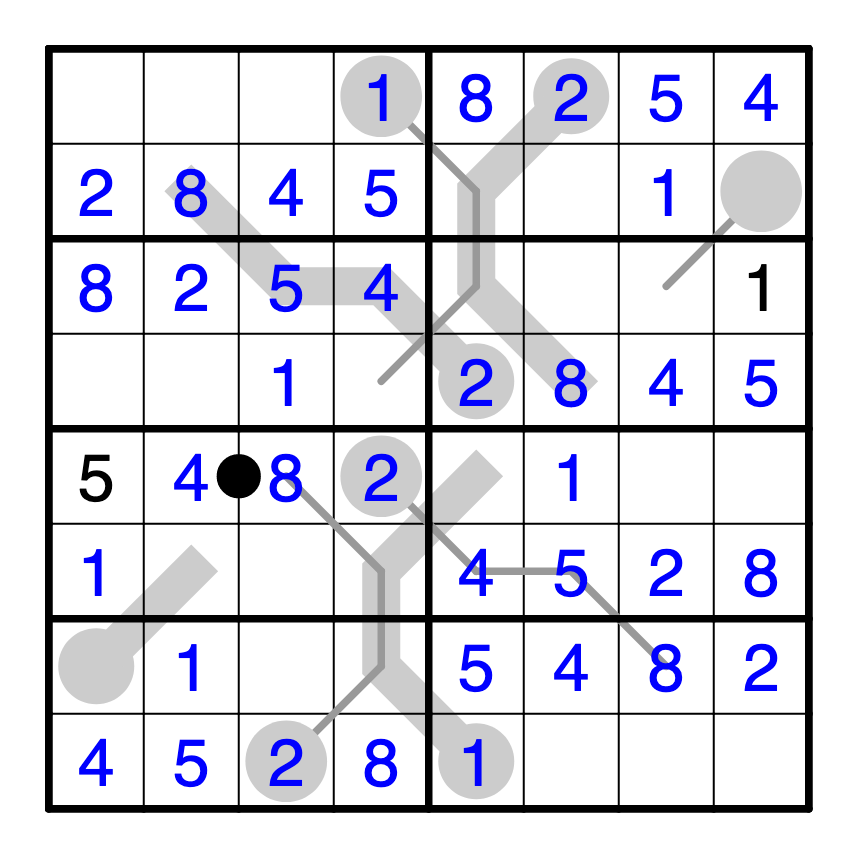 And now, we can finish it off pretty simply:

R7C4, R6C4, and R6C5 have to be 3, 6, and 7 respectively. This forces R2C8 to be a 6 and R3C7 to be a 7, completing that thermometer. The rest of the grid can be completed straightforwardly, using sudoku and knight move rules as necessary to get our final solution:

8
A spartan skeleton Sudoku
8
Skeleton sudoku, the second
13
Colombian Sudoku
10
Another Colombian Sudoku
19
Tic tac toe - Sudoku: A variation in which the centre box defines the layout of the other boxes
13
Sudoku variation: Using various chess moves, solve the grid from just two numbers
9
A half-shading Nurikabe
12
A sudoku that's already filled in for you
27
A Puzzling Sudoku (Warning: Hot!)
16
The Golden Age of Sudoku