Edit: Clarified three of the rules. 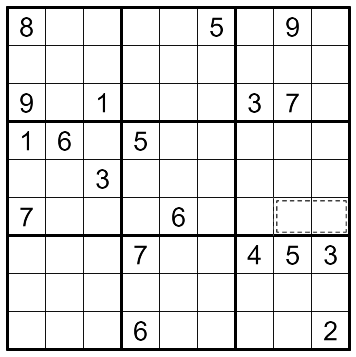 For convenience, here is a link to the sudoku.

The final answer is: 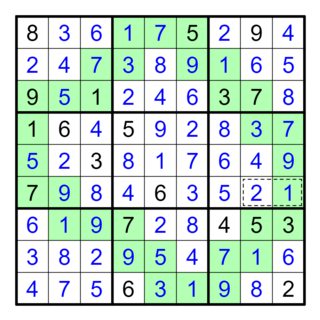 Start with the left middle 3 x 3 square. The loop there must go through R4C1 (It can't go through R4C3 since that cell shares an edge with a '5'.). Using Sudoku logic, we can resolve the numbers that must be part of the loop. Then, on the lower right 3 x 3 square, the '5' and '3' must be part of the loop. This loop must extend left to connect with the bottom middle square. The loop must first extend from R7C8 to R8C8 (it can't be R8C9 since that cell will still require the use of R8C8 and create 3 connections for R8C8). Then, we can fill in 1 in R8C8 since that is the only odd number available for that square. After that, the loop cannot extend to R9C8 since 7 and 9 are already in column 8, and as such, we would have no odd numbers to place in R9C8. So, it must go left to R8C7. Then the last odd number will share an edge with the loop no matter where you place it in the grid, so it must go in R9C7 (to prevent the other cells in the loop from having 3 connections). The grid at this point: 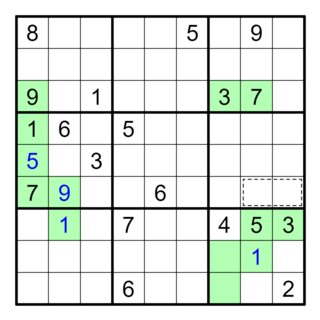 Then, the loop from the lower right square must enter the middle right square via R6C9 (part of the cage). So, the cage must be an odd number. Preliminary options are (21, 35, 49, 63, 91). We can eliminate 49 and 91 since there is already a 9 in row 6. 63 can be eliminated since column 9 already has a 3. So, the only remaining options are 21 and 35. Then, 35 is eliminated because numbers belonging to the loop must only be connected on 2 sides. Therefore, the number in the cage is 21. After that, we can use Sudoku rules to fill in the 3 in R4C8 and 5 in R6C7 in the middle right square. The '3' and '7' in the upper right square must be part of the loop and its connection to the middle right square is via the 3 in R4C8. Column 8 is already filled with odd numbers, so the loop must go through (R5C9, R4C9) to get to the 1 in R6C9. Back to the upper right square, the loop must then exit this square via R2C7 (It cannot go all the way to R1C7 since R1C7 will then have 3 connections to cells with odd numbers). Therefore, the 9 cannot be a part of the loop, and neither can the cells in R1C7 and R2C8 contain an odd number. Then, using Sudoku logic, 5 can be placed in R2C9 and following that, we can place a 5 in R3C2. After that, we can use loop connectivity rules and Sudoku logic to fill in some of the odd numbers in the upper part of the grid. 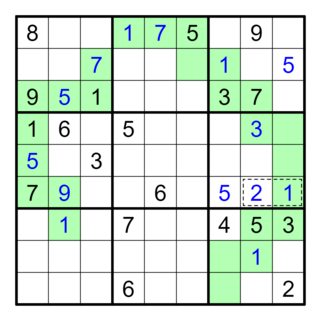 Then, we can focus on the bottom part of the grid and realise that the loop must connect via R9C6 and snake its way up to the 7 in R7C4. The first three cells that must be used are (R9C6, R9C5 and R8C5). After that, the loop can either take R8C4 or R7C5 to connect to the 7 in R7C4. However, connecting via R7C5 would mean that number is 9 and that will use up all the odd numbers in Row 7. As such, there would be no way to connect to the bottom left square (the only link is R7C3 but no odd numbers can be placed there). Therefore, R8C4 must be part of the loop and not R7C5. Then, it can only connect the lower-left square by R7C3 and the only odd number that can go into R7C3 is 9. This also means that all other odd numbers in the lower-left square cannot share an edge with the loop. So, using Sudoku rules, we can figure out that 5 is in R9C3, 7 is in R9C2 and 3 is in R8C1. After that, we apply Sudoku rules again and resolve most of the loop. 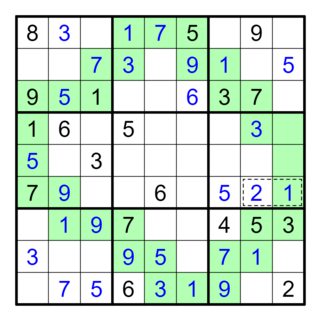 After that, it is just easy Sudoku logic. We can start filling in the even numbers on the right side of the grid until we get here. 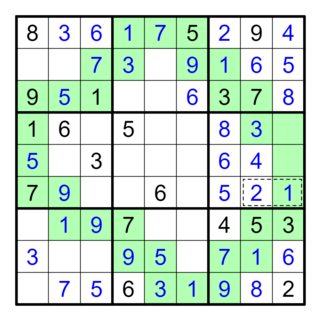 Then, again focusing on just filling in the even numbers, we can resolve most of the top and bottom parts of the grid. 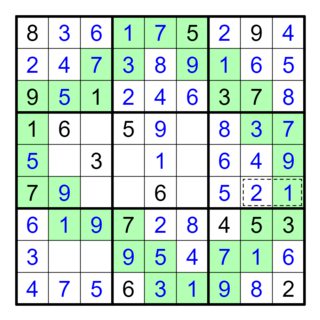 Then, we have enough numbers filled in to solve for the rest of the grid and we will reach the final answer shown at the start.