Welcome to the tenth puzzle in this series! For more information about the series, see the first puzzle and the introduction. Enjoy! 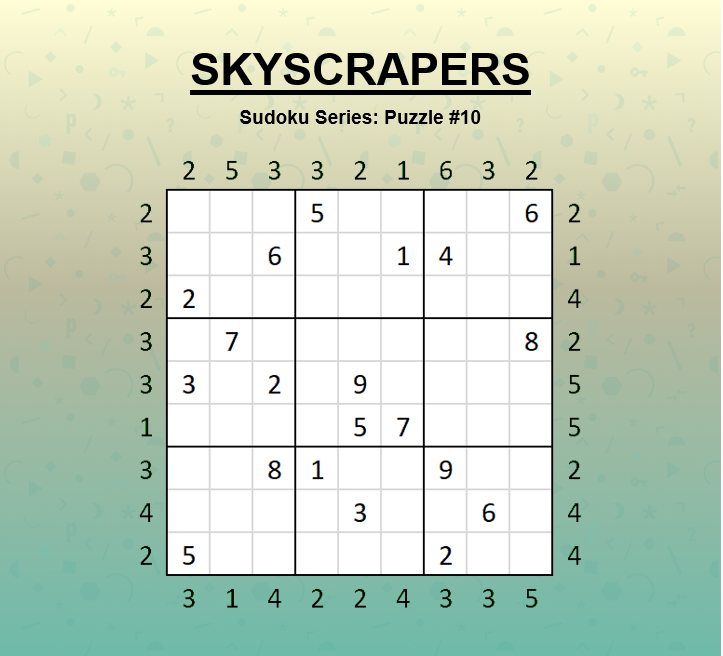 Visual representation of the rules: 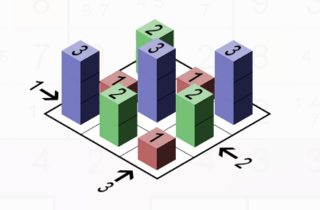 Hopefully that makes sense, if not I can try and clarify further!

This is one of my favourite wacky sudokus, and also this is one of the harder ones, so if a full explanation is possible please give it!

I'm especially interested in the logic people find for this sudoku... 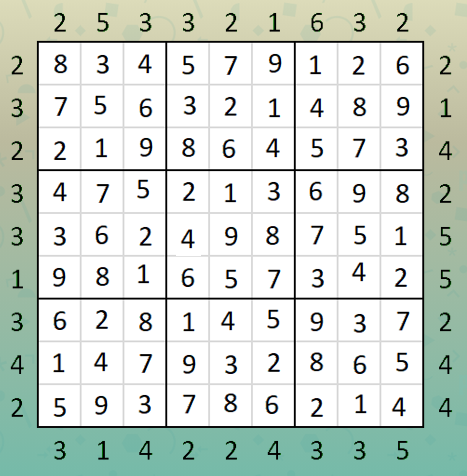 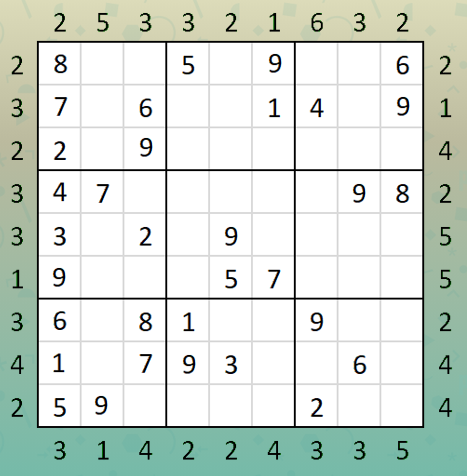 In the first row, 7 is blocked from the upper left square, and cannot be in the upper right square since we would then see three buildings from the right. So R1C5 is 7. The 2 building view looking down column 5 forces the 8 to be in R9C5, with Sudoku rules forcing R8C7 to be 8 as well. Back to the upper right square, its 8 has to be in R2-3C8, but it cannot be in row 3 since we would only see 3 buildings from the right. Sudoku rules let us finish row 2.

Some miscellaneous deductions come now. In row 3, since we only see two buildings from the left, R3C2 has to be 1. In column 4, the only place a 7 can go is in R9. In the top row, the two missing cells in R1 are 3 and 4, meaning the missing cells in the upper right square are 1 and 2, and their positions are forced. Column 5 only needs 1, 4 and 6, and their positions are forced too. The grid thus far: 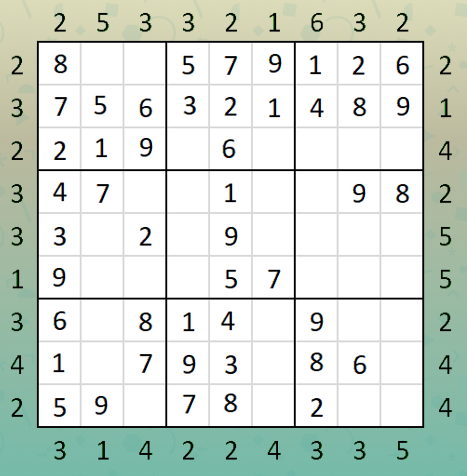 The 6 in the lower middle square is forced to be in R9C6. This leaves the possible values for R9C8 as 1, 3 and 4, which are all less than 6; thus the 7 in column 8 must be in R3C7 to see only three buildings from the bottom. This forces the 7 in row 7 to be in R7C9 by Sudoku rules, and R5C7 finishes the placement of the 7s. 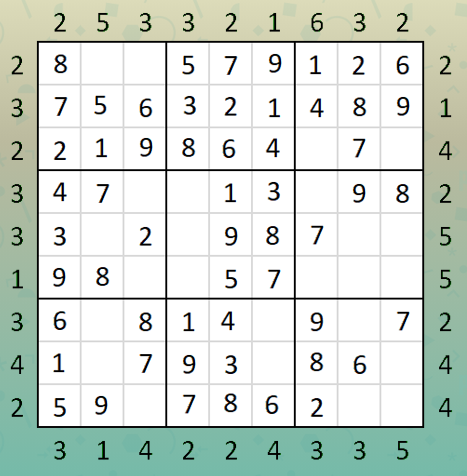 By Sudoku rules in column 2, the 6 must be in R5C2, the placement of which forces the entire middle left square. In the bottom row we cannot have 1 in R9C9, since we would see 5 buildings from the right, so R9C8 must be 1. We complete the placement of 1s with R5C9. This forces R6C9 to be 2, which in turn forces R4C4 to be 2. The rest is just Sudoku fill-ins.