They say there's no place like home, but for people who love nothing more than being on the move and visiting new exciting places, what really counts as home? While travelling has certainly become more accessible in recent decades, there is still a lot of bureaucracy one must be prepared for when crossing borders from one country to another. Sometimes I wish there was one standard form one could fill to get the permission to travel anywhere in the world. That may sound completely outlandish in 2020, but let's not forget that plenty of things that we take for granted today must have sounded equally improbable for past generations. If you've been following closely, maybe you can figure out what the people of the future might call this all-encompassing traveller's paperwork!

The nine "around" answers running the entire way around the grid are the answers to the nine previous puzzles, in the order they appeared in the series. Because there is too much space in the grid, some cells must be left empty. Gray cells must be filled, pink cells must be empty, and white cells can be either empty or filled. All "around" clues run clockwise, and all axial ("inward") clues run from the outer edge of the grid towards the centre.

Thanks again for following my travels. Until next time! Take care. 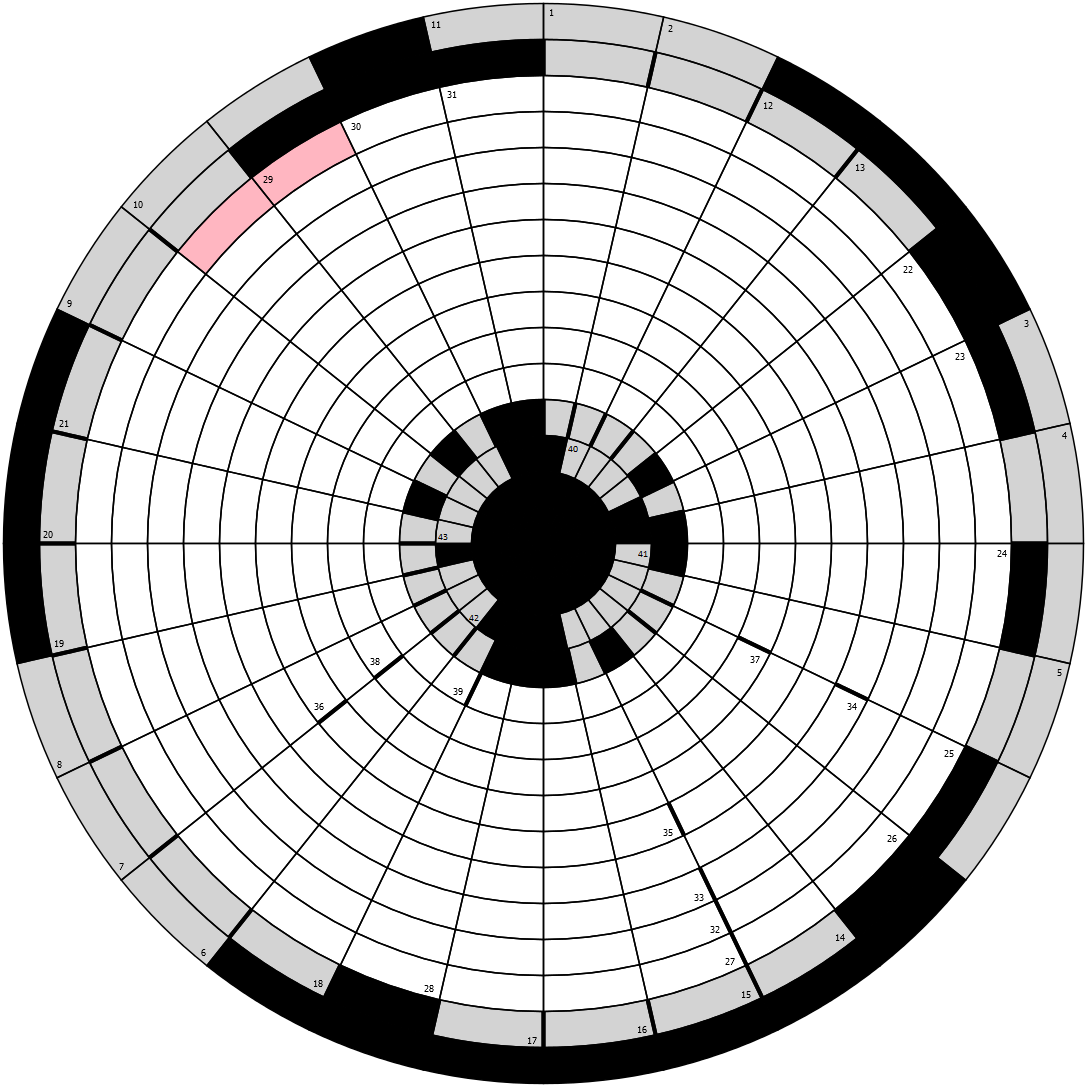 I've "cut" the grid at the 12:00 line and unwrapped it, for easier viewing. The blue columns are where it wraps around to the other side.

HIGHLIGHT EIGHT WHITE COLUMNS CLOCKWISE, STARTING FROM PINK CELLS.
When we do that, we get a message spelled out in those columns!

I've cut the grid in a different place to make it more visible - the highlighted columns, when read in normal reading order, spell out what Gladys' futuristic form is -- a WORLD CITIZENSHIP APPLICATION!