This is part 7 of the puzzle series. Part 1 is here.

I have to say that I didn't quite get enough of the sun and sea in my last stop, so I've decided to come to another place that has plenty of both. Mind you, there is plenty of history here to be admired as well, so you can't say I've just been lying on the beach this whole time!

Hidden inside the grid are seven items belonging to a common theme. Two are plainly visible, albeit not within a single grid entry. Five others have been concealed by changing one letter. You must reveal the hidden items by changing five letters, keeping all grid entries as real words. Once all items have been revealed, the corrected letters reveal the final answer.

In addition, thirteen clues contain an extra word, which you must remove before solving. These extra words together, in clue order, hint at the common theme phonetically. Feel free to make use of this hint or not – you may be able to find out the final answer without it. 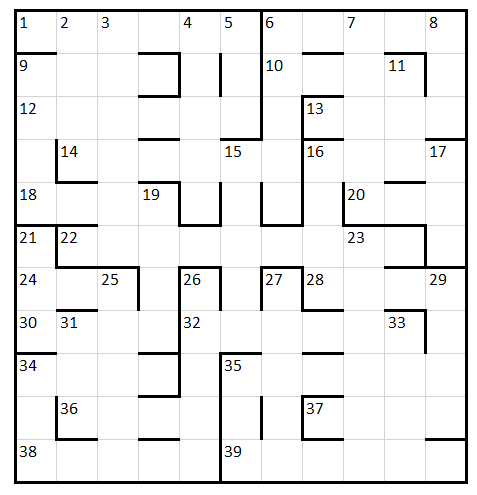 Down
2. Hal Jordan's second ring (4)
3. Schwarzenegger's role as 21 down's dominant entertainer having no substance (6)
4. See you occasionally on the southern side of Pennsylvania Avenue (5)
5. One you and I instill feelings of fear and reverence in (3)
6. Greek father character holding in money (5)
7. Retired American doctor with a Jewish headdress (5)
8. Nothing found between two areas in Philippine capital (3)
9. For Manx folk, direction in which to find the Irish stew cooking? (4)
11. Rodent repellent initially placed above a rubber tree top (3)
15. This lesson covers Great Britain and Ireland, among others (5)
16. River sharks' lunch: cow hearts (4)
17. In fairness, forgetting to improve untidy dwelling? (3)
19. Native Argentine-American can appear at the top (4)
21. Period of time for reaching Proxima Centauri: many seconds (3)
23. Visitors of American clothing retailer given shirt (6)
25. North of Hawaii's key city (5)
26. Catalogues of string players omitting the top three (5)
27. Mob's defence supporting individual involved in murder (5)
29. State of dizziness ultimately affects women – and one man (4)
31. "Smoker syndrome"? Marijuana law's backers unprepared (3)
33. Country boy undressed during a time being lost in Atlas Mountains (4)
34. Drinking establishment to forbid entrance to upright character (3)
35. Life story of sibyl, central character in Greek mythology (3)

The completed grid is: 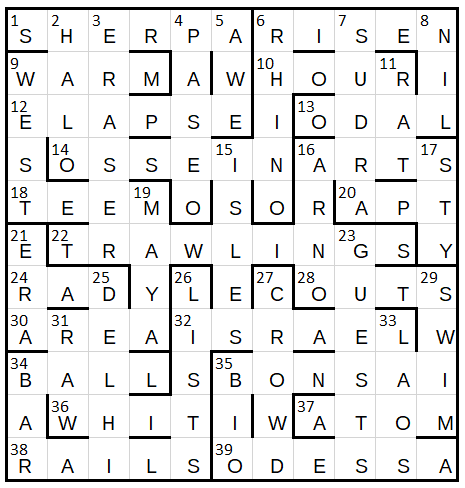 The items hidden in the grid are:

The replacing letters can be anagrammed to spell SPLIT, in Croatia. (Stiv and I got this independently)

Turns out this hint was not needed, but here is the explanation anyway. The extra words are Scotch, award, lover, Bean, difference, Vietcong, dominant, father, rubber, Argentine, Centauri, syndrome, Mountains. All of these have a synonym or related word in the NATO alphabet: Whiskey, Oscar, Romeo, Lima, Delta, Charlie, Alpha, Papa, India, Tango, Alpha, Lima, Sierra. These letters spell out WORLD CAPITALS.