This is part 3 of the puzzle series. Part 1 is here.

Today I'm visiting a place that has been completely abandoned for centuries. That may sound dreary and depressing, but this place is actually full of fascinating sites if you are even remotely interested in history.

This time, you are going to have to draw most of the grid yourself. Don't worry, I have included a few grid lines to get you started! All squares of the grid must be used, and grid lines must be rotationally symmetrical. Also, no word has two unchecked squares in a row. Once you have completed the grid, the letters in the highlighted squares spell out the final answer. 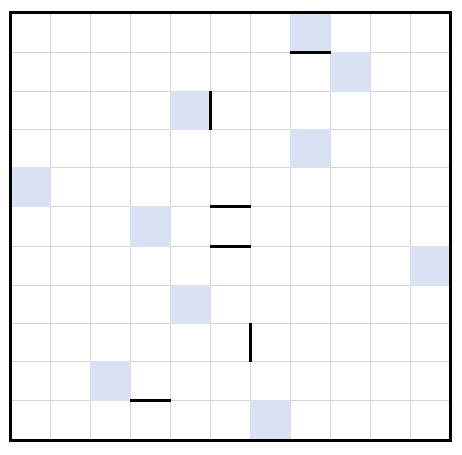 1. Military group's doctor, coming behind, finally reports as working (8)
2. One taking part in the end of fishy tail fins (8)
3. Italian specialty: topless rock band showing flair (7)
4. Answer regarding wrongful act in law (6)
5. Fundamentalist country scrapped New, and Old, Testament (6)
6. I made art quiz describing tiger's eye? (6)
7. Is gorilla maybe allowed to get an appetizer? (6)
8. Italian specialty: one engaged in Islam reformation (6)
9. Man composed Tosca and Mickey Mouse, for example (6)
10. Province's rule changed following acceptance of separatist extremists (6)
11. Religious leaders prevent Stockholm-based group getting rid of father from the south (6)
12. Blown-up Las Vegas left with no large or small living organism (5)
13. Fertile areas in the desert – occasionally not as seems (5)
14. Fish thrown away in trash, along with essentially moldy bread product (5)
15. Italian sauce's turned out to be a source of energy (5)
16. Land not seen from South Georgia (5)
17. New Zealand native and I travel around (5)
18. Oklahoma City Thunder's #1 supporter of basketball in the United States (5)
19. Rock formation's flora made oddly uniform (5)
20. American drug not found in China after revolution (4)
21. Bath—East London transport (4)
22. Celebrity holding party in Illinois (4)
23. Covered walkway leads to altar piece (4)
24. Earth's core not observed in African country (4)
25. Egyptian killers pass out (4)
26. Father's getting a bit of lunch for friends (4)
27. 50% endorsement for shape of US president's office (4)
28. Garment Gershwin's set up (4)
29. It's a bubbly (4)
30. Latter portions of single in valley (4)
31. Marine predator devoured a 41 (4)
32. Move on horseback or walk passing street (4)
33. Reportedly drawn to motion in the ocean (4)
34. Russo brothers beaten in ten seconds (4)
35. Say, Littleneck family's last member's made the head of marketing? (4)
36. SEAT moving from Spain to Italy, perhaps (4)
37. Short dog eats medium-sized sheep (4)
38. Terminal, ultimate one; previous; persist; finally (4)
39. Ubuntu manual's final parts preceded and followed by line break (4)
40. At the back of a ferryboat on vacation (3)
41. Giant bird eaten by crocodile (3)
42. Swimmer scratched left side of heel (3)
43. To doze off, legendary flautist keeled over (3) 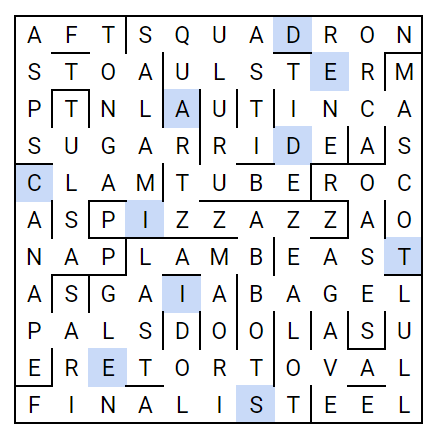 The "dreary and depressing"-sounding place Gladys is visiting, as spelled out by the highlighted cells, must be

the DEAD CITIES, a group of settlements in Syria.