Remember me? I have some exciting news for you. I'm starting on a new journey to visit a few wonderful landmarks around the world.

In case you want to follow my travels, I'll send you a crossword puzzle from each destination and you can guess where in the world I'm travelling. Every site I visit has its own article on the English Wikipedia, and each is recognized as a World Heritage Site in one form or another, although not necessarily under the same name that I use. Eventually I dream of completing certain important paperwork which I hope will be a reality in the future, but more on that later.

To make things more interesting, I'll be including some special rule in every puzzle. In today's puzzle, the answer from the "across" clue clashes with the "down" clue in twelve cells. In these cases, you must note down the letter which is alphabetically in the middle of the two clashing letters. For example, B and F (in whichever order) would produce D, since that is the letter halfway between B and F in the alphabet. The twelve letters so produced spell out my today's destination, which is a very impressive coastal landform. Have fun!

Gladys featured in an earlier puzzle series, which starts at Introducing Gladys. No knowledge of the previous series is required in these new puzzles. 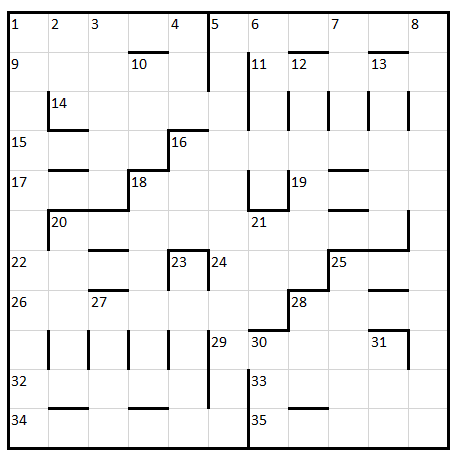 The completed grid (with clashing squares containing first Across letters, then Down letters): 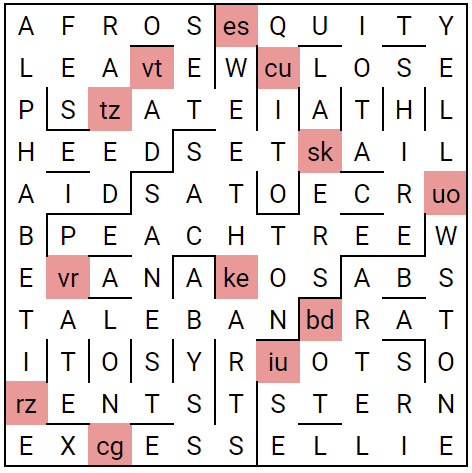 And from averaging the letters in each square (top to bottom, left to right), the answer is spelled out: