Is there another name for this puzzle? (Kyudoku, Nine Find)

Is there another name for this type of puzzle? I can only find two examples of it online:

In the game you start with a 6x6 grid filled with the numbers 1 to 9. One number on the grid is circled. The aim is to remove numbers (you can't remove the circled number) so that: 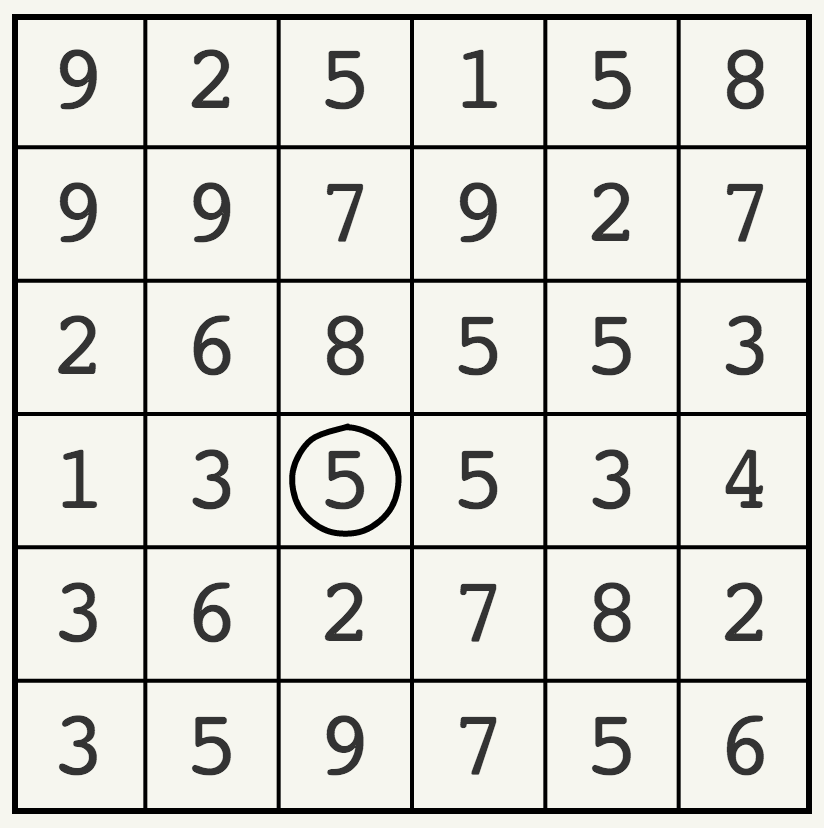 And remove all of the number 5's except for the one that is circled: 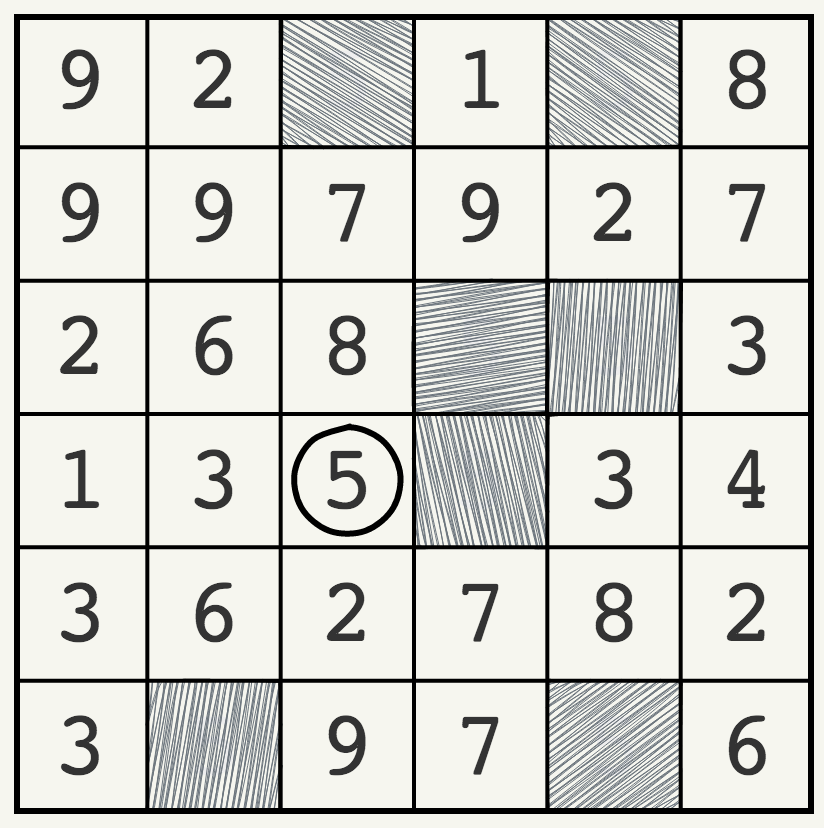 You can then remove the numbers 7, 8 and 9 from column 3 because, when added to 5, the answer is greater than 9. And so on, until you end up with a grid that looks like: 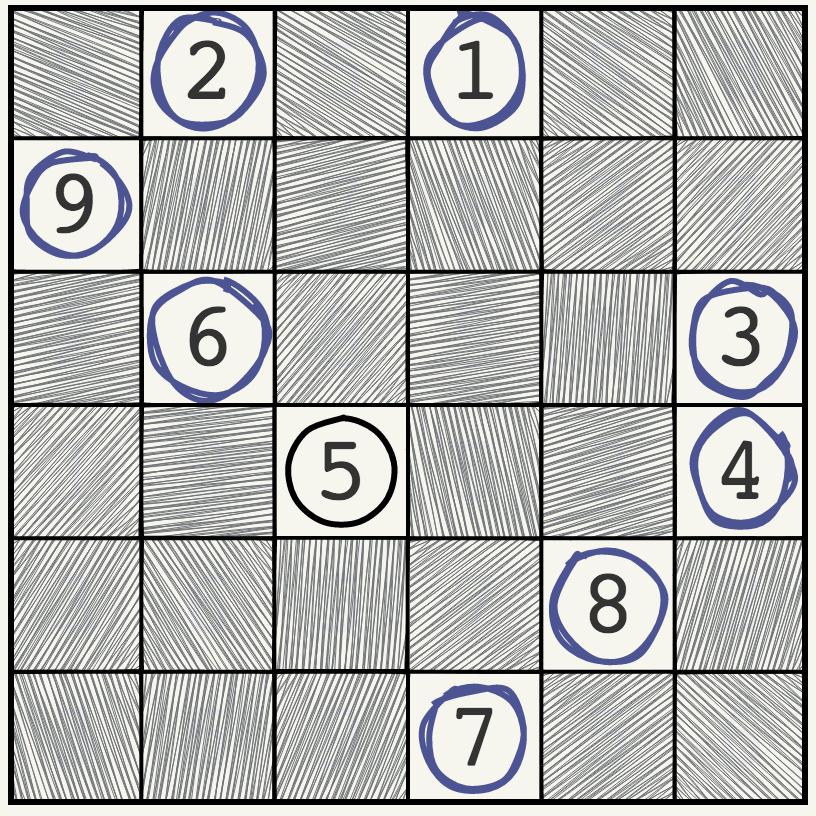 I believe not. We did just learn about it existing a few days ago. Plus, googling the word Kyudoku gives this link and this video, so I believe that Kyudoku is the only existing name.

Not the answer you're looking for? Browse other questions tagged grid-deduction puzzle-identification or ask your own question.

42
fill this grid with water!
6
Is there another name or site for this “Dominotion” puzzle?
3
Fill up the grid with the letters 'P', 'U', and 'Z' in the following way
2
Puzzle with numbers you have to add up to get given numbers? Can't remember the name
4
NineFind - Which 9 Numbers Are Correct?
10
Cipher text on an ancient wall
2
Suko-kulink (Sudoku, Suko and Slitherlink tri-brid)
11
Kyudoku :- Introduction