This is a Kyudoku Puzzle. I have made the rules myself.

There will be numbers in a grid. You just have to circle nine unique numbers (1 to 9) such that each row and column has sum of 9 or less. In some puzzles, one or more circled numbers may already be given.

Here is the real puzzle. 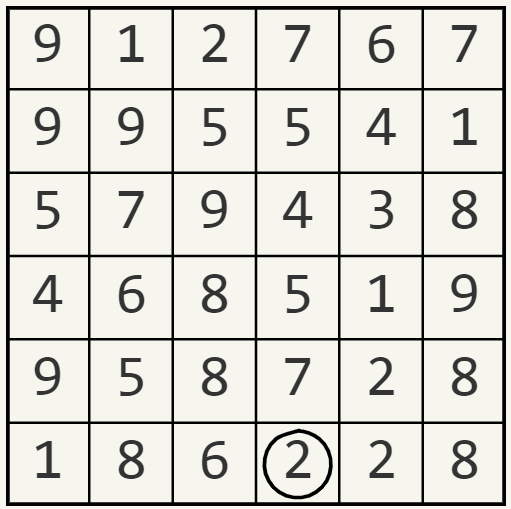 Note:- This is not a puzzle of my own. There are puzzles similar to this you will find in the internet, but it has not been introduced that well in PSE before.

The 2 is already circled, so we can grey out all the other 2s in the grid.

There's only one 3 in the grid, so circle it and grey out everything else that follows from the 2 and 3 in their rows/columns.

There are only three ungreyed 8s in the grid now (on the fourth and fifth rows), so one of them must be circled.

There's also two 9s in those rows; assuming either of those 9s circled, we would know exactly which 8 is circled, and we can quickly obtain a contradiction. So both of those 9s can be greyed out.

There are only three ungreyed 9s in the grid now (top left corner), so one of them must be circled.

Now we know that 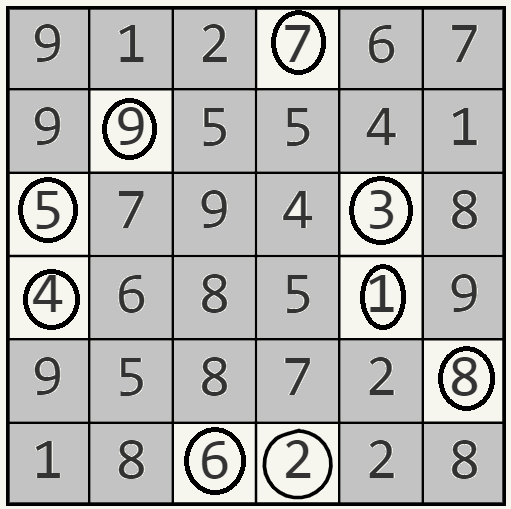 Here is the answer you are looking for: 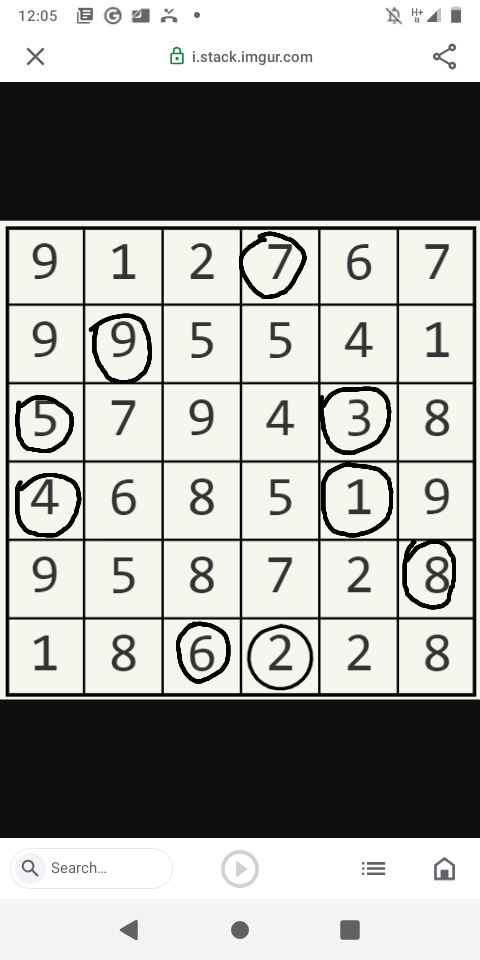 First of all some obvious deductions, the crosses are the excluded numbers: 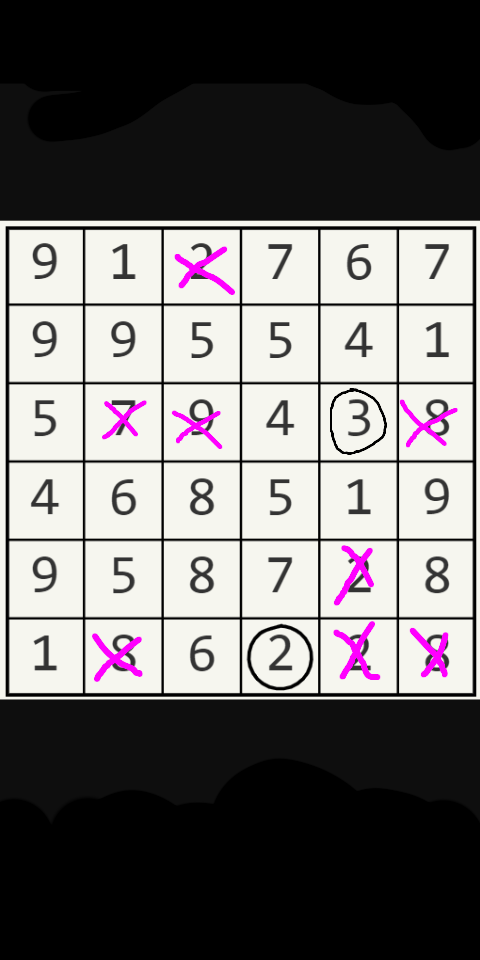 The 4 in column 1 as a hypothetical number ringed and using some deductions this lead me to this: 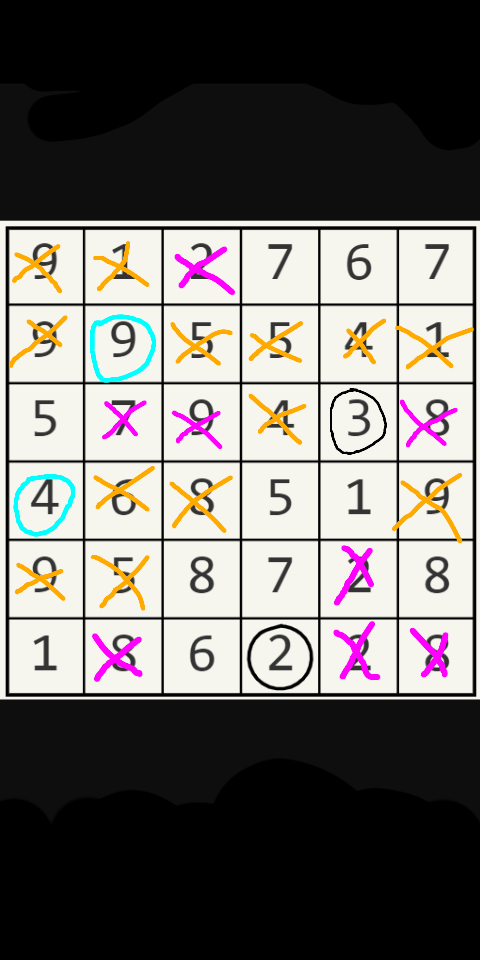 Then with this hypothetical:

I saw that if 5 was circled it would lead to this contradiction in column 3 so 5 is crossed out: 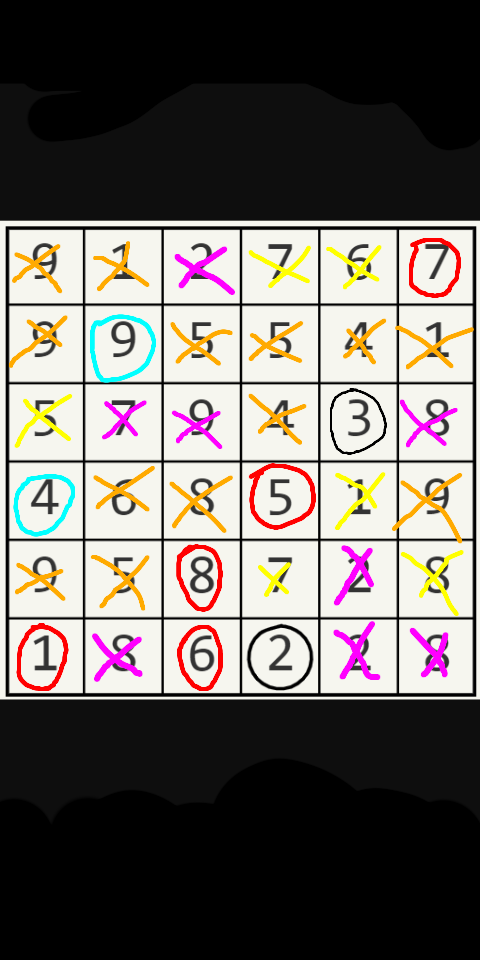 Then I figured out

That the 5 in column 1 must be circled and that there needs to be 3 numbers that are shared with another number in the columns and 3 in the rows so the 6 in row 6 must be circled then some basic deductions to finish us off leads us to: 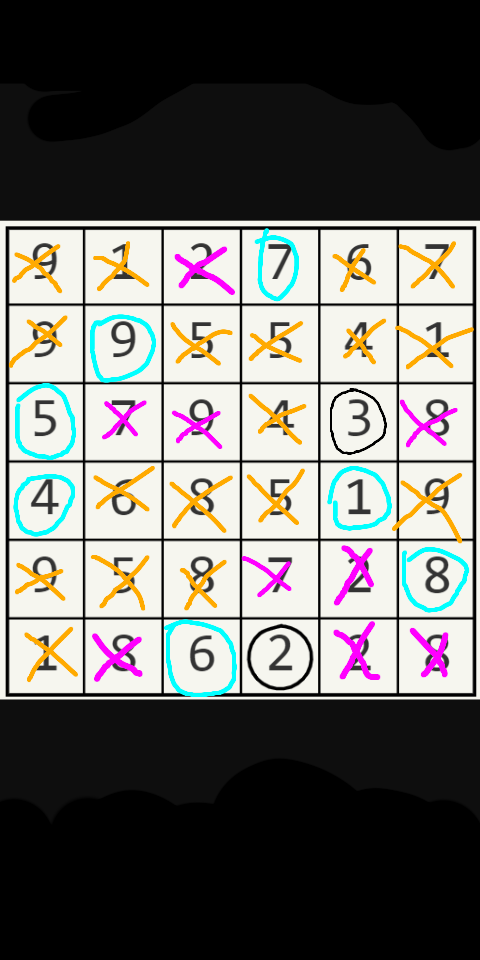 8
Is there another name for this puzzle? (Kyudoku, Nine Find)
-2
Kyudoku :- Merry Christmas?