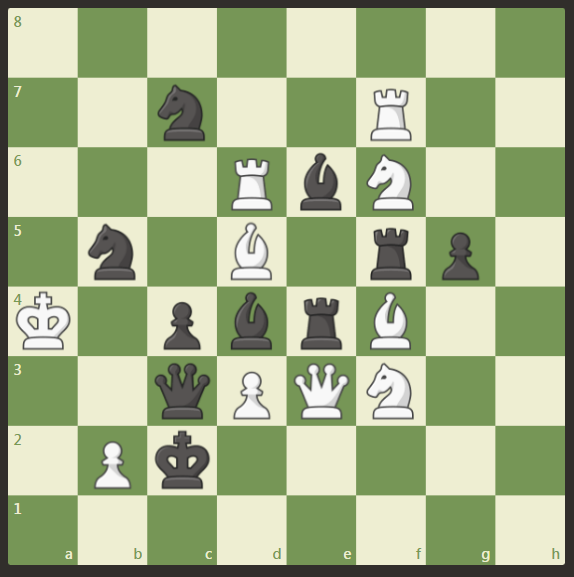 25
A Chess Puzzle With a Twist
16
Replace a piece to checkmate
6
The Knight Checker or Football Chess
13
One-sided chess: Can you stalemate yourself?
5
Move chess pieces to flip starting position in center
5
Switching Black and White
4
Doubled Knights redux
0
Checking Centered Knights
4
Bow or lazy checkmate?