Replace a piece to checkmate 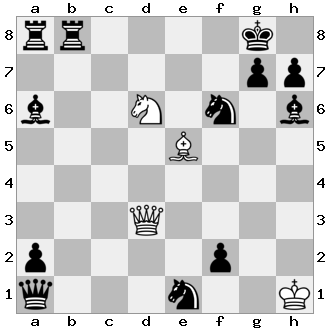 Nina, playing white in the diagram above, stared down at the board. Two black pawns were close to promotion, and Nina's position was utterly hopeless. "If only I could replace that piece," Nina said, pointing to one of the white pieces on the board, "with that piece," she pointed to one of the captured white pieces, "I could deliver checkmate in nine moves."

Which pieces did Nina point to, and how does she plan to deliver checkmate in at most nine moves?

The game is being played with a standard chess set, so since the white king and queen are already on the board, the captured piece Nina points to is not one of these. Also the replacement must result in a "legal" chess position, so Nina cannot replace her king with another piece.

the bishop and a rook.

Not blocking with pieces only makes the mate faster. Moving the king to f8 instead of h8 allows Qf7#.

This is a classic smothered-mate motif.