On The Subject of S.E.T

(This is the first in a series of puzzles written for Timwi for a Secret Santa puzzle exchange, themed around various custom modules for the game Keep Talking and Nobody Explodes. No KTaNE knowledge is necessary for any of these puzzles except the final meta; each puzzle resolves to a single word or short phrase.)

On The Subject of S.E.T. 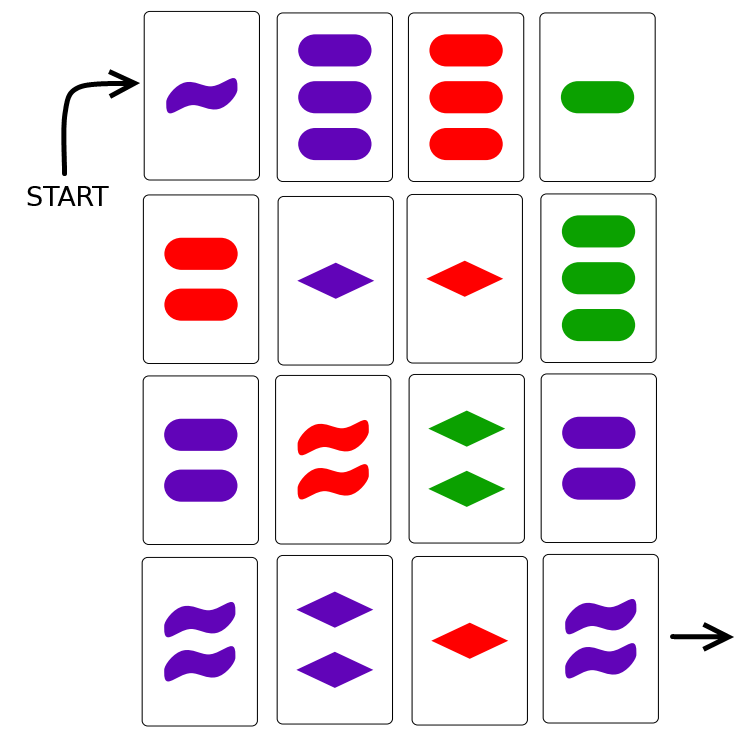 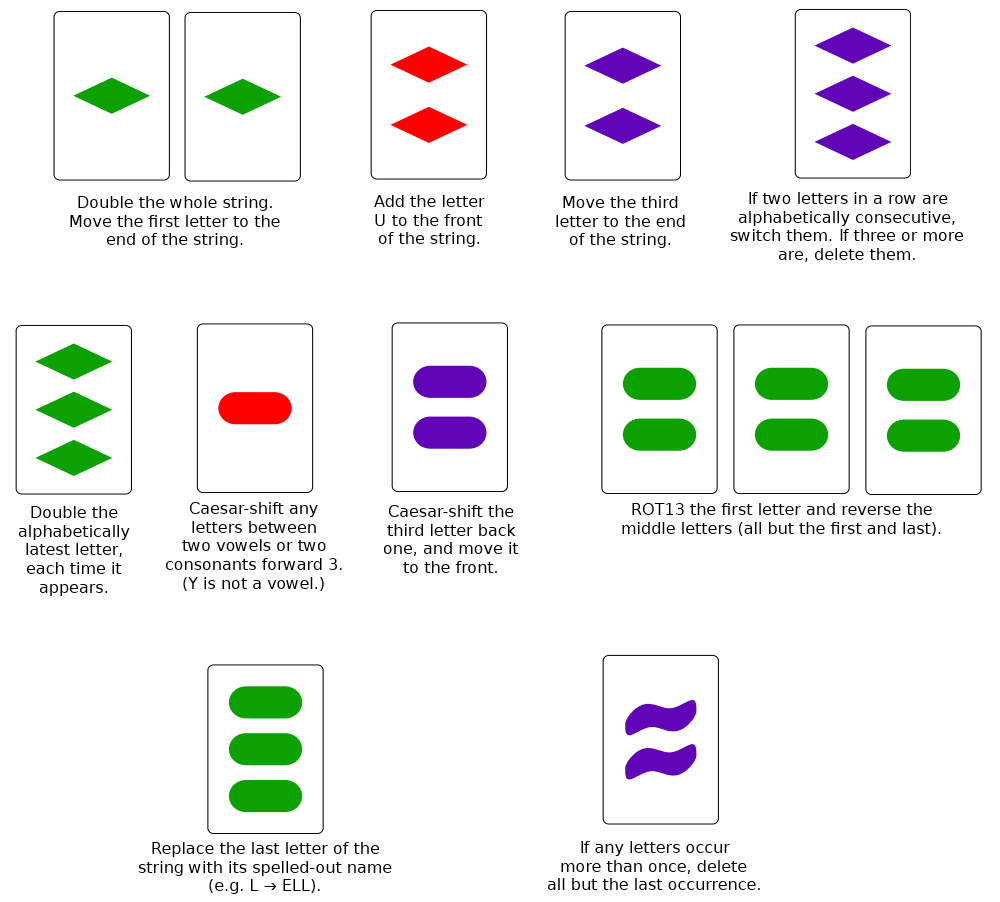 We move on the grid by playing one of the available move cards in such a way that the card forms a valid set with the previous and next cards on our path. We can start by crossing borders for which there is no valid move card. 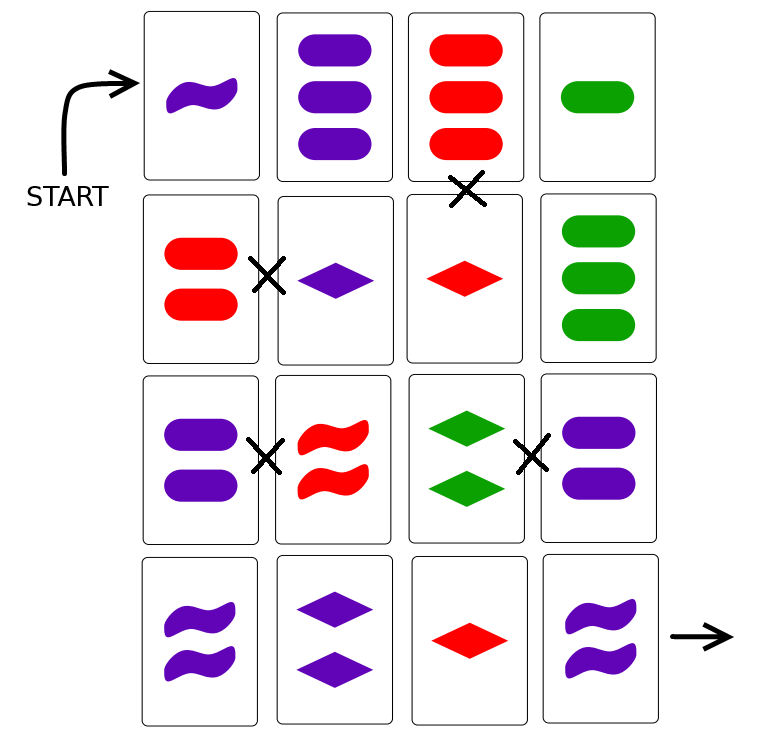 If we start following the path downwards, we will soon arrive at a situation where neither of the borders to the final card are accessible because we have already used the corresponding cards. 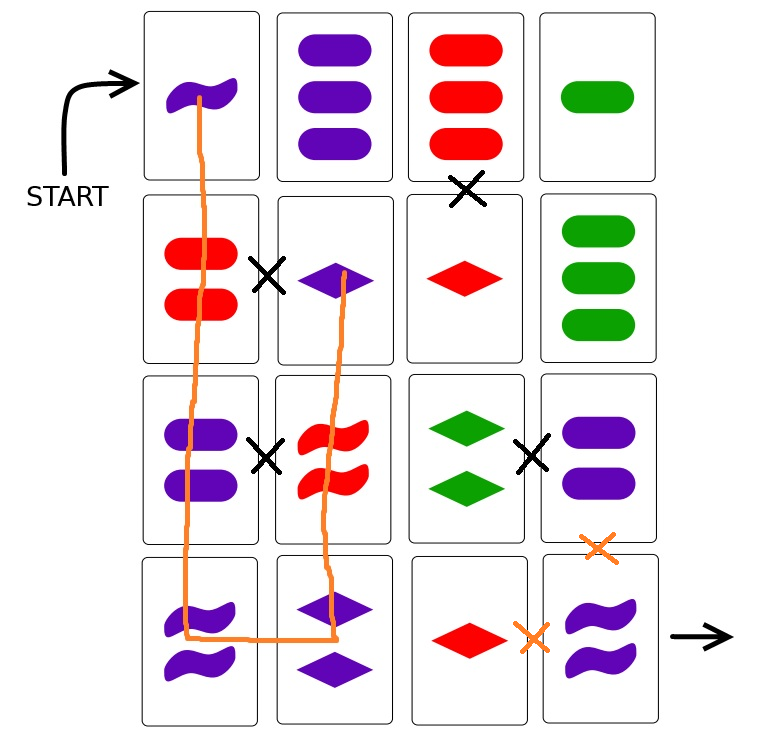 In the above, we cannot turn right sooner on the second column either because we have used those cards already. 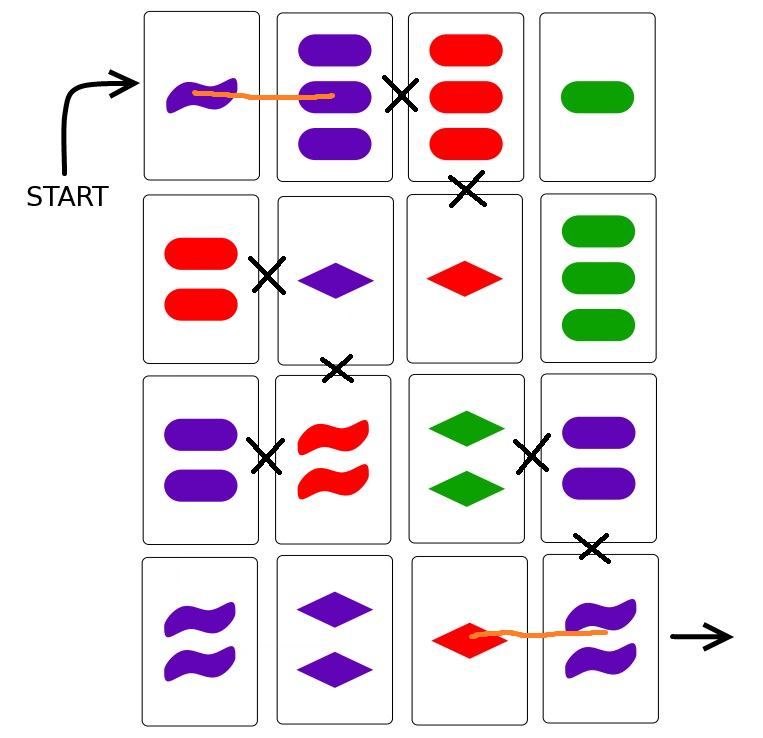 Now the path to the next couple of cards is already clear and taking the path to those closes again a border on our way to the end. 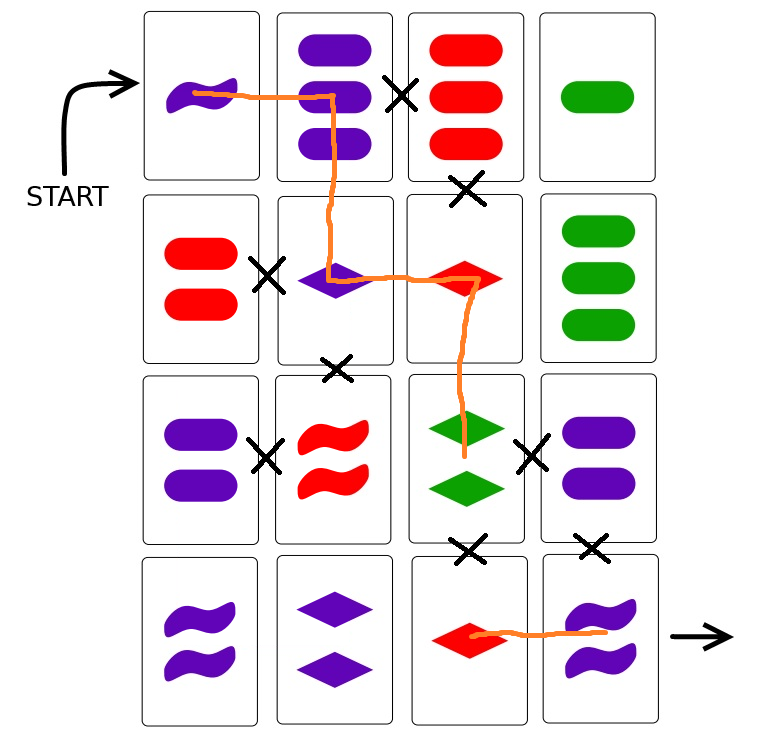 Now there is only one path available. 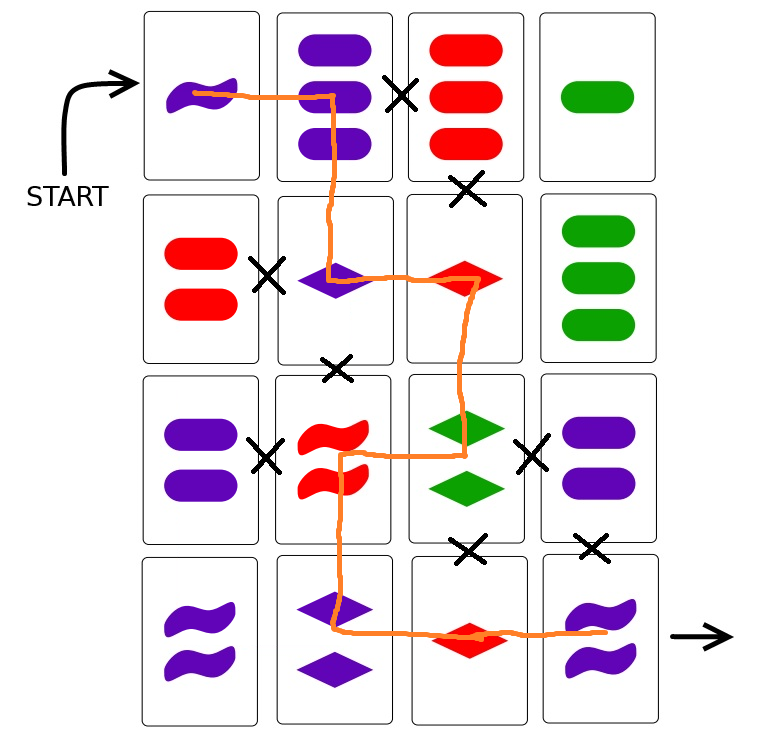 The cards we used were 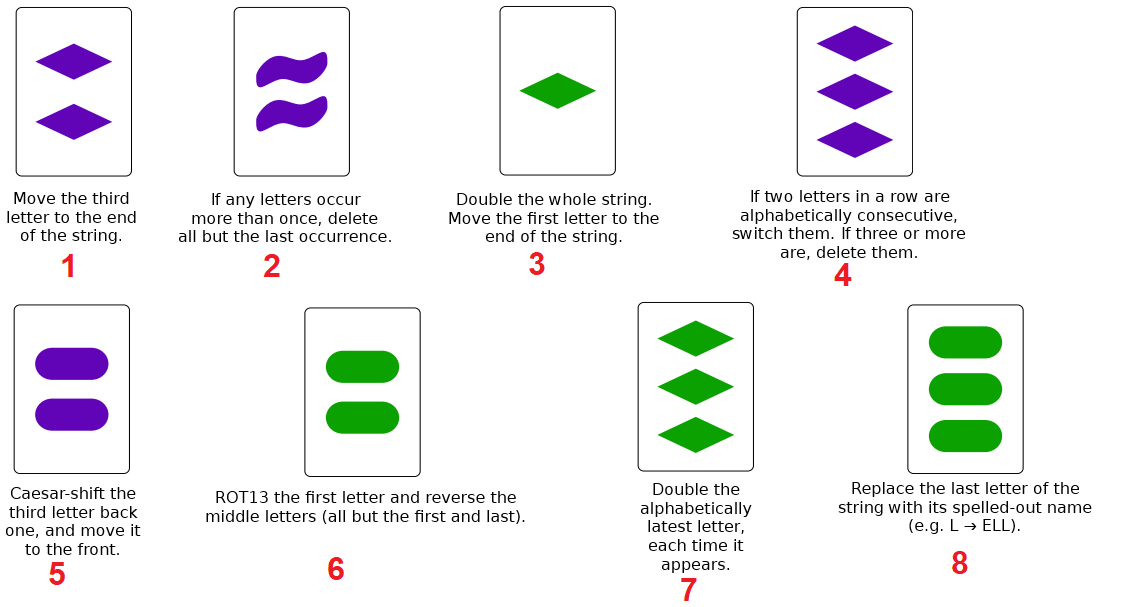 Partial answer because I feel like I'm on the right track and have just made a simple yet important error.

First, the board doesn't quite look like the game of Set! I know, but I think I can figure out what might be going on here. We have 'Available moves', which are cards that allow us to create sets along with the board above. Now I assume the way this is expected to work is that we can move from the 'Start' to the end arrow by completing sets, using cards from our available moves as the third pattern. To test this, I noted the set-completing card between each pair, drawing a red X when that card was unavailable. This leads to the image on the right, which shows all the possible cards and the number of times we can use them. The only valid path from start to finish is drawn in gold.

Because this is the only valid path, I seem to have confirmed my assumptions.

Assuming the above is correct, that leads me to the next step.

Following the path in order we have the following instructions: Move the third letter to the end of the string If any letters occur more than once, delete all but the last occurance Double the whole string. Move the first letter to the end of the string If two letters in a row are alph. consec, switch them. If three+ are, delete them Caesar-shift the third letter back one, move to the front ROT13 first and reverse the middle letters Double alpha latest each time Replace last letter with spelled out name However, I cannot find a starting string that does not lead to gibberish. So far, I have tried START (because it is written on the map), SET (as it is the theme of the puzzle and part of the title), and TIMWI (the person you've made this for), but it's all gibberish. Maybe someone else can find a word that works, or an error in my previous steps. Here are those strings with the rules above applied: START STRTA SRTA RTASRTAS TRSATRSA RTRATRSA ESRTARTA ESRTTARTTA ESRTTARTTAY SET SET SET ETSETS TESTES RTETES EETETS EETTEETTS EETTEETTESS TIMWI TIWIM TWIM WIMTWIMT WW WW JW JWW JWDOUBLEU

Excuse my formatting, I can't get lists to work in spoiler tags (and I'm new to this site, pointers would be helpful).

Not the answer you're looking for? Browse other questions tagged enigmatic-puzzle set-game or ask your own question.