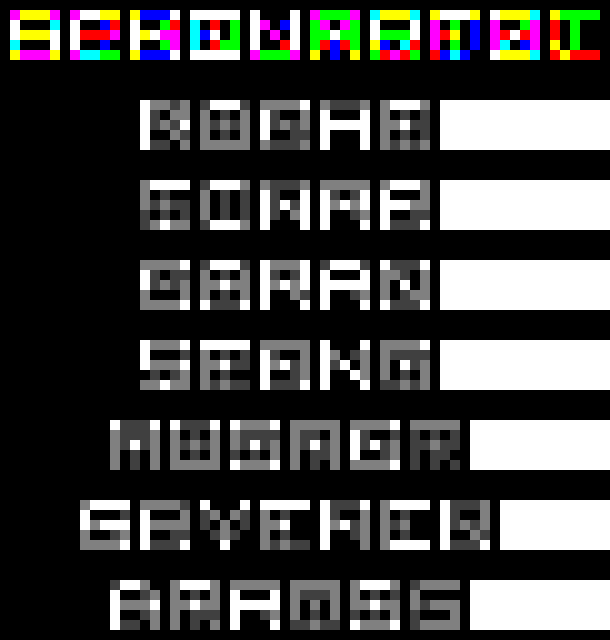 The hidden word is

separating the red, green, and blue channels, revealing this pangram:

One possible set of letters in this font which overlay to produce the monochrome images is this:

For the most part, the letters in a given cell are shown in no particular order, so they will need to be unscrambled.

Descrambling (with help from comments):

each of these groups is three of a set of four. The missing members of each set, written here in the same way as the others of their group, are:

Taking the first letter of each missing word that would have been cut off results in the word "RHOMBUS".

Thank you to hdsdv, Stiv, Matthew Jensen, Bass, and MacGyver88 for their comments picking up where I left off!

If you Filter the image by color, the top bar becomes SPHINX OF BLACK QUARTZ JUDGE MY VOW. This phrase being a well-known pangram.

Will continue along this path and post when I get more.