On The Subject of Rubik's Cube

On The Subject of Rubik's Cube 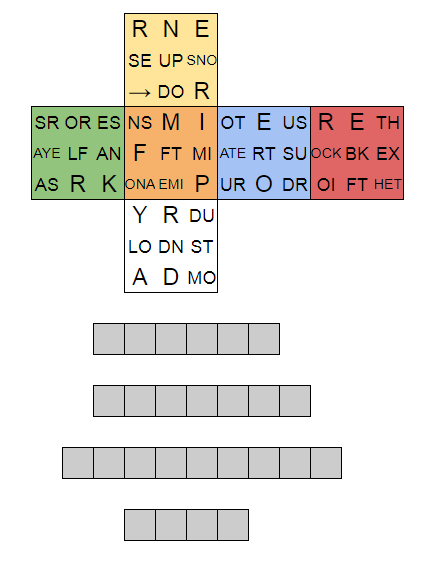 (At one point, a word will be abbreviated in a puzzly way.)

... each face is labeled on its center square: UP, DN, LF, RT, FT, BK. When following instructions, use the first letter of these labels (i.e. U, D, L, R, F, and B), which correspond to standard cubing notation.

Also, in keeping with cubing notation, all rotations are clockwise; counterclockwise turns use a ' symbol, and none are present here.

... follow the arrow on the original cube, reading off as many squares as is shown in the first set below the cube, which is six. This yields DO ROTATE URDU.

After following that instruction, following the arrow again, and reading seven squares, you get DO ROT AYERS ROCK. In other words, DO ROT ULURU; Uluru is another name for Ayers Rock. (The "ROT" here is probably the "puzzly abbreviation".)

After following that instruction, following the arrow again, and reading nine squares, you get DO KONAMI USE F AS A. In other words, use the Konami code, but use F as A. This yields DO UUDDLRLRBF.

After following that instruction, following the arrow once more, and reading off four squares, you get the answer, ANDROID.