A cryptic crossword (and request for feedback)

Nothing special here, just my first attempt at setting a cryptic crossword. Any feedback at all would be greatly appreciated!

There is no theme or common link between the clues. 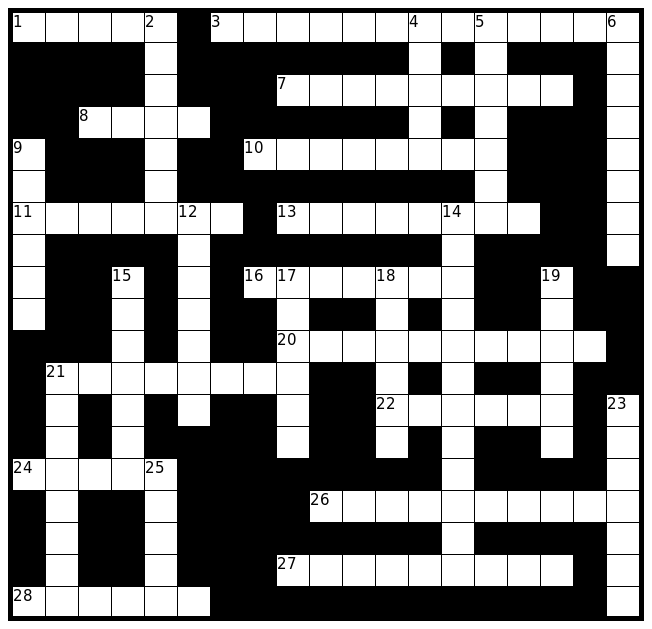 2. The alternatively initial emperor may rule (7)
4. To each principal beheaded, principal number to principal principle (5)
5. Reading an empty routine (7)
6. Most fortunate little beginner, you see; some rookies tremble (8)
9. Alligator munched initially after that wild puzzlemaker (6)
12. Estimate in Paris: I am held by examination overseer without two feet (7)
14. Professional vehicle in messy unlimited esteem (12)
15. Settlement six over all after, for example (7)
17. Advocate control, back new way with hesitation (6)
18. Even though introduction follows refusal, finally to find accord (3,3)
19. Heat Christian holiday without second entertainer (6)
21. Free eleven and a half bleats to succeed over elf (8)
23. Recognize great hesitation in speech (4,3)
25. Thrust animal back in abnormal cage, finally (5) 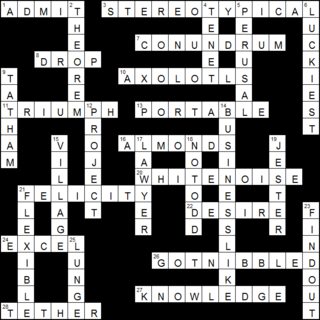 Double def: Give up on = abrupt slope = DROP

JE ("I" in French) in PROCT[or] ("examination officer" without last two) = PROJECT ("estimate") -- Thanks to @GarethMcCaughan!

Commentary (under the assumption that the above is correct):

Overall the clues were pretty good as a first attempt! Some of them had strange surface readings, but as far as wordplay goes most of them were fair. There was a heavy reliance on first/last letter indicators which made a few clues "bitsy" (i.e. had lots of bits to it), but each major clue type made an appearance in some way or other, which was nice. Some of the indicators read weirdly (e.g. "though introduction" -> T, "staying central" -> Y) but that might just be me nitpicking.

The grid could have done with a bit more crossing since there are some spots where you only get one cross letter, but that's just something that'll come with practice (or a gridding program).

4d TENET: Yeah, this clue was just trying too hard :P Amusing though.

5d PERUSAL: Assuming the above parsing is correct, I'd like to note that "empty" more typically indicates the removal of all inner letters rather than just the centre.

6d LUCKIEST: I found this clue a little odd for three reasons. The biggest problem is the partial hidden, cluing LUC normally then using a hidden for KIEST, which is somewhat unfair since it's hard to tell how much of the word is hidden (hiddens almost always hide the whole word). The small nitpick, which some may debate, is the use of "you see" to clue UC without a homophone indicator or something like "lazily" to clue textspeak. The tiny nitpick is the fact that "little" is often used for L already, but I guess there's no reason why "little beginner" wouldn't be allowed (except maybe grammar, if you're in the Ximenean camp).

9d TATHAM: A bit of an obscure answer, I found this one interesting since it defined Simon Tatham as a "puzzlemaker". To date, I still don't know which of the list was actually invented by Simon, if any.

13a PORTABLE: I found this to be one of the neater clues. Nice!

19d JESTER: J (Joule) for "heat" is a little strange since Joule is a unit for heat rather than being heat.

21a FELICITY: Nice use of ELICIT!

21d FLEXIBLE: The "a" in "eleven and a half bleats" feels extraneous here unfortunately. I guess you could argue an implicit "of" ("a half of bleats") but it still sounds a bit weird, although I understand that it's not an easy fix ("eleven and half bleats" is fairer wordplay but more awkward as a surface).

22a DESIRE: Personally I'm not a fan of using "two of" to clue two arbitrary consecutive letters of a word (I'd have gone with "first two of"), though others might disagree. The fact that DIRE is given verbatim offsets this though, so I don't particularly mind.

23d FIND OUT: Nice homophone! "Recognize" wouldn't be my first choice of def though - maybe "realise" or "discover"?

26d GOT NIBBLED: My only real quibble here is that the answer's not a common phrase you'd likely see in a crossword, but otherwise the {INTO}<- was neat.

14
Another cryptic crossword (and request for feedback)