Usual format: each ellipse represents an as-yet-unknown category. Each tile belongs in at least one ellipse - but which ones where and why? 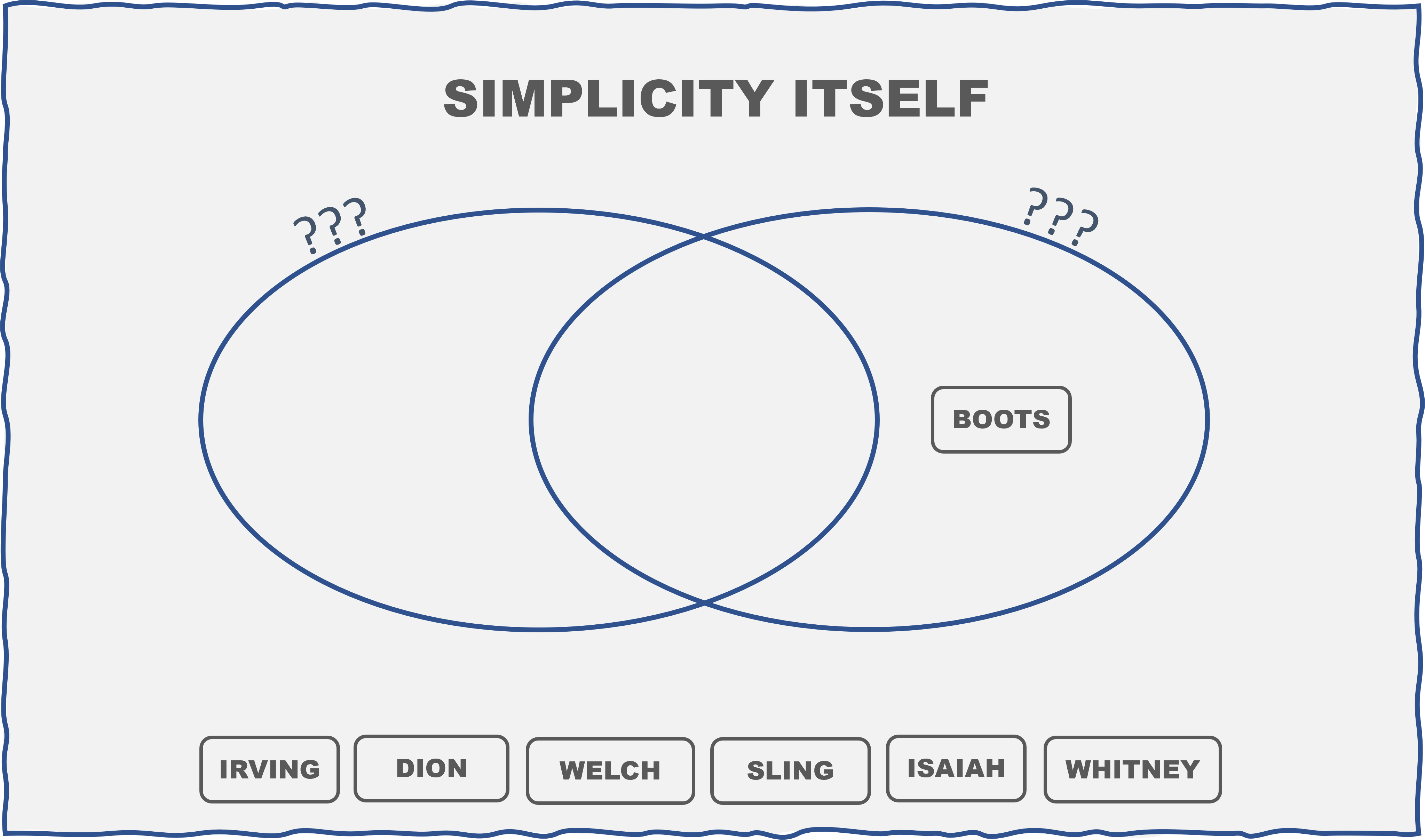 I think the Venn diagram should be resolved like so:

Where the two ellipses represent:

Hence 'Irving' appears in the intersection.

(Note: Here, I have chosen just what I would consider the most famous connections. It is possible to find further more obscure entries which still have their own Wikipedia pages, like CHARLOTTE Whitney, which if we were to include it would see Whitney moved to the intersection. However, as per the title, I have opted for simplicity here...)

Note from the title...

9
Tile And A Place - Where Have The Leaders Gone?
4
International Kapow! The Semi-Finalists
13
Naming Unconvention
6
Seasons to be Cheerful
8
Wanderlust? Scales and scarves
4
Tribulation and Jubilation
9
The Queen of Starts - Is Her Bark Worse Than Her Bite?
12
Only these six belong but which, where and why?
5
Hidden Revelations? Carry On!
5
Which Goes Where? Hint: Old Kid?