Simple Rules: Each circle represents a category - which is as of yet unknown. Each of the tiles below belongs to at least one of the categories. Two have been placed for you - where do the others go and why? Hopefully, this one is slightly harder than the last one - but I have been a poor judge so far! 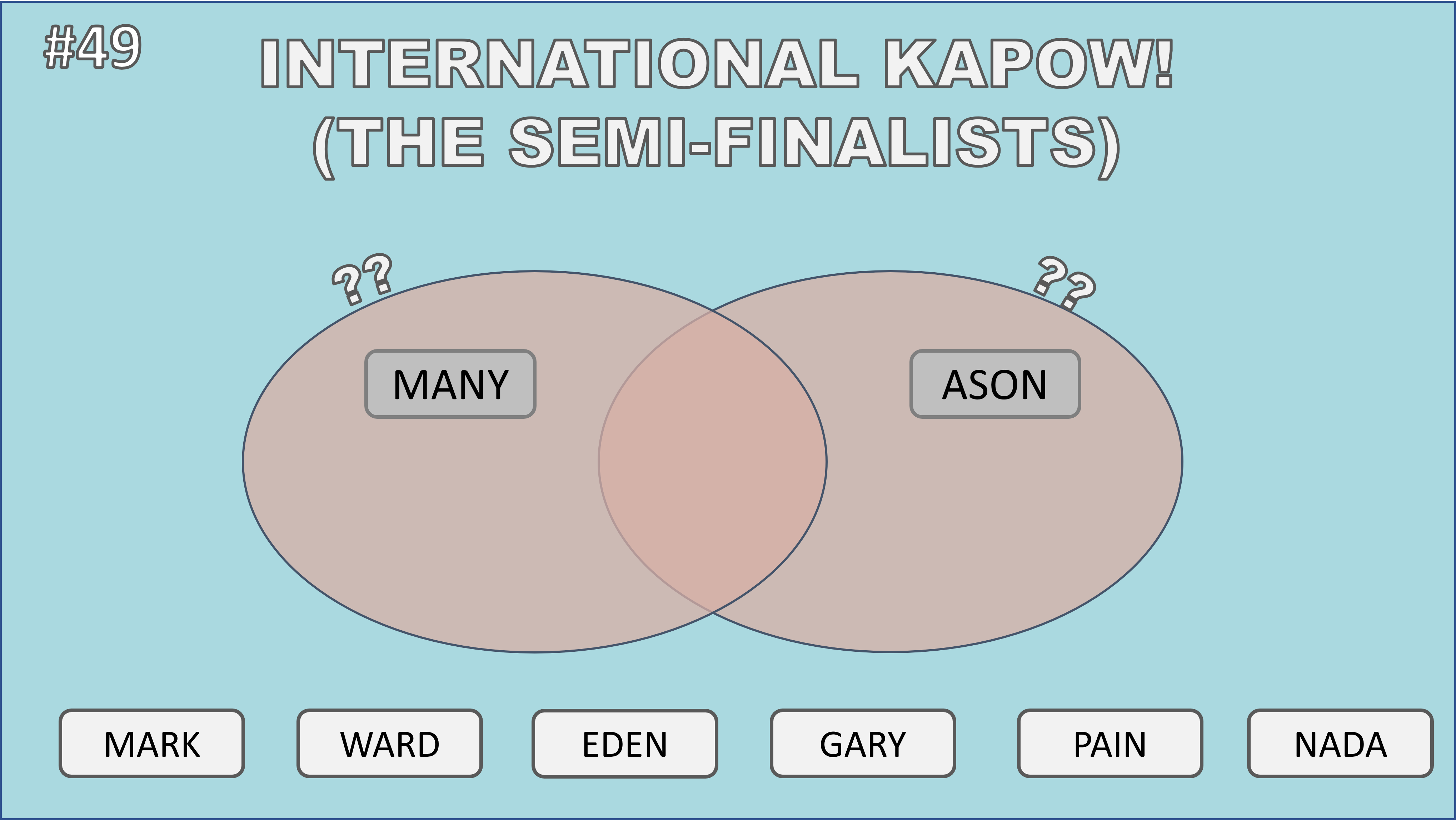 In order to satisfy the title in full, the labels should be arranged like this:

Because the two ovals in this Venn diagram represent:

Left - Words which appear at the end of names of world countries:
GERMANY, SWEDEN, CANADA (or GRENADA), SPAIN, HUNGARY, and DENMARK.

GARY and MARK, therefore, both appear in the crossover section between the two ovals.

The logic behind this arrangement is fully suggested by the title, since:

'International' reflects the use of countries of the world, and 'Kapow!' is a Batman-esque equivalent of 'Take that!' Furthermore, 'semi' suggests words that are only partially complete, and 'finalists' implies the use of the final parts of words.

10
Only Connect - Connect Wall #1
3
Jaws of Death - The Merry Tiler More Show
9
Tile And A Place - Where Have The Leaders Gone?
13
Naming Unconvention
6
Seasons to be Cheerful
7
Wanderlust? Scales and scarves
4
Tribulation and Jubilation
9
The Queen of Starts - Is Her Bark Worse Than Her Bite?
6
Simplicity Itself?
7
Fifteen minuter? Give it a shot