"White to continue insisting this is a chess board"

When done, circle all squares black and white pieces moved to:

enigmatic-puzzle chess
Share
Improve this question
asked May 30 '18 at 3:30

I successfully solved 7/8 problems and I believe the one left has a big flaw. Also, one solved has a minor flaw. I might be mistaken so the public (and the author) would probably correct me.

Now, as you noticed, the problems are unsolvable if you see them as chess problems. However, let's add a little tweak to chess rules:

If a group of figures is surrounded by enemy's figures from all sides (enemies hold a close chain, just like in Go game), then this group entirely burns in flames, leaving no trace. This takes place the same turn, before the turn's end.

If you read the previous spoiler I highly advice you to try to solve these problems once again. They're extraordinarily good.

I might have had to mention it - a burned king still counts as a mate. Next! 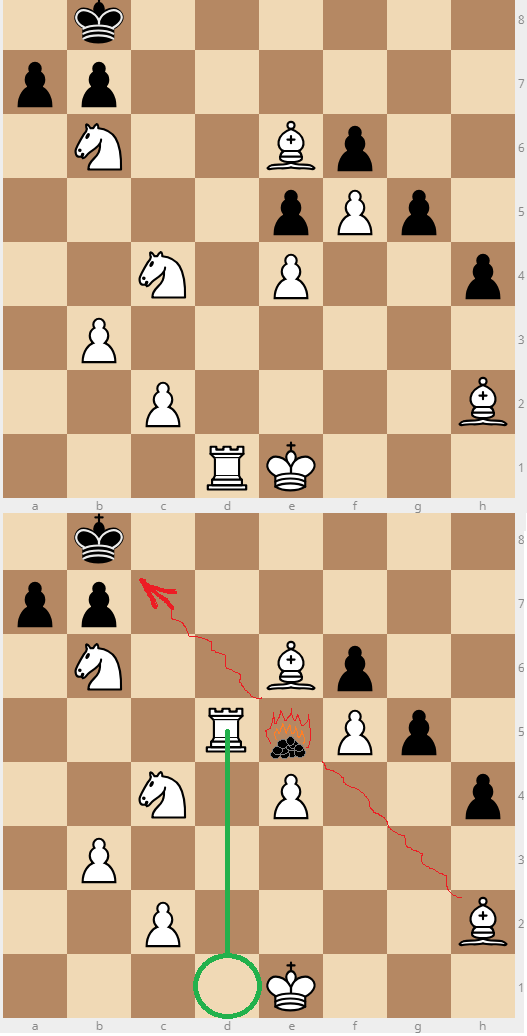 The burn is used to clear a way for long-range fighters.

Nothing new, really. Now we're in for two-turners.

What's new here - the king can't go on the queen's place because that would burn him immediately (technically, a self-mate). That would be much more sacrificial than killing entire team, though.

The best situation by far. Not only bishop sacrifices himself to clear the way, the king has to go up close to a rook to burn it. I even made you a meme about that (you still reading, huh?) 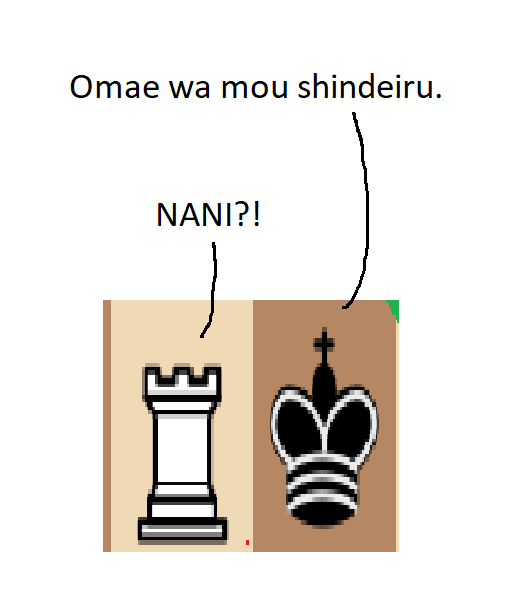 I leave six for now. Seven.

And eight. Both are pretty self-explanatory.

The solution of six as I got it:

What I mean here is - the f2 pawn is a hippy and it tries to convince g2 knight to be hippy too, but he finally decides to not and they burn the king.
Also that pink spot means the spot where the king would die, burned by the rook.

Why did I make such a strange decision? Well, shoot, if you have a better one. This decision was provided by the letter hint. Here is the hint I got, with purple letters taken from the other puzzles, and red - from puzzle six with this particular solution. 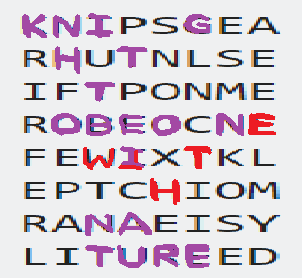 Also, if I didn't assume hippies - this would be a two-turn mate with indefinite end, not a three-turner.

SO THE ANSWER SEEMS TO BE

KNIGHT TO BE ONE WITH NATURE

Coincidentially, that's exactly what the f2 pawn said to the g2 knight.

In puzzle 4, the last turn could be rot13(Ep7), which would foil the final message. Probably, replace with a knight?

Not the answer you're looking for? Browse other questions tagged enigmatic-puzzle chess or ask your own question.

23
Island (sketch)
16
Listen to Yourself
13
Arsenic-Based Life
16
Five-Minute Comics: Part 1
13
Reconstruct a game of Loser Chess
32
Mate in one with NO PIECES?
11
One-sided chess: Can you stalemate yourself?
7
The Chessboard Exhibition
12
The Chess Moments
10
Sixteen chess pieces on a square board