Explanation in the first image, which otherwise is just for flavor. 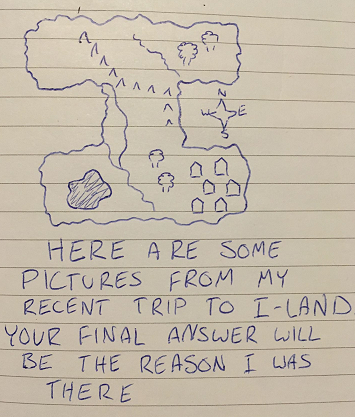 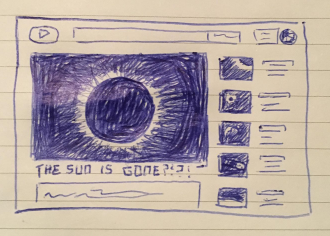 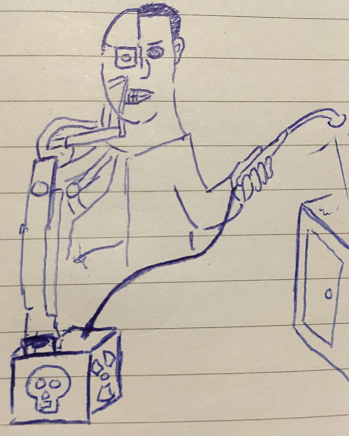 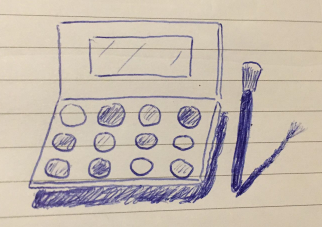 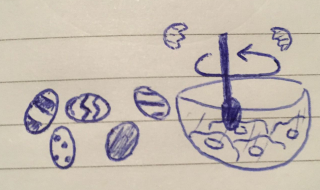 enigmatic-puzzle visual
Share
Improve this question
edited May 31 '18 at 1:47

I'll try a different tack, since there seems to be a pattern going on in the sketches:

In the order which I noticed them: The final one seems to have two similar parts:

The third one as well

and the title and the first image too:

Following the pattern, the second one is probably

The pasta bowl still eludes me, but stitching together the differences between the parts (as they are pronounced), and ignoring the first one as it's claimed to be for flavour only, we get

So trying to fit a plausible reason for being on an island to that pattern, the pasta sketch must then be

Bow bowl ("Bow pasta" - "Elbow pasta" works even better, as pointed out by Deusovi in the comments)

And the radiation person probably is called Ray,

I think that the reason for being on the island is:

I delivered a st——

I haven't worked it out fully yet, but I think that each of the pictures describes part of the answer in a mixture of rebus and cryptic clue. Or, perhaps more accurate: The first step is to find a phrase by interpreting the picture as rebus and the second step is to treat that phrase as cryptic clue.

There are some rough parts in my solution. For example, part 3 is vert, not vered and maybe I'm on the wrong track here altogether. But maybe I'm not and someone can find a good fit for the fifth picture.

A web browser with a news page: "The sun is gone". It's an eclipse on a computer. Eclipse is a popular Integrated Development Environment: IDE

A half-human, half-android man measures radioactivity, which refers to half-life (or half-alive) in two ways. Interpret this cryptically and take one half of LIFE: LI

A make-up set with brush and mirror. The make-up is rouge, which is French for red. The mirror indicates a reflection, but not letter-wise. Instead take the complementary colour of rouge: VERT

A bowl of farfalle or bow-tie pasta. Perhaps this is just PASTA and we take only the contents, cryptically: AST

Easter eggs (which, strangely, seem to be raw) are whisked in a bowl. Cryptically, this probably means that we need an anagram of EASTER EGGS that can be fitted to the ST from clue 4, but I haven't found anything useful yet.