Try make sense of the image below. 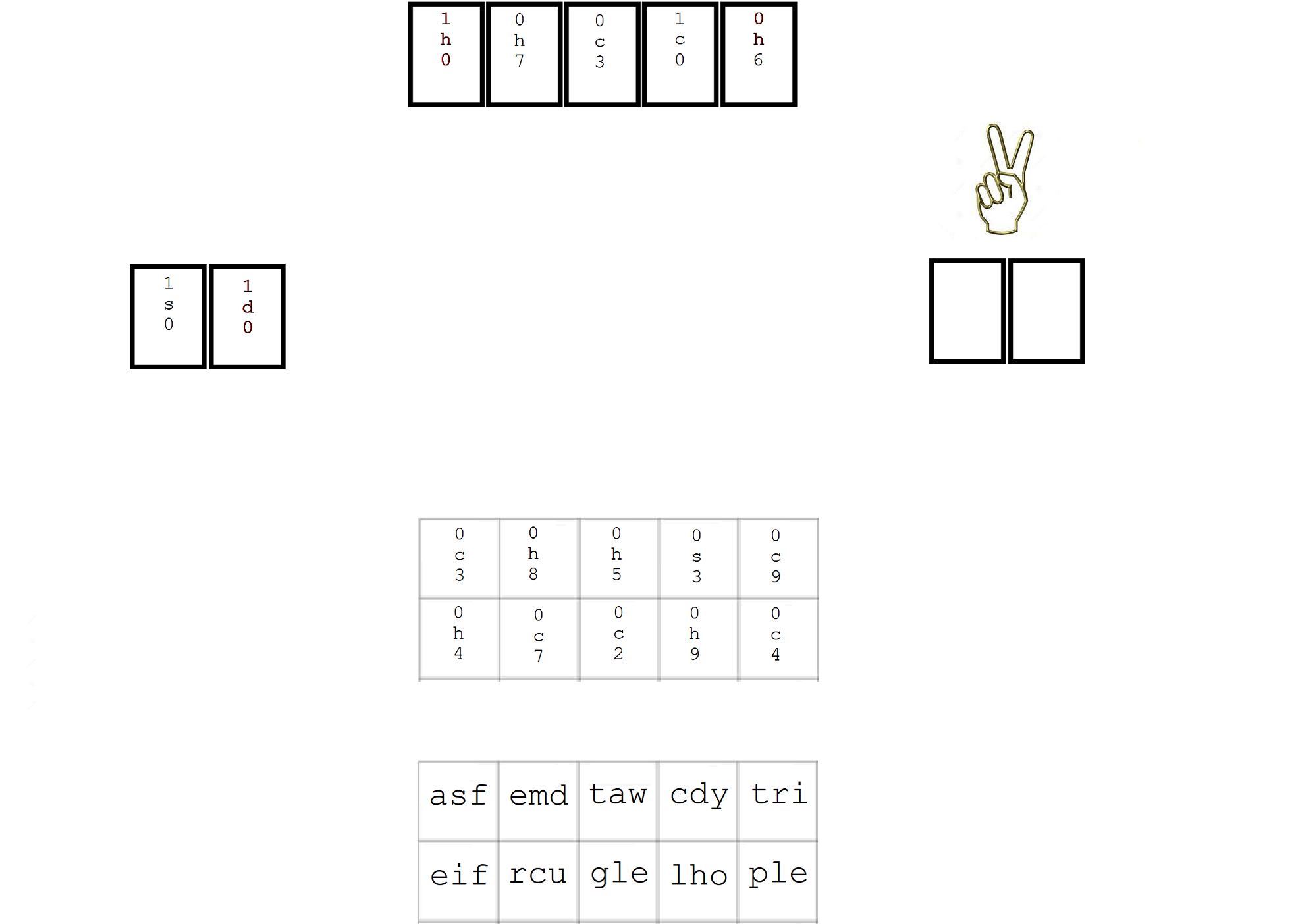 a hand of heads-up Texas Hold'em. The five community cards at the top are the 10 of hearts, 7 of hearts, 3 of clubs, 10 of clubs, and 6 of hearts. The player to the left has the two hole cards 10 of spades and 10 of diamonds, giving her four of a kind (tens). In order for the player on the right to have a winning hand, they'd need two hole cards that would produce a better hand than four of a kind, which is possible if he has the 8 and 9 of hearts, making a straight flush.

The 8 and 9 of hearts at the bottom correspond to the boxes with 'lho' and 'emd' in them. The answer 2 3 1 3 1 2 refers to the letters in those positions within the two strings: H O L D E M, which is the name of the game being played.