It appears that dastardly Dr. Dawkins, the gentleman thief (and, incidentally, my life-long rival,) has actually succeeded in discovering the location of Atlantis.

I must find out where he's gone and stop him, before he plunders the site for his own personal gain!

Searching his office, I've found the notes he left behind: 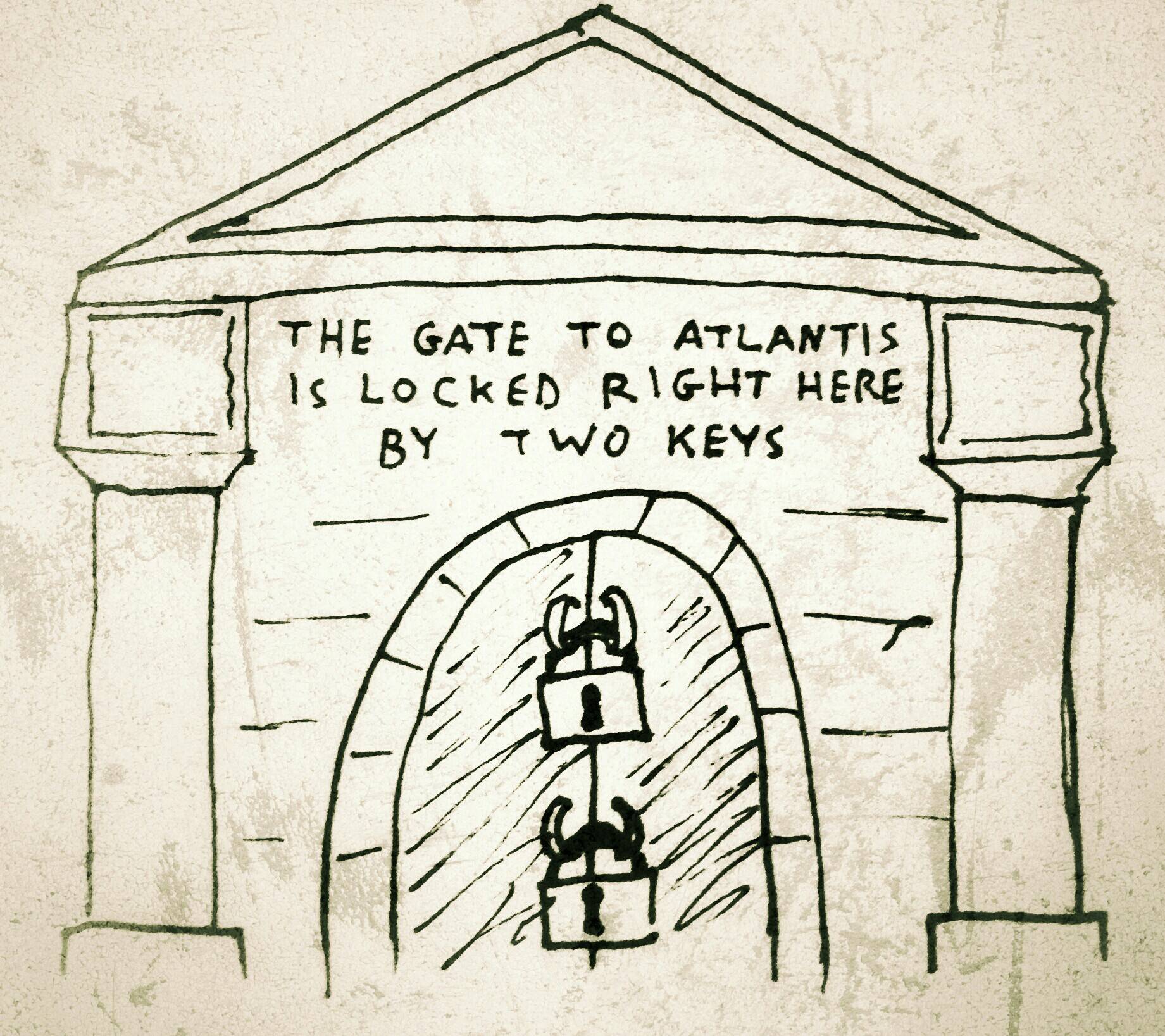 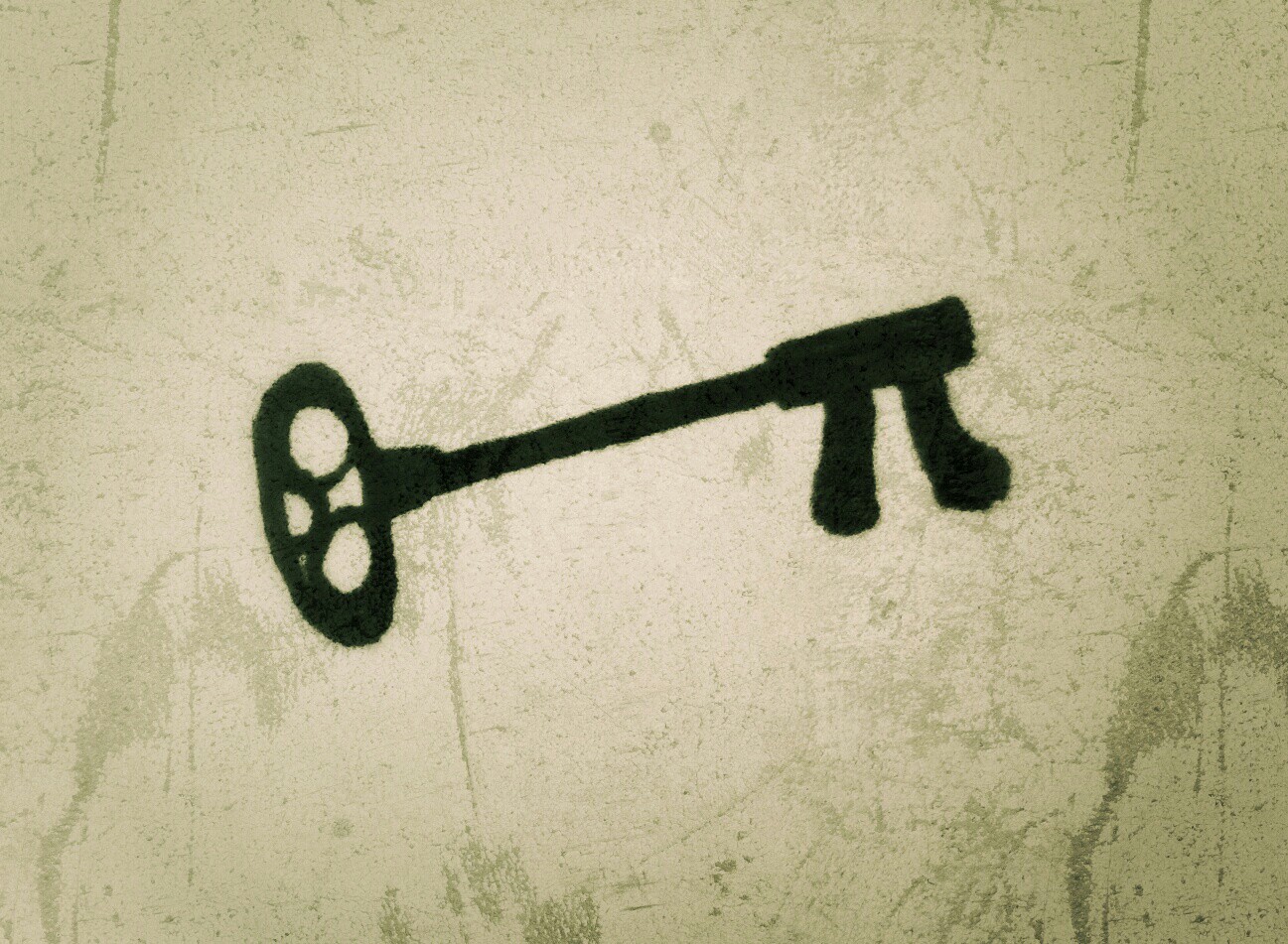 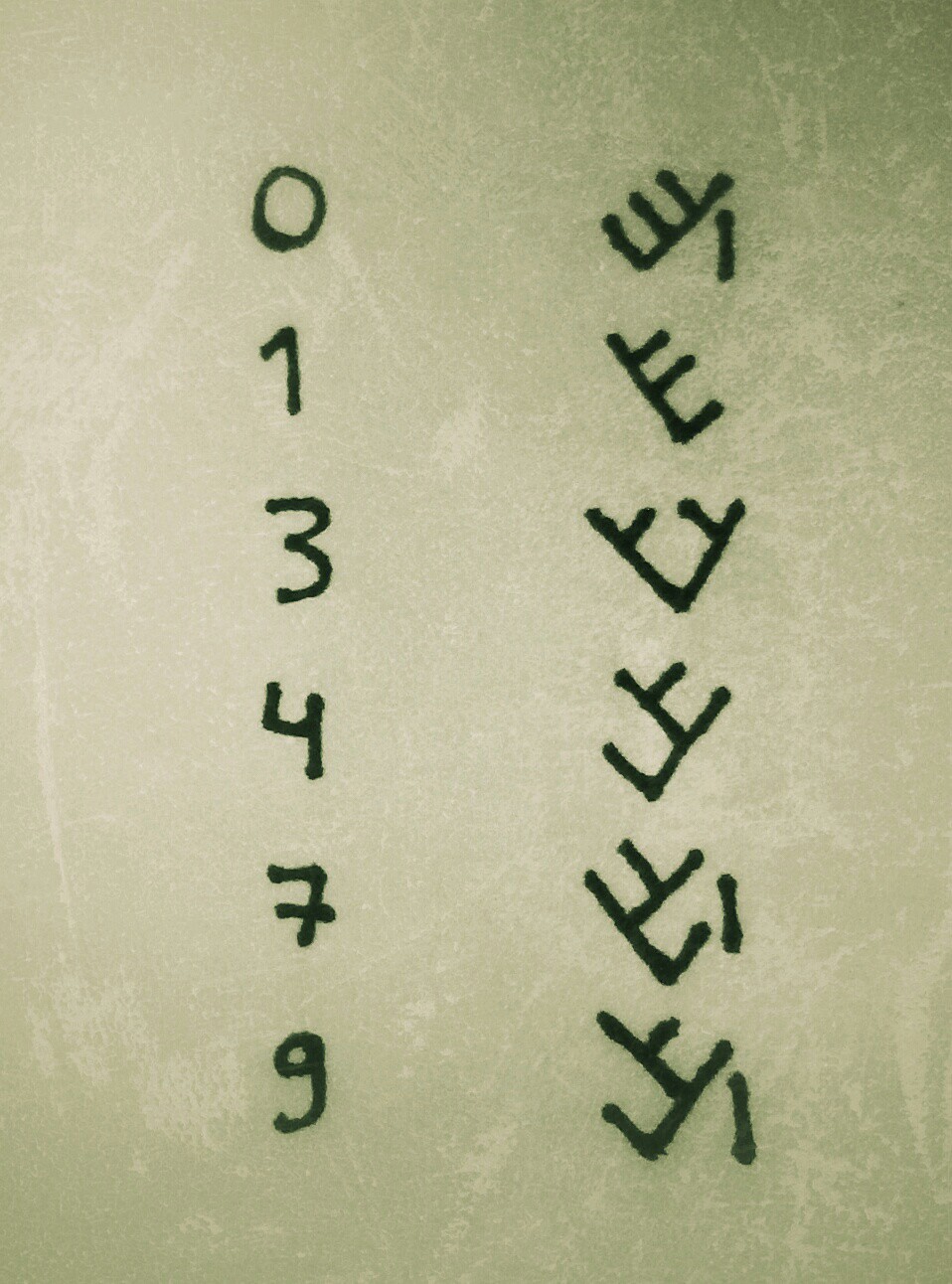 I've decrypted the pictures of the trees into what are probably coordinates, using the center picture as a map,

it seems to be a base 10 system, with a base 5 semibase, causing the background trees.

The coordinates I get are

The 'Keys' I imagine are additional pieces of information that need to come together to actually gain entrance.

I've tried a few ciphers on the second set, but haven't found anything worth mentioning yet. It's only one symbol longer than a spaceless version of the words on the gate, but I haven't been able to make anything come of that either.

Although... there should be a connection between keys, trees, and pi.

I see it! A Key Lime Pie! Bring one to the coordinates in question, feed it to whoever you find there to look the other direction, and break in with a sledgehammer!

The two keys stand for

The first picture of trees is most likely

The first key (longitude), also considering that the picture of "one key" might hint to that.

The picture with the cryptic symbols stands for

A map, with which we can decrypt the messages

The K2 most likely stands for

something doing with the second key, the latitude (K = "Key", 2="two"). I didn't figure out what this note is about, yet.

The second pictures of trees is

How to decrypt (at least the first line of trees):

Convert the trees to the corresponding numbers on the map-note, i.e. map it to whatever symbol the tree looks alike. Chopped trees stand for a dot.

So the best guess I have is at this point: 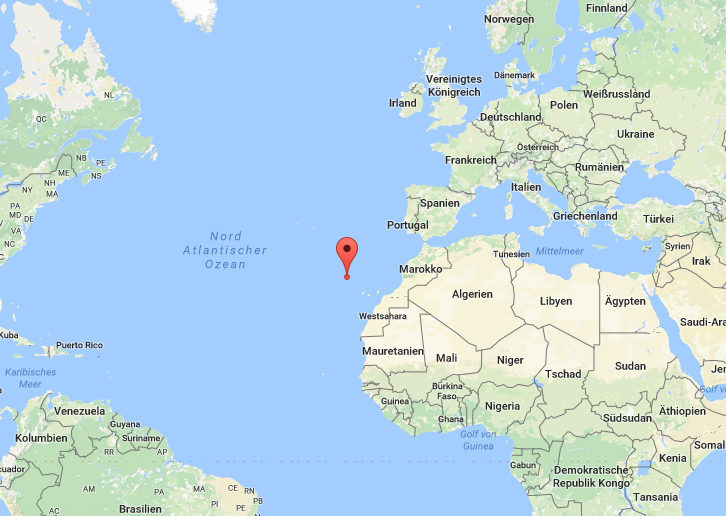 This is most likely incorrect, since it doesn't take the K2 note into consideration. I'm pretty confident about the longitude, since it would match the longitude given here (second picture), but the latitude seems a bit too high, which is surely because I couldn't decrypt the K2 note (I also sneakily put a minus in front of the latitue).

9
Justice and Fairness: Part 2
17
My friend is lost in time!
4
Where Is The Treasure?
11
A mysterious disappearance - final part
14
Labryca — Floor 4: I've Just Seen a Face
17
Time to Hit the Bricks!
24
A half successful police raid
11
Decryption Puzzle Race!
4
Falcon Circus, Chapter 2: The Wise
3
Geocache mystery story with a coordinate as the answer