You are the first officer aboard the Starship Enterpuzz, and moments after your captain departs for his week-long vacation, you discover that your ship is infested with tiny creatures called doorples.

Doorples come in two varieties: black and red. Both varieties love doors but hate each other.

Knowing that doorples multiply rapidly, you scour the ship and capture all doorples accessible to you, but there are still 16 doorples in a series of 11 rooms inaccessible to you and the crew, as shown below. 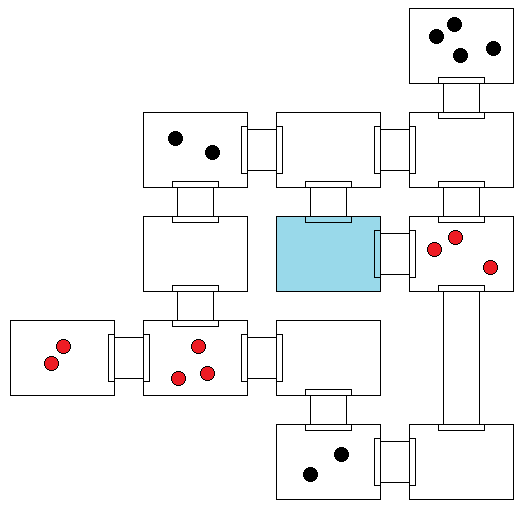 The room in blue is a room you can access, but only doorples can pass in and out through the blue doors to the 11 rooms.

During the day, doorples sleep. But when evening comes, they become active and the following sequence of events takes place:

Your goal is to eliminate every last one of the doorples in all 11 rooms, since even one doorple can quickly become a million if left unattended.

Can you figure out a strategy to eliminate all the doorples?

And for bonus credit: Can you figure out a strategy to eliminate all the doorples before the captain returns in a week (7 days)?

If I'm understanding the question right, this strategy should work:

Picture of the number of doorples in each room on each day before the multiplication step. Black is positive, red is negative. 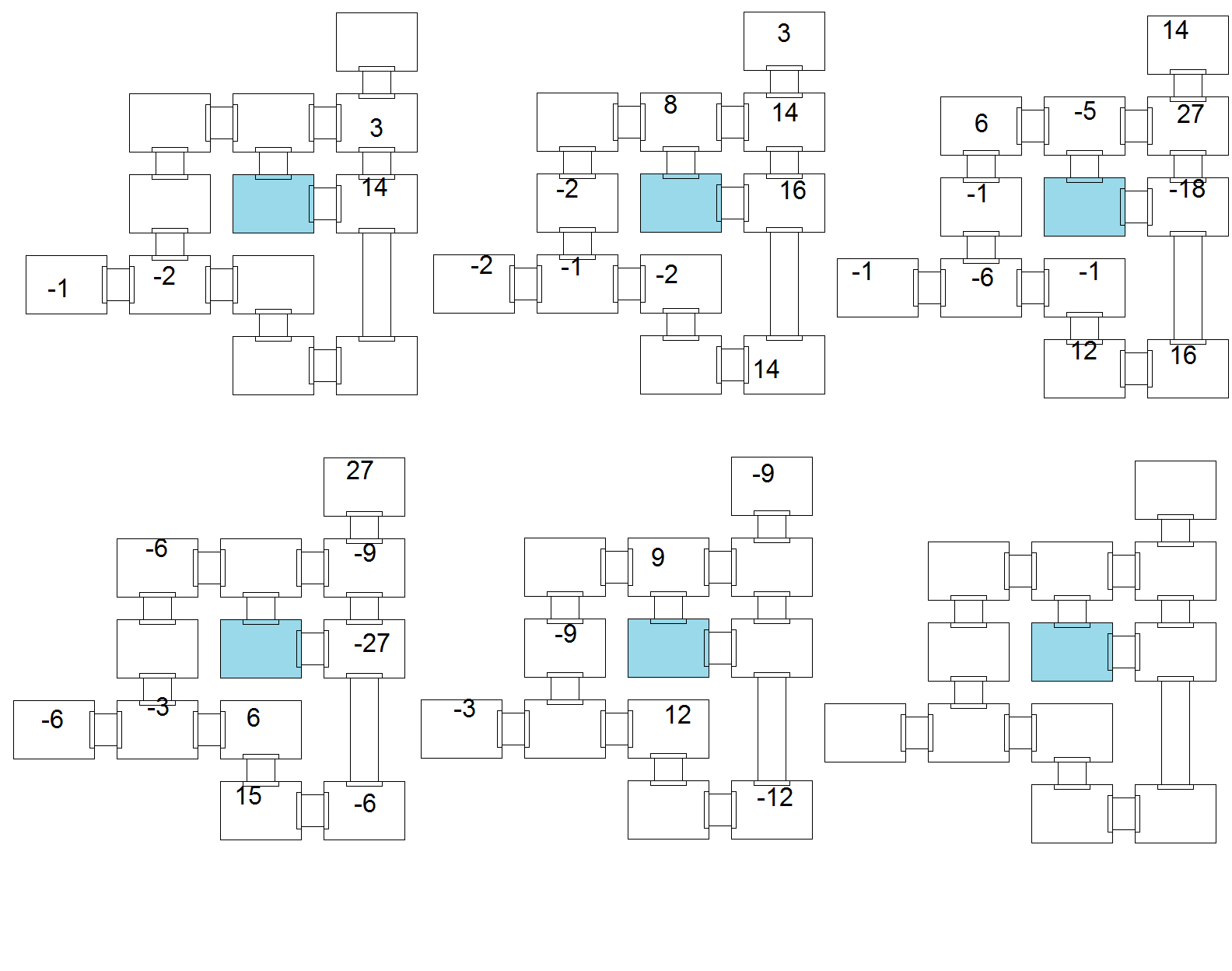 First, notice that the number of doorples in a room can be represented by a single integer, because the two types cancel out. assign the black ones to be positive and the red ones to be negative.

We can entirely control the number of doorples in the two rooms adjacent to the blue room. This leaves nine rooms. Each of these rooms will result in one constraint, so we have nine constraints. Each day gives us two degrees of freedom, so it takes five days to have enough variables to guarantee a solution. This is actually one extra, so I arbitrarily set the north room to have zero doorples on the first day.

Now to find and solve the equations to determine the amount of doorples that need to be in the rooms we control on each day. We can calculate the number of doorples that will be in each room after five days if we keep our rooms empty, and also the amount that will result from one additional doorple in each of our rooms on each day. The effects simply add together, resulting in the following equations:

The solution to the equations:

So we just have to place the right amount of doorples to leave these amounts in the north and east rooms each day. This is the strategy at the top of this answer.

36
Escape the dungeon, by deciphering the codes and navigating the rooms to find a way out
13
Two doors with three guards - one lies, one tells the truth, and one is unreliable
18
Lies, damned lies, and statistics
7
The Wizard's Gambit
2
How to find the treasure?
4
The Monty Hall Arena
7
Should Dr. (Indiana) Jones do it? Another Jones Adventure