Only seven in total

The answer to this puzzle is 10 letters long. 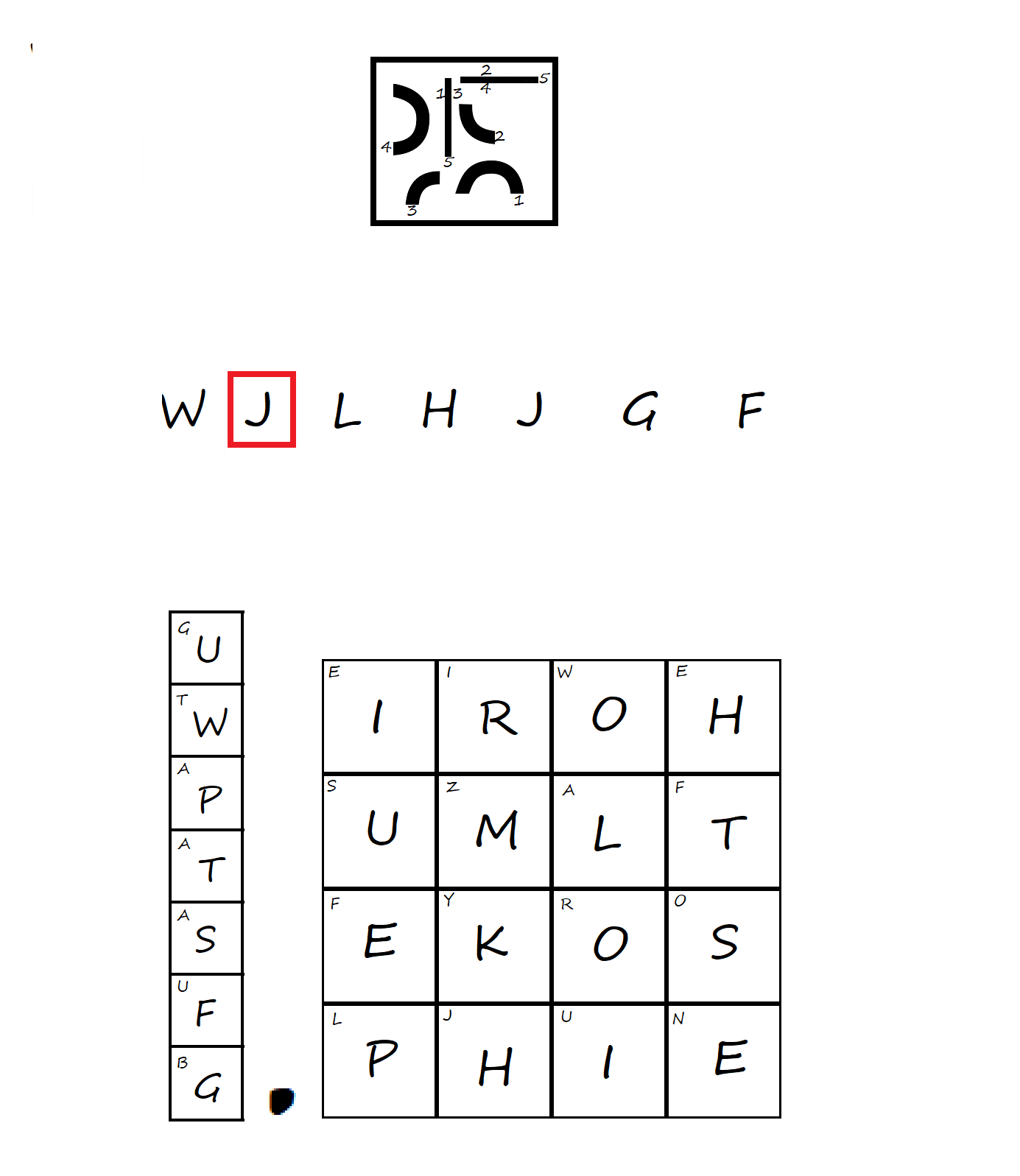 The answer to the puzzle is:

Why? First note that the various lines in the top square...

...can be arranged to form the shape of a dollar sign ($) with two bars going down the middle. This is a hint to think about US currency.

This is the key to realising that the row of 7 letters represents:

the first letters of the surnames of the 7 men who appear on the different denominations of US banknotes (of which there are only 'seven in total', as per the title):

Note that Jefferson's initial is circled in red - this is key.

Now look at the final image:

If we spell out 'T.JEFFERSON' as our key phrase (note the dot between the column of letters and the square grid - as if following an initial when a name is abbreviated), we can identify the squares that have each of these letters in their top left corner and then read off the corresponding larger letters to spell something of the form: W.H(HI)(ET)(TE)(IH)OUSE.

Where more than one option exists we can choose the one that makes grammatical sense to derive the relevant phrase WHITE HOUSE - the home of the US Presidential family, fitting with the US theme.
(Note that not all of the seven men on the banknotes were actually US Presidents - Alexander Hamilton and Benjamin Franklin were Founding Fathers of the country but never served as leader... Also of interest is that the letters in the corners of the left-hand column boxes are the first initials of each of the seven men featured in this puzzle in the same order, adding additional weight to the idea of using initial.surname for our keyword.)

4
Sometimes, we add extra!
11
Fight for your life!
19
A family of seven!
9
Consists of four
10
They say, from aperire
13
Some say, obsessed
37
This diagram needs a name!
7
Always six of us
6
It rarely happens
7
Similar, but different