Wormeus lives in a labyrinth containing lots of apples. His main ambition in life is to eat as many apples as possible but his nemesis, the evil Pink Lady Stickotaur, has other ideas – if you pardon the terrible cliché!

Wormeus can also delay, granting the Pink Lady Stickotaur two extra turns. Under the right circumstances, this can be advantageous.

Wormeus wins if he can eat all the apples and loses if he dies a horrible squishy death. If neither side can make progress the game is drawn.

Your task is to help Wormeus eat all the apples. 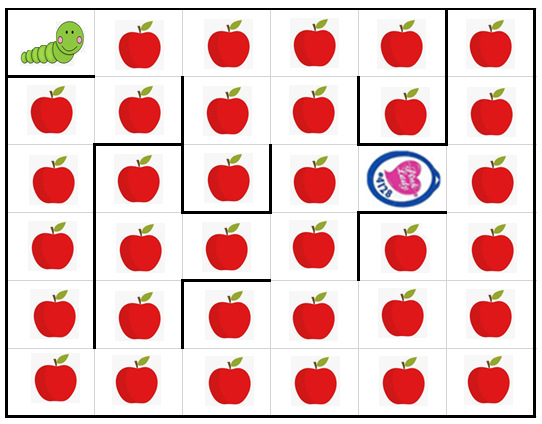 As you may have guessed, this puzzle is based on the well-known Theseus And The Minotaur mazes by the American computer programmer and game inventor Robert Abbott (1933-2018). If you are not familiar with these mazes, I recommend you do some homework before trying this puzzle 😊

EDIT: Deusovi suggests I remove the optimality criterion since finding even a non--optimal solution isn't entirely trivial. If this puzzle is too easy then I can always pretend it was a warm-up and have an excuse to post similar mazes in future 😊

With the new edit removing the optimization constraint, I'll give it a shot. I am not sure if my solution conforms 100% with the rules, since there are some parts that seem real cheaty but nonetheless obey the rules in my eyes. 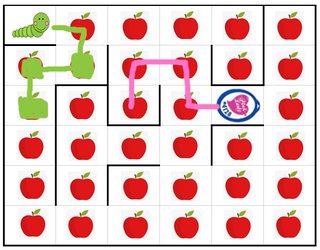 At this point the lady is stuck as long as we stay on row 3 or lower (meaning further down). This means we can eat all apples on these rows (except the one cell where the lady is) without any unwanted initiatives from the lady 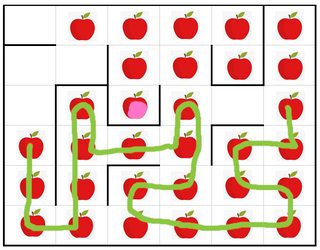 Worm goes and snacks the two apples on the last column. Doesn't matter when it eats the lower apple, it will always lead the lady to go to r2c5. She's stuck again and we can apply the same principle as before. We can eat the three shown apples. 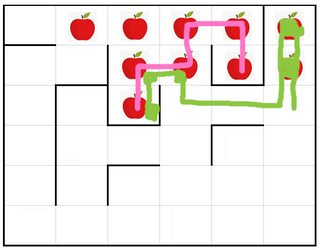 Prepare for (potentially) outplaying the lady 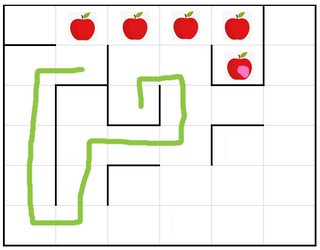 Worm goes up. Lady will go up and left. Worm goes down. Lady goes 2x left because according to the rules she always prefers horizontal movement if hor/ver moves decrease the distance the same amount. Now the worm goes to the left. And, again due to her preference for horizontal movement, she will actually go left instead of squishing us. Going left/down in this spot both decrease the absolute distance from √2 to 1 cell. Therefore, both moves are of equal value in her eyes, and she will go with the horizontal one, leaving us a chance to survive. 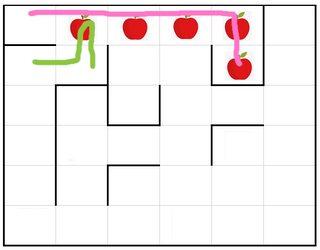 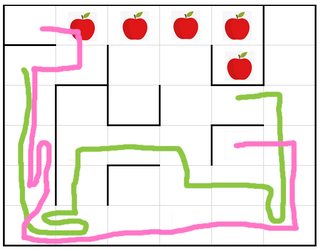 At this point the lady is stuck again. We can eat the remaining apples without any incidents. 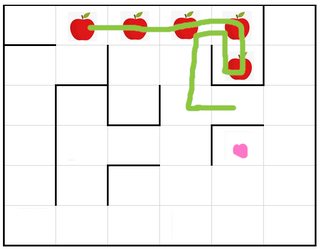 With the last stop where the lady is stuck, you can actually opt out of eating the 3 apples on step #3, decreasing the total move count a bit

105-move solution similar to Lukas', check his answer for the reasoning behind the major steps: 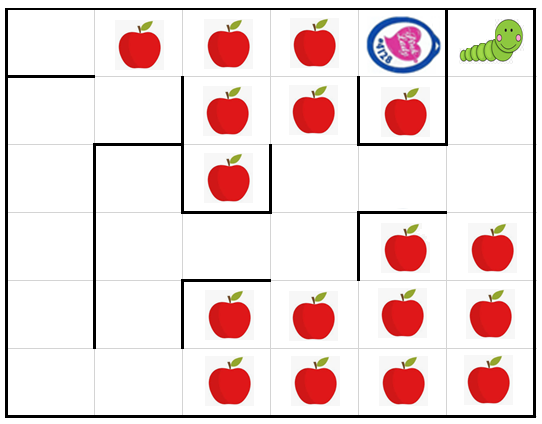 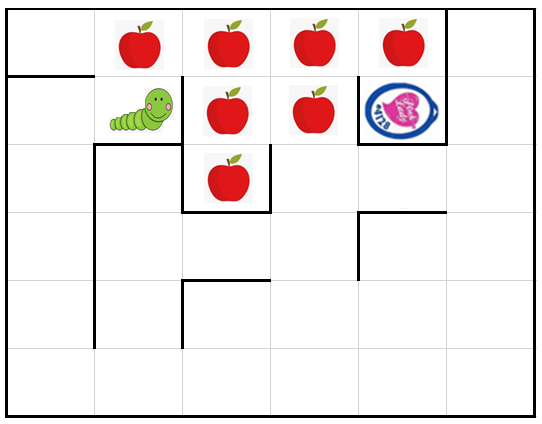 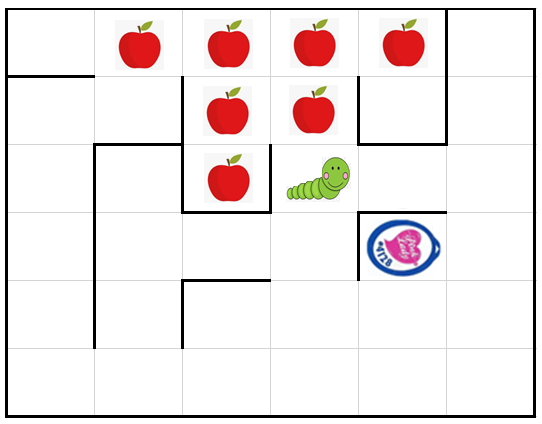 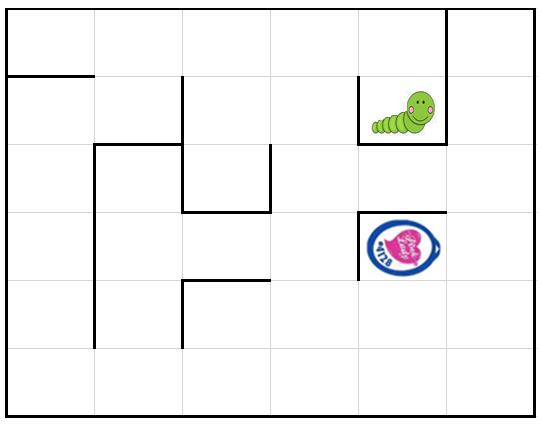