K. G. (Knockoff Gladys) surprised me today with a note.

I took your advice and made a puzzle. Who knew that was the way to get famous nowadays! You have to split these flags into 4 groups of 4. Then find another flag that fits into all of the categories - that’s where I’m going. Yes, yes, it’s dangerous to travel right now (and that’s important to remember!). But I’m going to do one of those virtual travel thingies. Anyways. I've attached the flag pictures. I'm sure you and those big-brained PSE folks will solve this in no time! 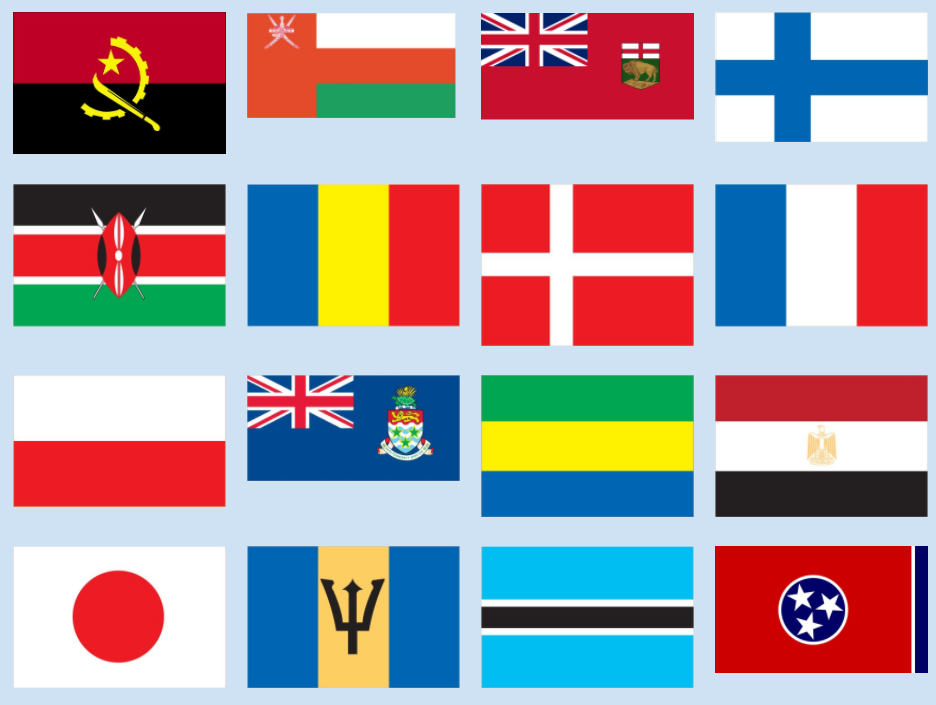 So, where is K. G. going on their "virtual travel thingy"? I may have said Puzzling was really good at this sort of thing. Don't embarrass me us, solve this quick!

I think the missing flag is: 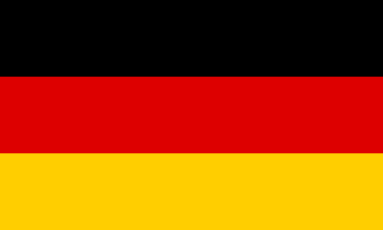 i.e. the flag of GERMANY

The flags depicted are (left to right, top to bottom):

The four connecting groups are:

3. Flags with a horizontal black stripe in the design: ANGOLA, KENYA, EGYPT, BOTSWANA. (Prompted by @JeremyDover in comments)

A flag which therefore satisfies all 4 of these groups is:

Germany's, since (i) GERMANY contains 'MAN', (ii) the element Germanium is named after Germany, (iii) it includes a black horizontal stripe in its design, and (iv) the current (female) Chancellor of Germany is Angela Merkel.

I suspect the prominent mention of "right now (and that’s important to remember!)" in the flavour text is an indication that something related to current affairs (and which may change in the future) is key to the puzzle. With the fourth category focused on politics (where leaders may change in elections) I think this hidden hint is satisfied.

Also, there is a hint concealed in the title - the initials of 'Don't Embarrass Us' are 'DEU', the common 3-letter abbreviation for 'Deutschland' - the country's name in German!

Not the answer you're looking for? Browse other questions tagged knowledge visual geography connect-wall flags or ask your own question.