Hanging on the Connect Wall

The sixteen paintings below can be grouped into four groups of four, each group being linked by a common theme. The four themes themselves describe a painting, an image of which is the final answer to this fine art Connect Wall. I hope you enjoy! 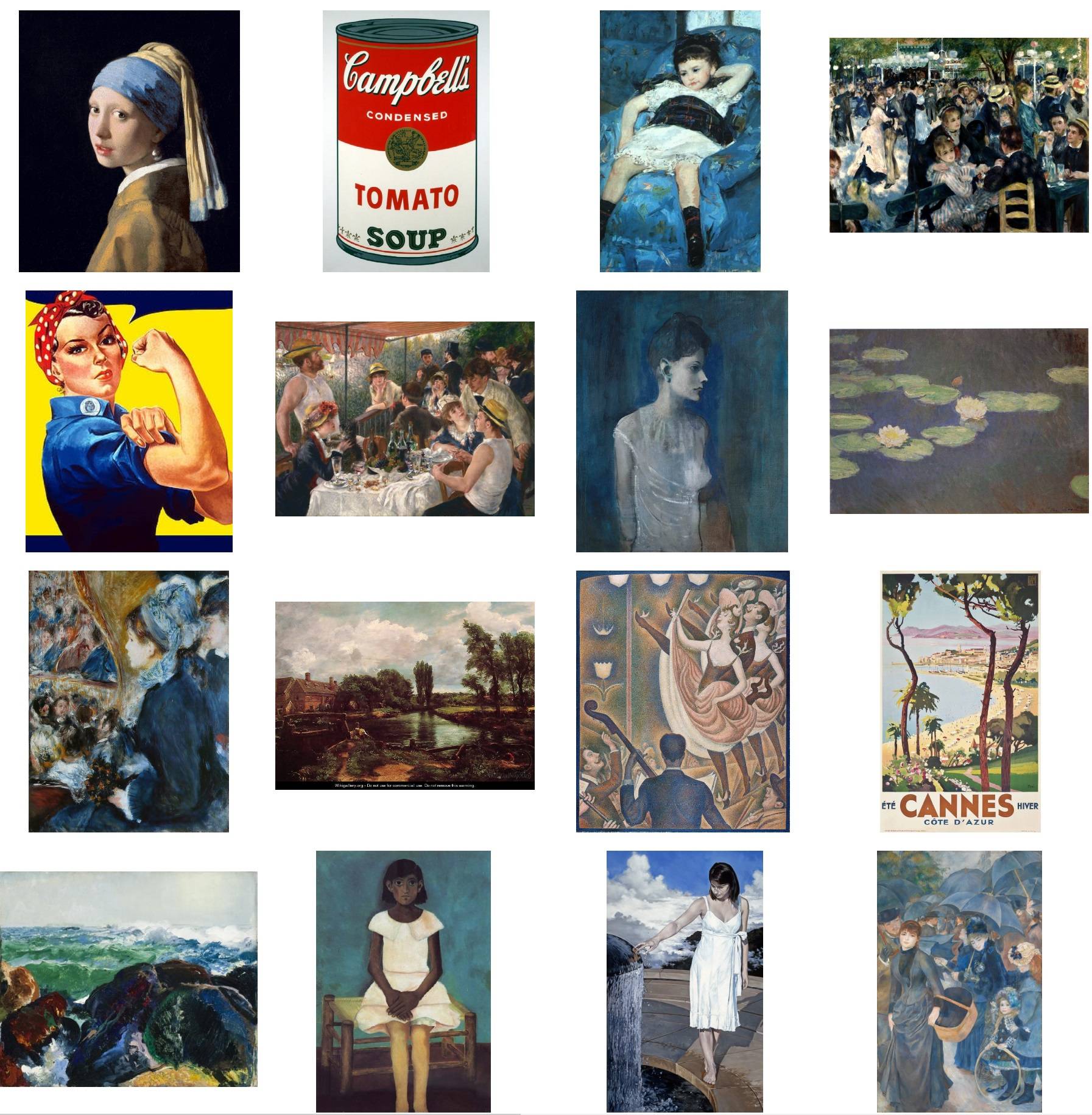 (From left to right.)

"We Can Do It!", by J. Howard Miller.
Luncheon of the Boating Party, by Renoir.
Girl in a Chemise, by Pablo Picasso.
Water Lilies, by Monet.

The First Outing/At The Theatre, by Renoir.
A Water Mill, by John Constable.
Le Chahut, by Georges Seurat.
"Ete Cannes Hiver", by Peri.

Monhegan Island, by George Wesley Bellows.
Portrait of girl (unfinished), by Frida Kahlo.
By the fountain, by Bryan Larsen.
The Umbrellas, by Renoir.

Paintings of girls. Girl With a Pearl Earring, Little Girl in a Blue Armchair, Girl in a Chemise, and Portrait of girl.

Paintings of water. Monhegan Island, Water Lilies, By the Fountain, and A Water Mill.

Has "can" in it. We Can Do It, Campbell's Soup Cans, Ete Cannes Hiver, and Le Chahut (can-can dancers). 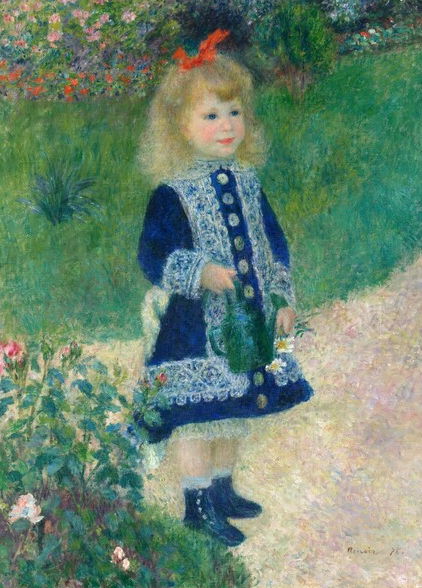 "A Girl With A Watering Can", by Renoir.