The art of computer programming

EDIT: I know we are not supposed to edit in new requirements after first posting but as far as I understand it this requirement is implicit in all questions here:
Explain your answer! At least a little bit. So a casual reader has a chance to follow your musings and appreciate your genius.

Here is a simple but I hope fun one:

Can you recreate any of the following patterns? 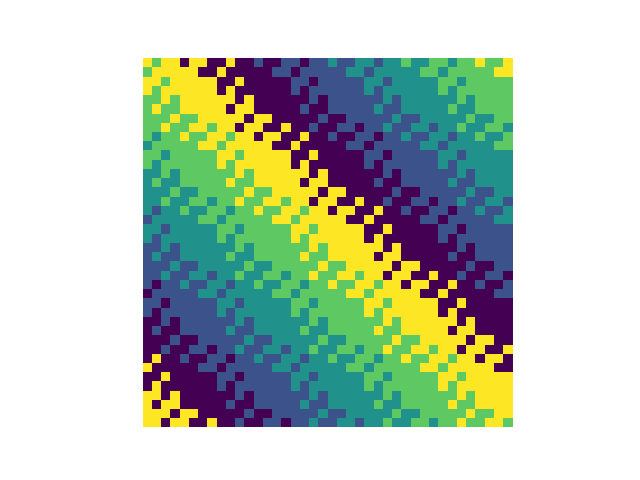 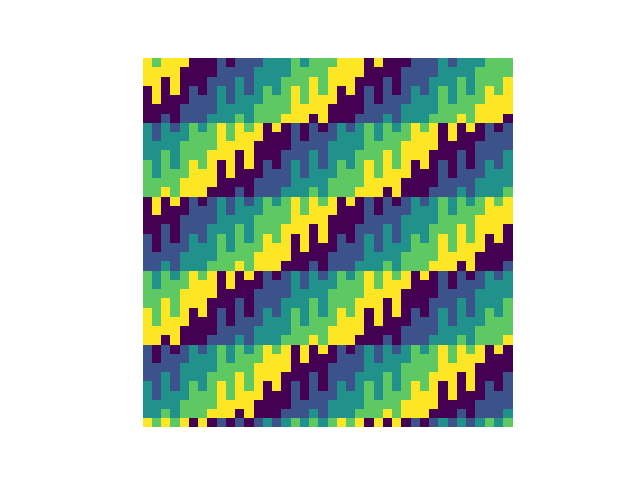 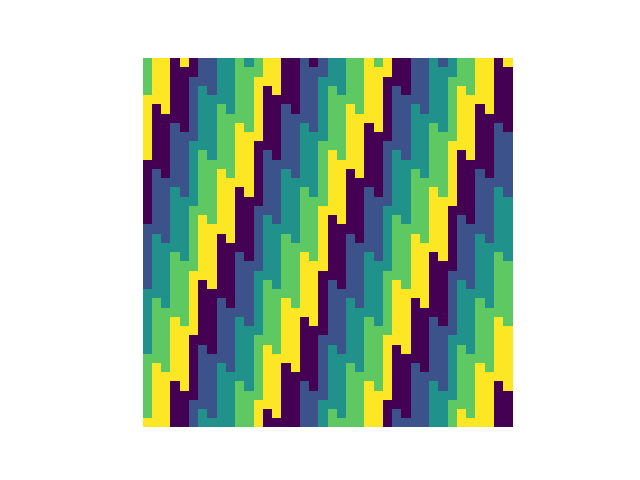 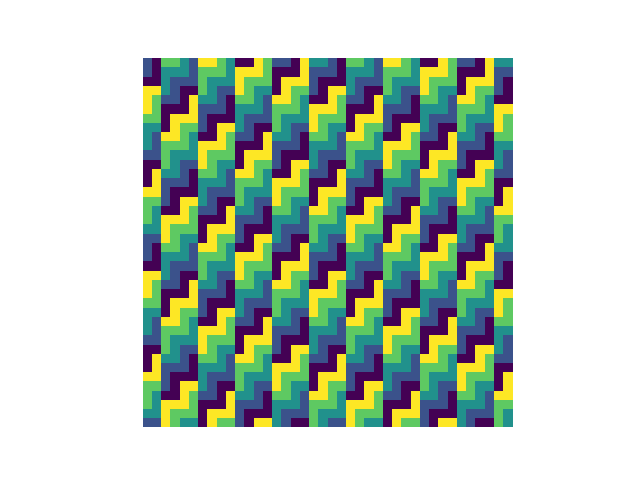 (5.) The simpler the better

The patterns are all periodic and use colors 0,1,2,3,4.
You needn't use the exact same colors, any five colors will do.
I've deliberately put no text version of the patterns because you are not supposed to brute force it.
I'm still quite new to creating puzzles, any feedback is welcome.

One example with solution: 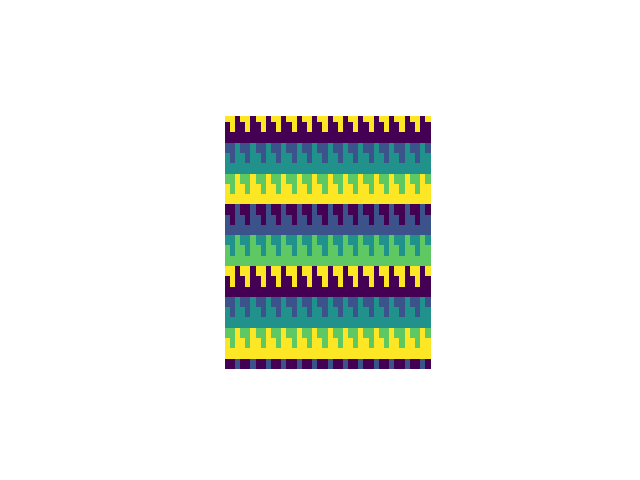 The question has been updated to include a request to "explain your answer".

I don't have much explanation to offer for the first pattern. I just

thought I should try things of the form $\lfloor\textrm{linear}(x,y)\rfloor+\lfloor\textrm{linear}(x,y)\rfloor\pmod5$, with the coefficients of the two linear things matching up so as to give the pattern the right sort of symmetry; the periodicity of the pattern suggested that I probably wanted 8 or 16 in the denominators, a bit of experimentation showed (as should have been obvious from the outset) that the difference between the $x$ and $y$ coefficients shows up in how many "bands" there are from southwest to northeast, and then there were only a few cases to try to see whether they gave the right pattern. After finding something with the right pattern but an offset in $x$ and $y$, I replaced $x,y$ with $x-\delta,y-\epsilon$ where $\delta,\epsilon$ was the offset I needed to produce, and simplified. Done.

I can say a little more about the fourth.

First of all, the very obvious banding pattern suggested that inside my "... mod 5" I wanted a term $\lfloor x/4\rfloor$. The rest then needed to yield a nice simple periodic "snake" pattern. The snakes run southwest-to-northeast going right, right, up, up, right, right, up, up, right, right, etc. If we just took the contours of $x+y$ then we would have plain diagonal lines, which are actually rather similar to those snakes; we can turn diagonal lines into snakes by adding and subtracting 1s in a carefully selected set of places. If you add 1 all down a northwest-to-southeast diagonal line, you effectively push all the contours one unit diagonally inward; if you subtract 1, you effectively push them one unit diagonally outward. Staring at the pattern a bit one sees that what's needed is for half the NW-SE diagonals to stay as they are and the other half to alternate between being pushed in and being pushed out, which means we need to add that function $m(x,y)$ before reducing mod 5. 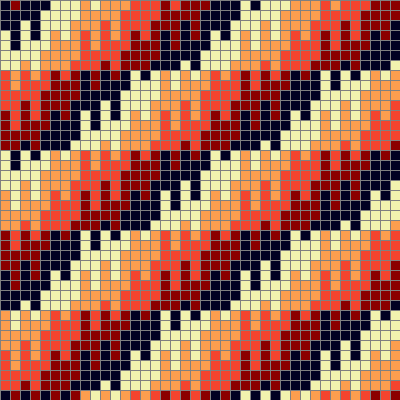 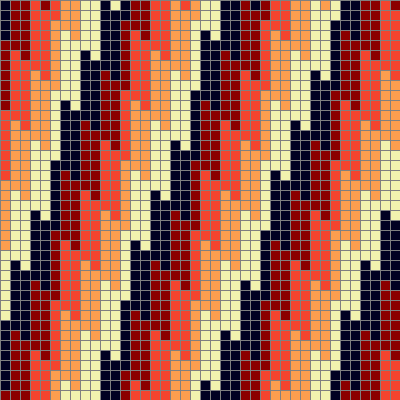 Not the answer you're looking for? Browse other questions tagged no-computers computer-puzzle calculation-puzzle tiling or ask your own question.