Find other swords down the waterfall

This is another old pattern I generated with a 1D cellular automaton: 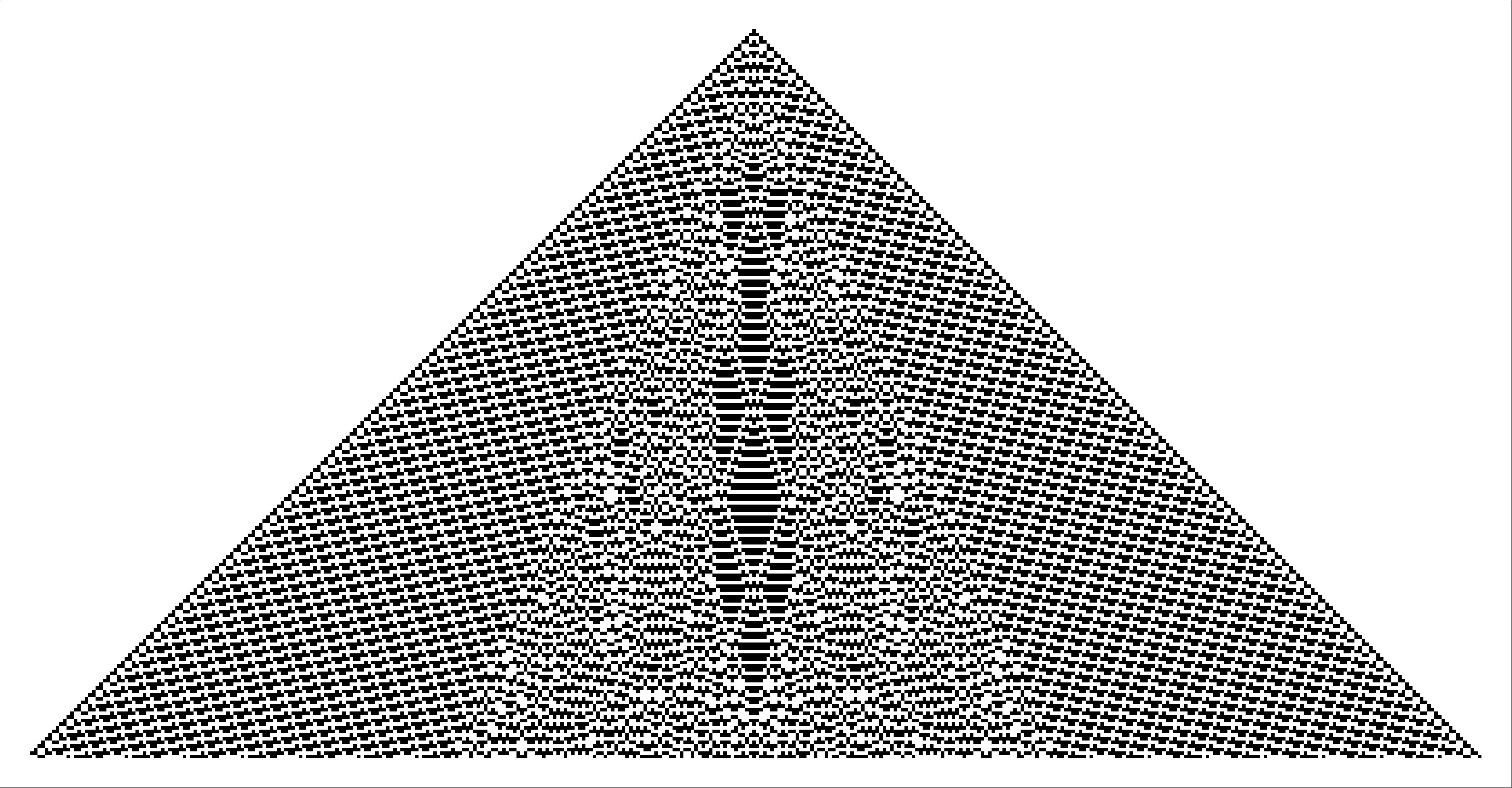 To me it looks like a sword hidden in a waterfall.

What is the rule behind this pattern?

Find at least one other sword down below and show what it looks like.

Edit The last part of the question doesn't really fit, so I accepted the first answer, stating the rule. I will post the pictures of other 'swords' mysefl to show what I meant. The title of the question can be interpreted figuratively now, only meaning 'find the rule to generate the pattern further'.

Btw, this is what I meant by 'other swords': 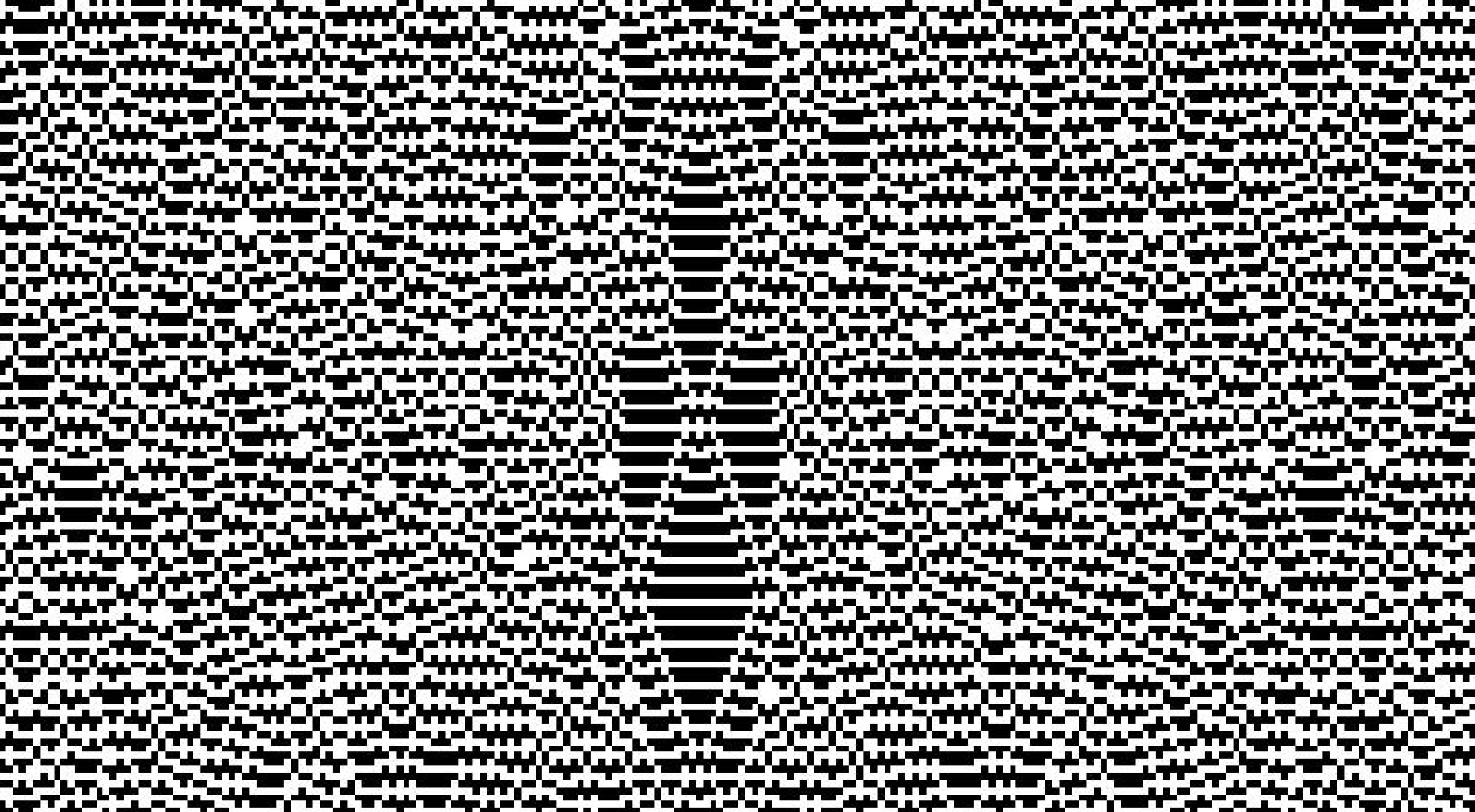 This is based on gtwebb's answer, so please don't treat this as an answer in its own right.

First 500 iterations (generated while the VBA code was working sideways - the code above has been modified to work downward): 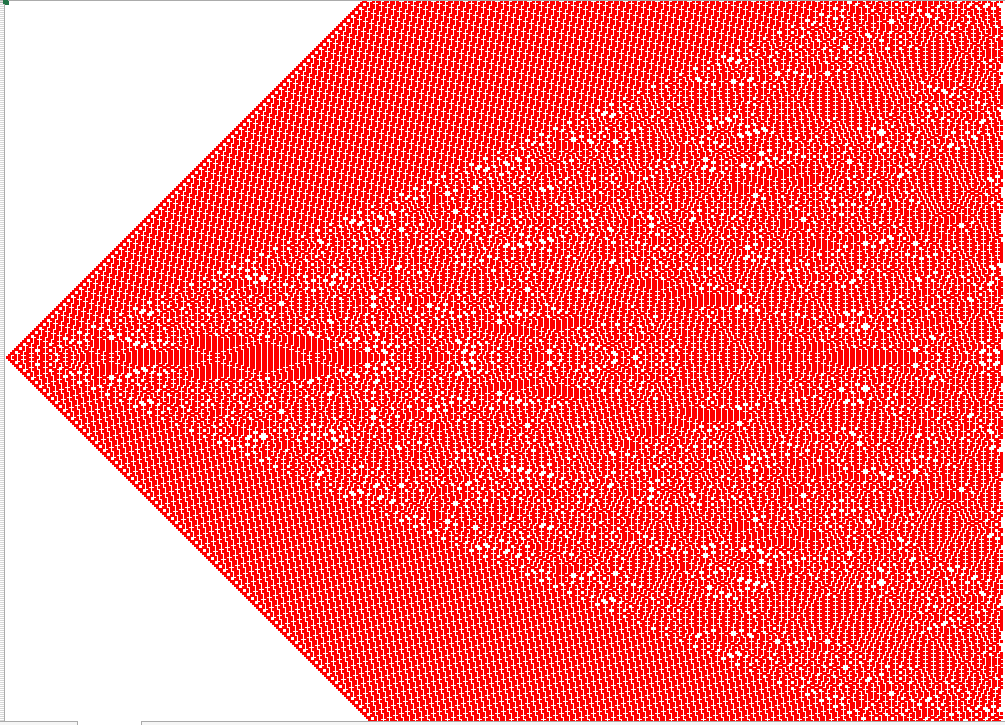 Not the answer you're looking for? Browse other questions tagged pattern computer-puzzle algorithm cellular-automata or ask your own question.

17
Help! I've forgotten my phone's lock pattern!
20
What is the central color?
10
What is the answer to this Bongard problem?
16
Can you recreate this fractal I randomly made?
12
What is a Frightful Number™?
4
Critters Ate My Clue
6
A real-world puzzler - find the pattern!
14
What is a Fun Puzzle?
14
Middle-Aged Life
2
What is a gksrnrdj Word?