(Please keep in mind that you can ignore all of Comey's comments and just focus on the messages and clues.)

The phone rings, and you turn down your music. It's Comey from the FBI.

Comey - "Look, I know I shouldn't ask, but we need your help. We think there's information hidden in some messages found on devices belonging to known dangerous criminals. We also know from other sources coordinated around the U.S. that there is an imminent attack somewhere on U.S. soil. We know the time, we just don't know the place. I've sent them to you along with some photos as well. And, there was a body too."

Instructions are forthcoming. We need you to coordinate your team and proceed to Lincoln Park to the playground. There, beneath the sand, you can get the ordnant's graphs and specs in the center of the geodome. Return to your vehicle putting it in reverse gear, momentarily, then proceed to the hotel. To avoid encounters with your alternate team, you must not go out at two, five, or seven.

Comey - "So, my guys tell me they were nowhere near Lincoln Park. Video footage shows no one in the area at the time of that message. But take a look at this photo of the dead guy's hand; it has written on it, thirty three, forty one, sixty one, and sixty six. 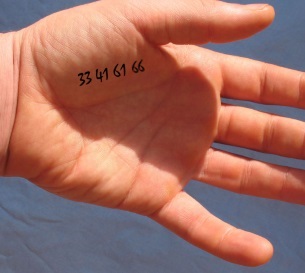 Comey - "The second message was sent sometime later. I know you've probably already seen the acrostic message in the last two sentences. We don't know if it's indicative of more or not, but we don't see more to it."

You're being sent forward to the recon zone. The school sits just north of the objective. It's negative only on a flare signal you would see overhead. This is for your brothers, and for our homeland. When it is time, there can be NO hesitation and zero tolerance for those that would try to stop you. Avoid your fellow brothers until then at three, five, and six. At long last, a holy unity. Always keep brothers and resist. 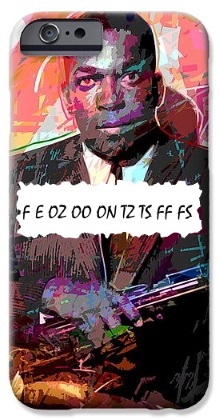 Comey - "We are counting on you to find their reconnaissance point and the target. I gotta go, but, on a personal note, I apologize again that we weren't able to find space for you here at the bureau... yet! Have faith though, I'm working on it."

Use the directional operative word (within the messages) to count.

Vivint Smart Home Arena (where the Utah Jazz play), with the recon zone being the college to the north.

This refers to the first letters of digits. Z=0, O=1, etc.
F, T and S are ambiguous though, which is where the numbers in the messages come in.

The presence of the acronym in the second message suggests that the first letters of words might be important. The numbers above refer to word indices. In the first message, this gives "wctatsgrm", in the second, "fzssooonz". The second is more interesting because it itself follows the same digit-letter mapping. Decoding with the second set of numbers (2-4-7), we get 407711190.

Now that we have the numbers, we can treat them as coordinates, as contributed by @Sleafar.

It could be that "it's negative only on a flare signal you would see overhead" should be taken as a hint that one of the coordinates is negative. Either way only 40.77, -111.90 lies in the U.S. as we know the objective to be.

Looking at Google Maps, this is in Salt Lake City, in a building of LDS Business College. As we have the phrase "the school sits just north of the objective", this implies that the Arena to the south is the target, and the school is the recon zone.

I'm still curious as to what the first message, including the numbers on the hand, was meant to convey; that is not part of this answer.

Not the answer you're looking for? Browse other questions tagged pattern story geography steganography or ask your own question.

35
Lolcat Steganography: Find the message hidden within the transport medium of humorous feline photography
8
The mystery of the anonymous email
9
Helping the Heiress... again
10
A mysterious email from the World Wildlife Fund
7
An unknown message from an unknown world
10
Downfall - The Riddle
12
Weird WhatsApp message
2
Schrödinger's phone
6
Find the location of the royal artifacts