This image contains a “Great Discovery”

As discussed on Numberphile, here is John Herschel's doodle, sent to his friend Charles Babbage.

John Herschel was an English polymath, mathematician, astronomer, chemist, inventor, and experimental photographer, who also did valuable botanical work. Herschel originated the use of the Julian day system in astronomy. He named seven moons of Saturn and four moons of Uranus. He made many contributions to the science of photography, and investigated colour blindness and the chemical power of ultraviolet rays; his Preliminary Discourse (1831), which advocated an inductive approach to scientific experiment and theory building, was an important contribution to the philosophy of science.

Info on This Sketch:

Herschel said: "Interpret this hieroglyphic, it contains a great discovery."

The figure at the centre is described as: "Dionysius the God of Functions, alias the genius of abstract numerical magnitude."

Just silliness between two friends, or something more? 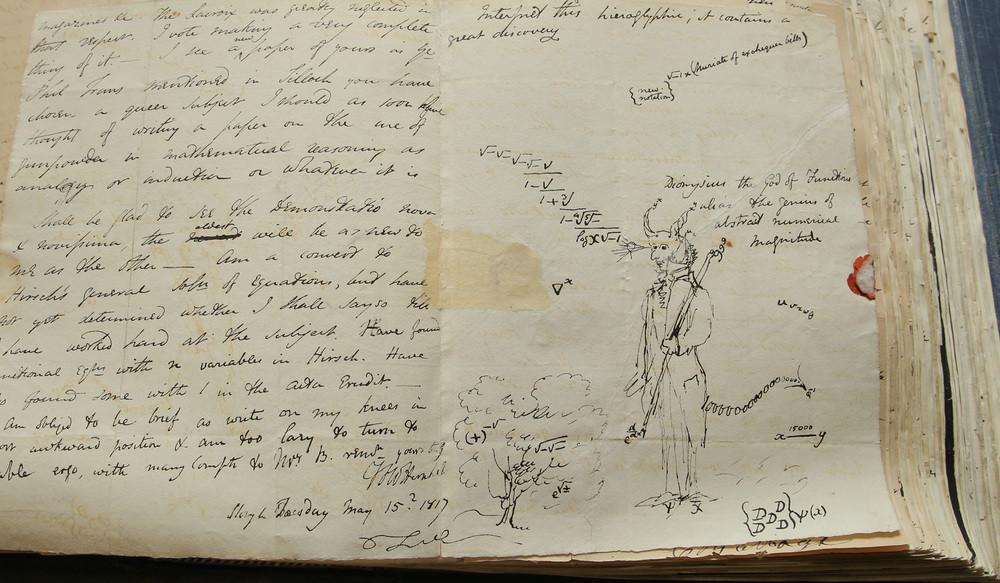 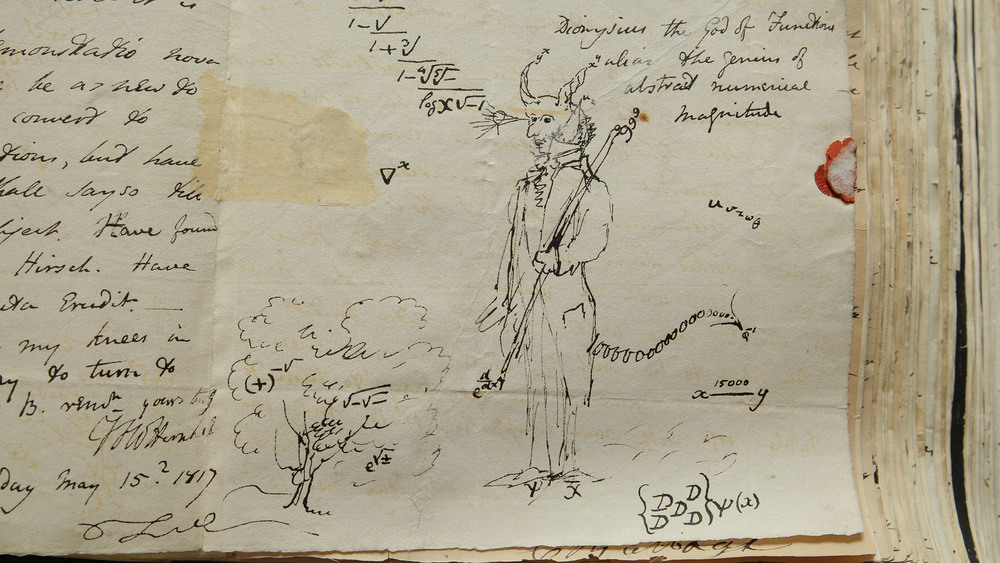 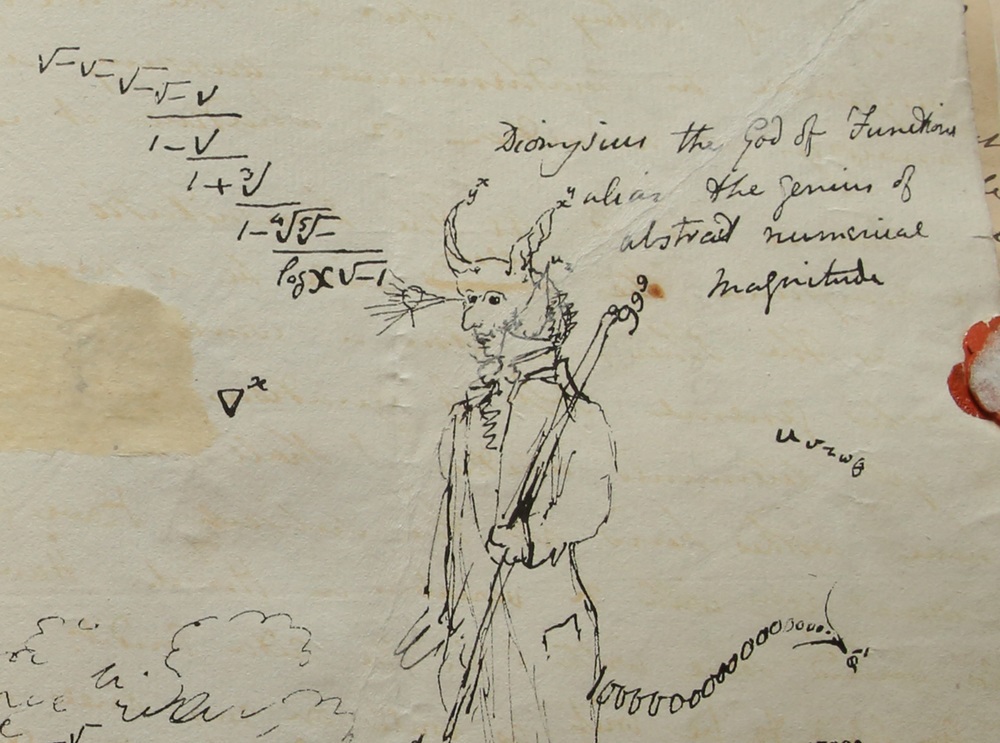 (Dionysus, the god of functions, alias, the genius of abstract numerical magnitude) 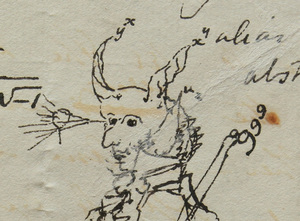 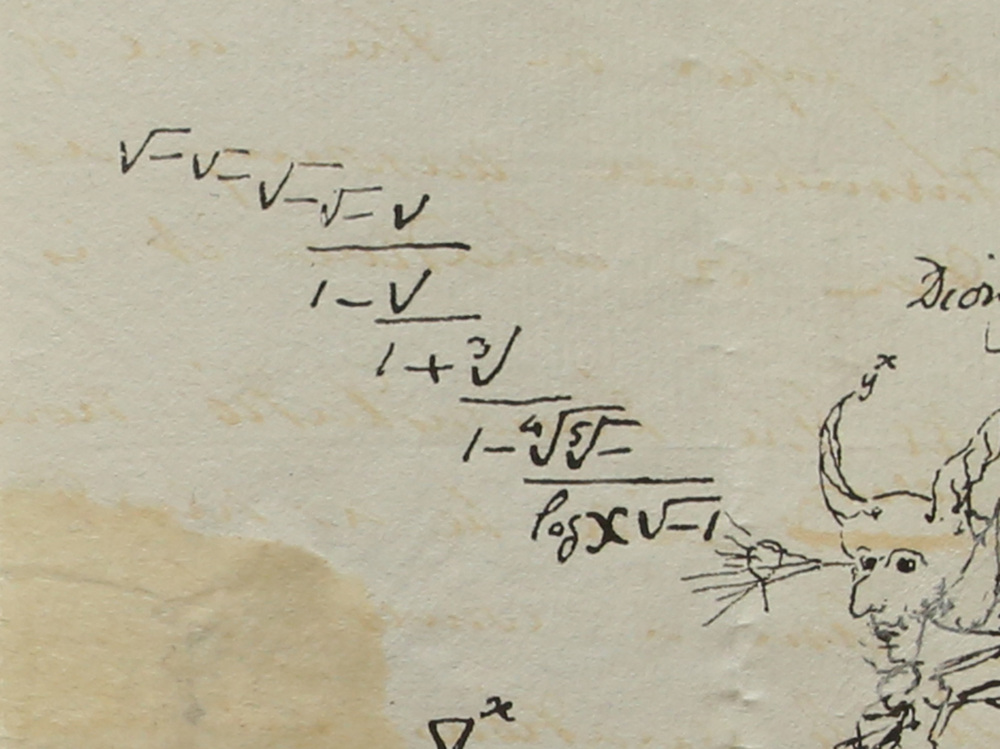 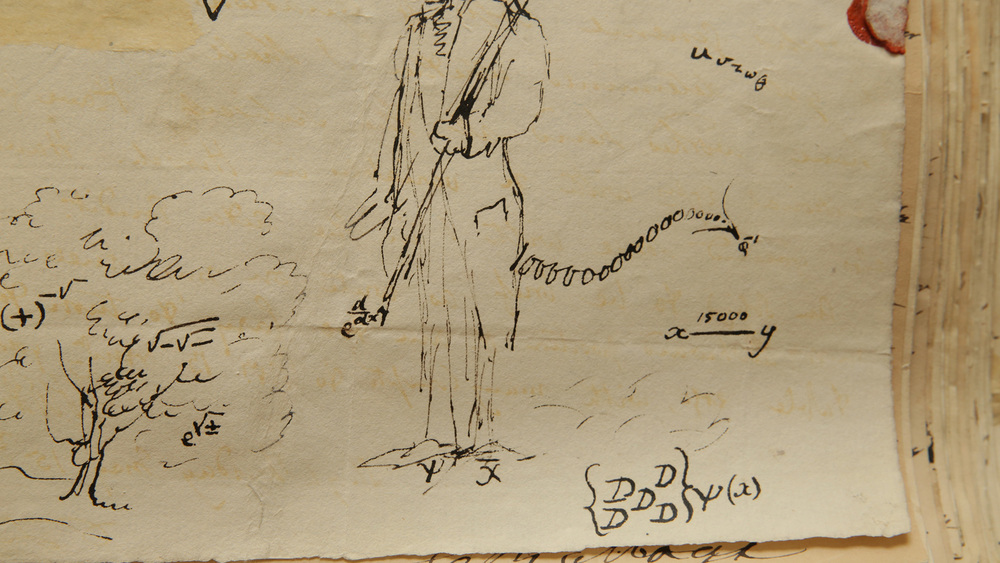 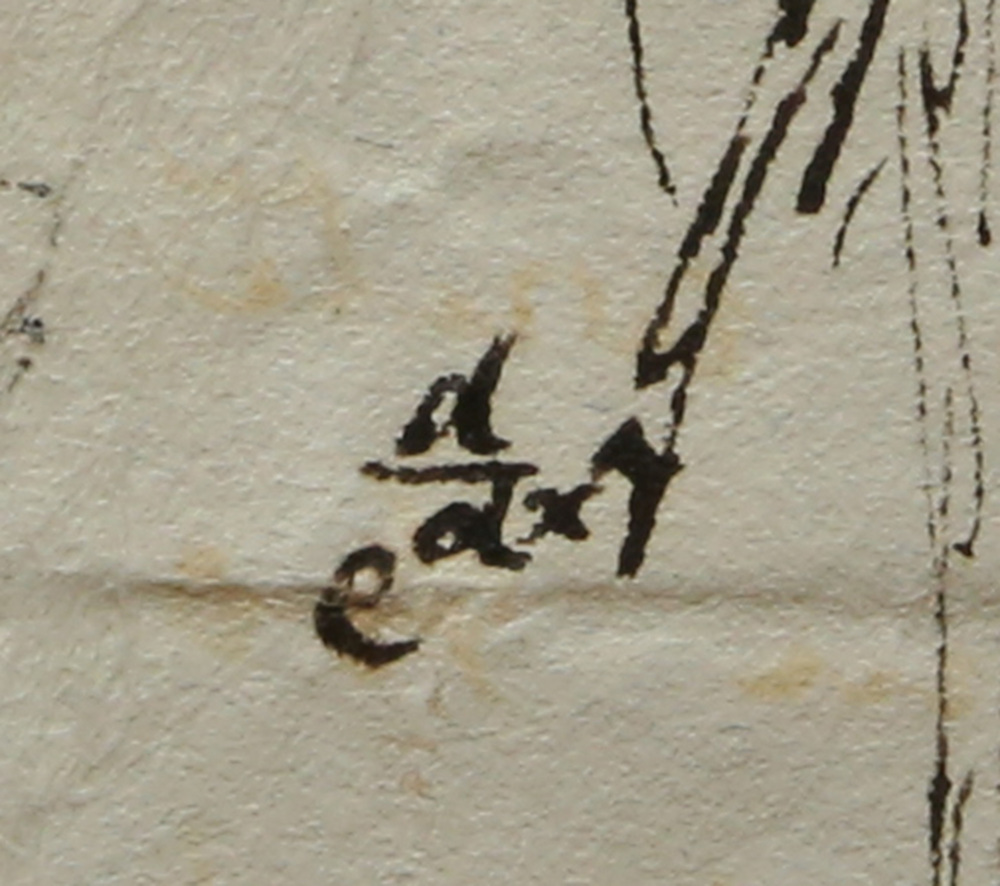 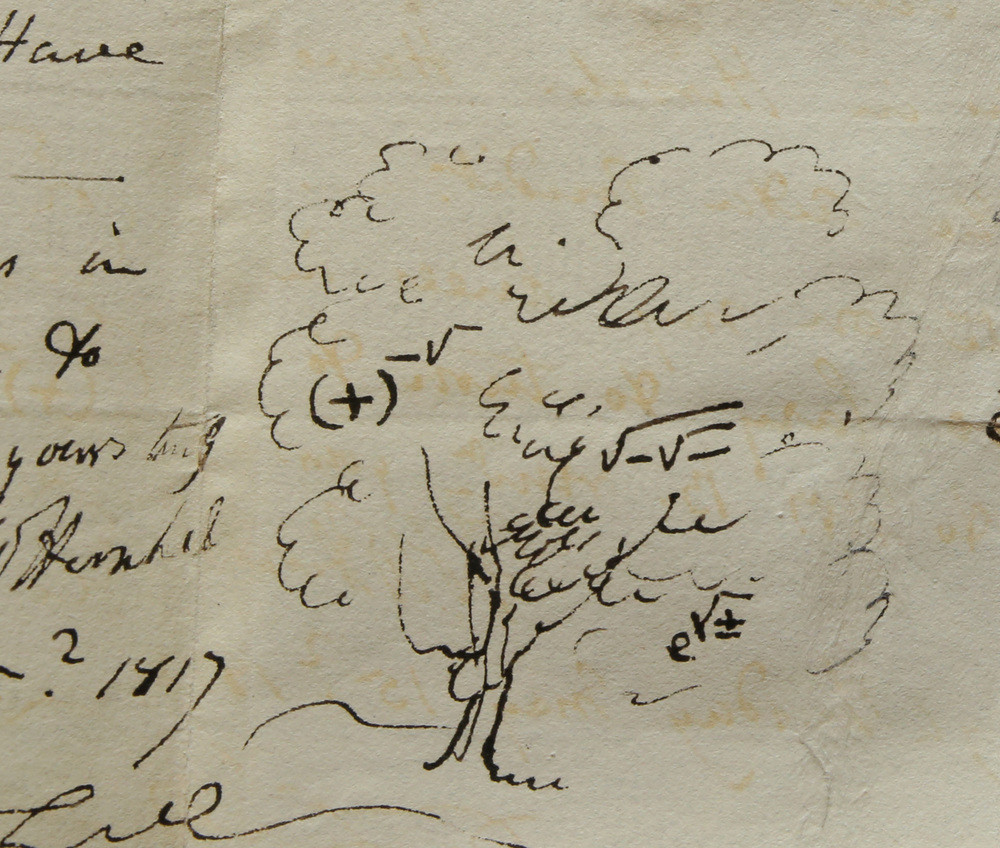 I'm not sure if the answer is relevant, but could it be continued fractions ?

At least, that's what the "serie" we see in this picture makes me think.

EDIT :
That's being said, the formula in the top right of this picture looks like the definition of $i$ : $\sqrt{-1}$

The answer could be under that piece of tape. If one looks closely, they could see that there is ink underneath!

Not only this, but the page appears to have had the writing stripped off of it, you can see in the foruth picture, bright yellow words. What is strange about these, is that in the seventh picture, one can see that d/dx aligns almost perfectly with the washed out writing.

Material That May Prove Helpful

Reddit Thread Discussing the Same Material
/r/Remedan, et al
Reddit.com https://www.reddit.com/r/math/comments/3csjhe/a_mysterious_doodle_by_john_herschel_does_anybody/
May provide threads of investigation we have not yet thought of yet

Descendants of John Herschel
WikiTree
http://www.wikitree.com/genealogy/Herschel-Descendants-17
I have just now attempted to contact one of them. I may try more in the future. It is unlikely they any of them will have any insight but it's worth a shot.

It is unlikely that we will be able to conclusively figure out any meaning in this message. It's possibly a joke between friends instead of a riddle. It's possible that Herschel was simply showing up a new notation he wanted everyone to adopt. One perspective I found from @OnThisDayinMath (Twitter) is as follows:

The God of Functions is suspected to refer to Dionysius Lardner who taught Mathematics at Trinity College at that time. Many of the symbols seem to have no relevance to mathematics of the period. They may have been ideas tossed around between the two men in their attempts to modernize British Mathematics.

They add a piece of information about Dionysius Lardner but speculate that the meaning behind this letter may not be of great value.

I will provide an update if I hear back from any descendants.

I think Herschel's "Great Discovery" is:

The Devil is full of crap. Each mathematical concept is sorely misplaced, a bit like the Devil.

Except for the $x^y, y^x$ reference on the Devil's Horns:

which might mean that Herschel has solved $x^y=y^x$, but there is no supporting evidence in the picture.

Not the answer you're looking for? Browse other questions tagged mathematics science history real unsolved-mysteries or ask your own question.

36
This puzzle's main portion is a piece of… cake?