What are these holes in my Connect Wall?

"Why on earth are there blank spaces in your connect wall?"

"In my defense, you just asked me to make categories with four words in them; you never said how many categories."

"It's a 4x4 grid! How many categories do you think? Ugh, I need to get this published in five minutes!"

"Are you kidding? It's your fault!"

"Hey, I delivered what you asked for, didn't I? I even went through the trouble of making cryptic clues! All right, here's an idea: publish it anyway, and call it the 'Hole in the Wall.' Just pretend the holes are intentional, you know, for the pun."

"That's the stupidest idea I've ever heard! And what if someone asks what kind of holes these are?" 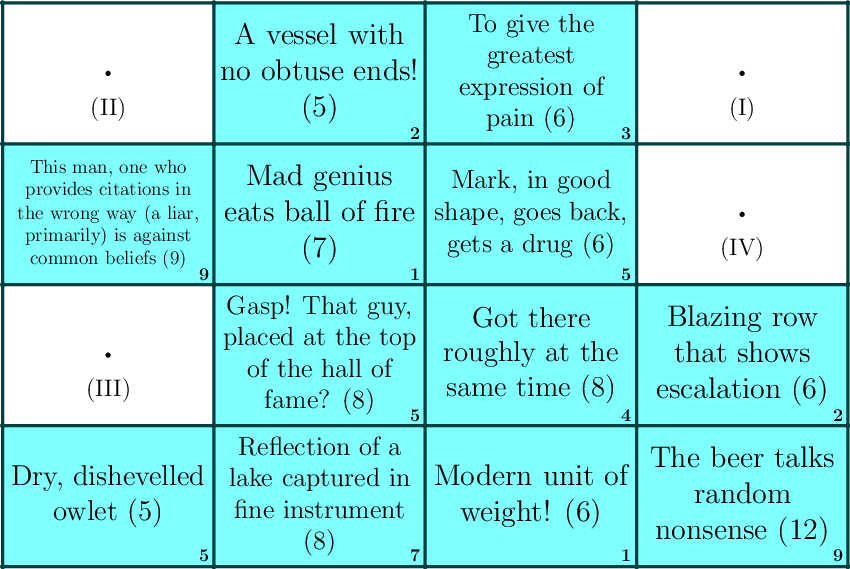 Given that the solutions to the cryptic clues are as follows...

To give the greatest expression of pain = BESTOW = BEST + OW

This man, one who provides citations in the wrong way (a liar, primarily) is against common beliefs = HERETICAL = HE + CITER< + A + L(iar)

Got there roughly at the same time = TOGETHER = GOTTHERE*

...we next notice that these answers can be split into three groups...

...depending on whether they contain a run of letters which is an anagram of the numbers ONE, TWO or THREE:

Next, we should notice the numbers in the corner of each box that contains a clue:

If we treat these as indices and look up the letter in that position within the word, we can read 'A SLITHERLINK'. This implies to me that we now need to solve a slitherlink grid-deduction puzzle based on whether each answer contains a 1, 2 or 3.

Our initial slitherlink grid and its final resolved state then look like this:

And superimposing this on the original connecting wall yields this: 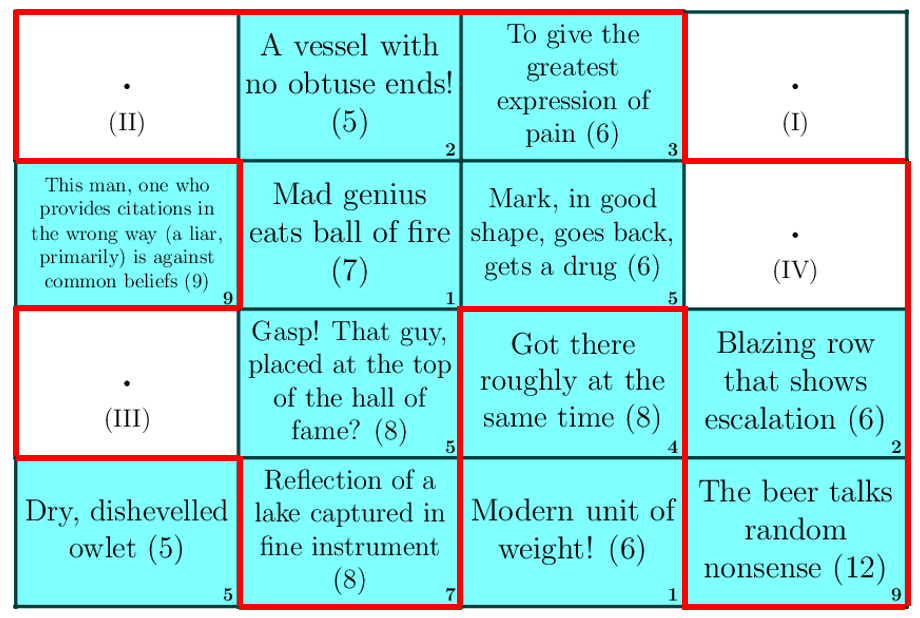 Finally, as pointed out by @HTM in comments (nice spot), let's focus on the cells containing the 'holes', and specifically...

...the shape of the loop that passes around their cell borders: 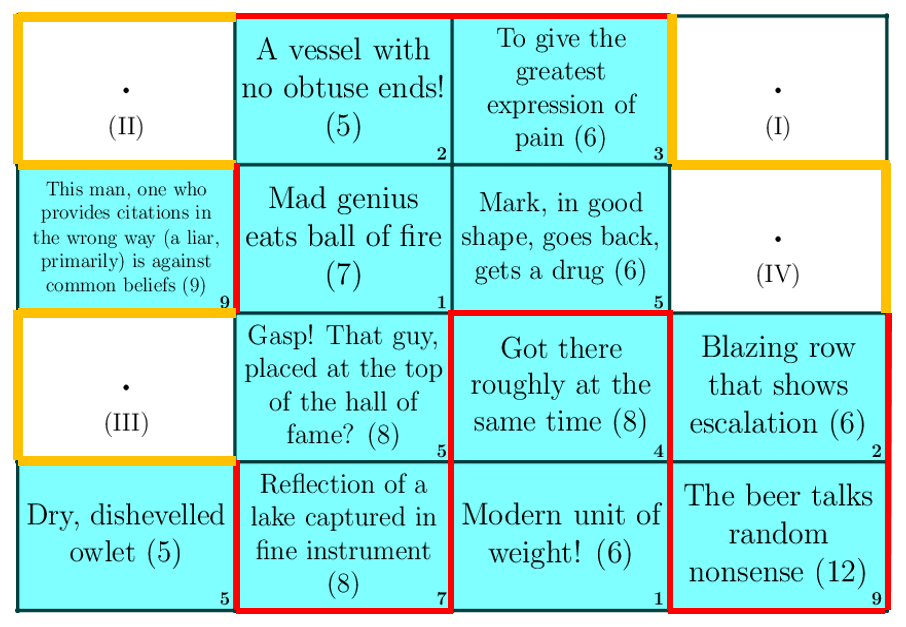 We have here an implementation of the pigpen cipher! If we order the cells by their Roman numerals (and include the cells' central dots) we see this sequence:

This is the pigpen encoding for LOOP, which means that these holes are LOOPHOLES! What an incredibly apt name for them, considering they are formed by the slitherlink loop. Great puzzle!

Not the answer you're looking for? Browse other questions tagged word enigmatic-puzzle cipher cryptic-clues connect-wall or ask your own question.

10
Only Connect - Connect Wall #1
21
Counter, Clock and Wise
10
The Ultimate Deusovi Honeypot
10
Watchers of the Word Wall
1
Find out what the secret is
15
A Connect Fano Plane
5
When designing a tougher Connect Wall, how to provide good entry points and signposting for a solver?
13
Connect Wall: "Who's that Pokémon?"
16
Kicking and screaming (a musical connect wall)
31
Re-Venn-ge of the Connecting Wall