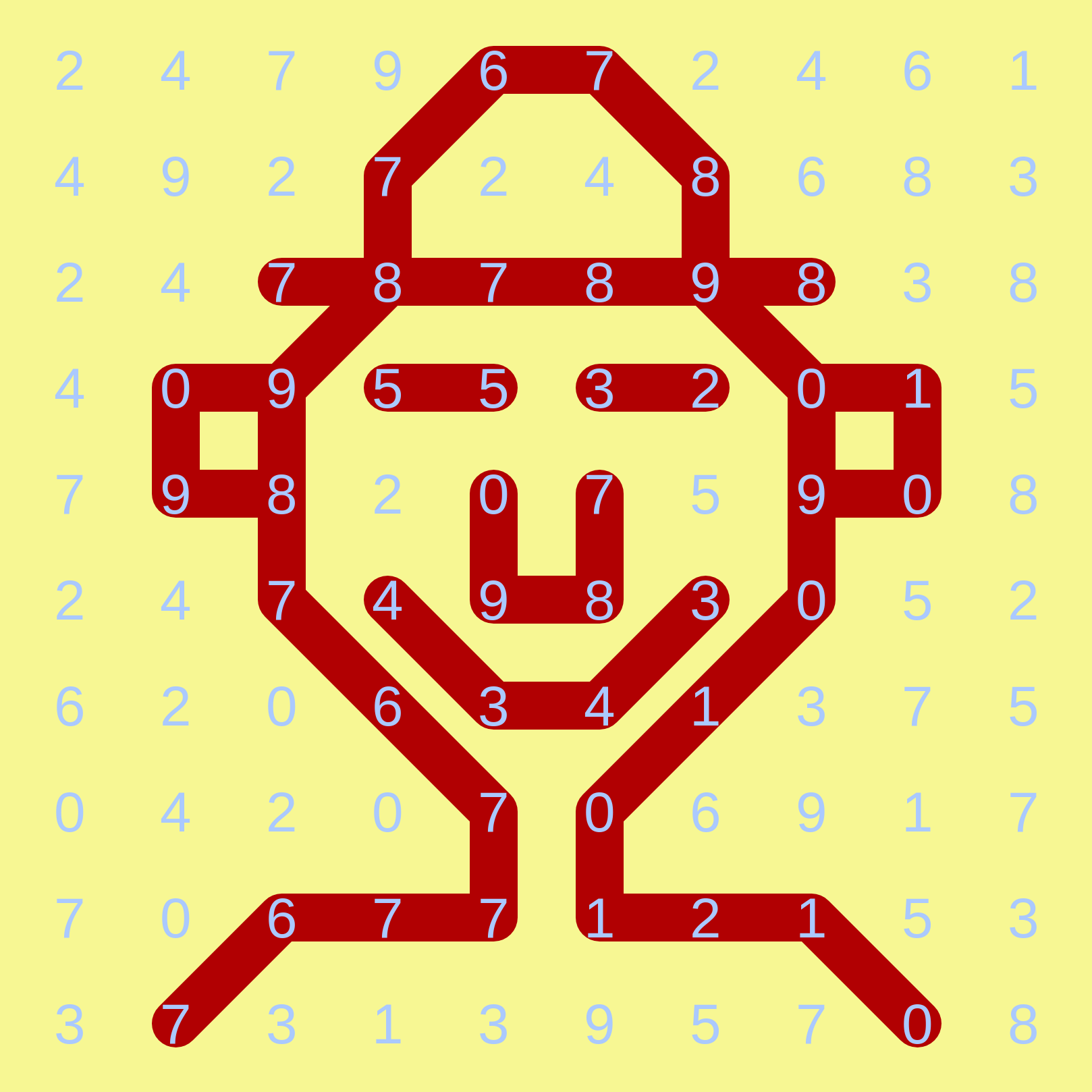 I'm Nick Rice the inventor (at least, I can find no evidence of it pre-existing) of a "new kind of puzzle" I'm calling Begriddled.

It involves joining characters (often digits) according to a circular sequence (provided or needing to be deduced in part or full) to reveal hidden designs - generally text but also pictures (like my avatar). The characters are presented in a grid of squares.

To complete a puzzle you need to adhere to two not-quite-the-same rules on top of a trivial "rule 0."

Rule 0: Dots are dots. You do nothing with them except pencil them in. They are the only character that does NOT obey Rule 1.

Rule 1: Join all pairs of horizontally and vertically adjacent characters that are the same.

Rule 2: Join all pairs of horizontally, vertically, and diagonally adjacent characters that appear next to each other in the sequence.

The "logic" version requires you to work out part or the whole of the sequence using additional rules. An example is that no set of joined up characters is more than three characters tall or wide.

We respect a laser-like focus on one topic.