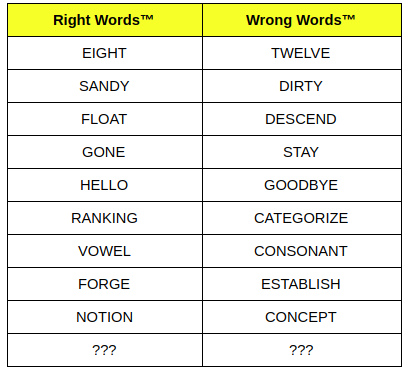 16
Enough of this charade! A common property puzzle
12
A quick cross word puzzle
7
Oppogram - Anagram of the opposite
23
What is a Koffka Word™? (also: Connect the Clues!)
11
Dead Letter Drops
2
Teaset number 5
18
Fully-Firstable Anagram Sets
6
When you give a cat a crossword
3
Anagrams, synonyms and antonym
3
Help Alice and Bob find common interests