The task is to somehow make sense of these images: each image represents a single word/noun/abbreviation except image 7 (two words). Once you've done that, replace the question marks (each question mark represents a digit). 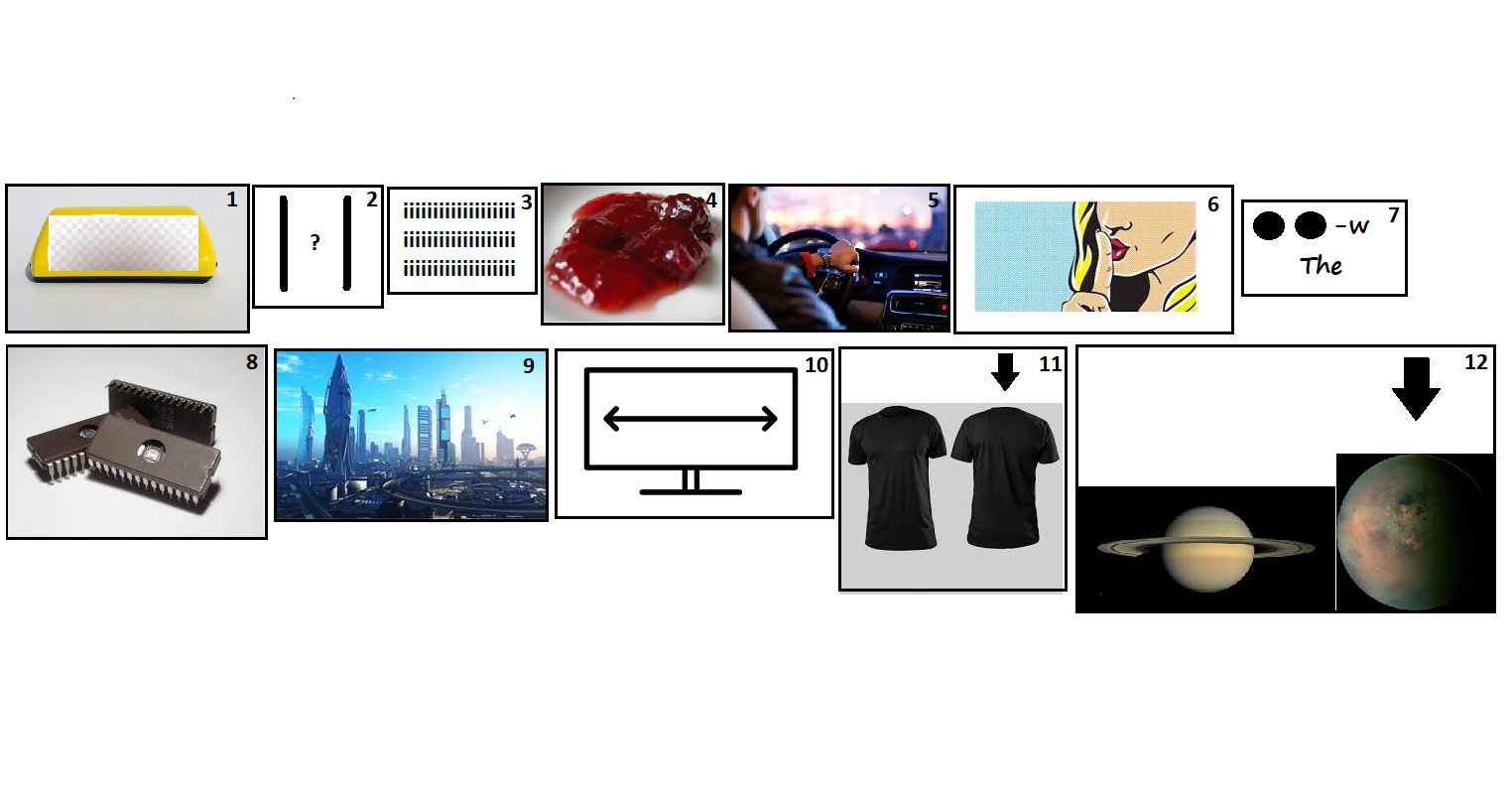 Thanks to @QuantumTwinkie for the tip that the images correspond to movie titles. Edit: I swapped the intended meanings of the images so with an additional hint from the puzzler I have hopefully corrected my mistake.

I will go in order of the words corresponding to the numbers of each image, which are then used as placeholders for the question marks.

As an aside: "Taxi Driver" was my first thought for the year 1976 as this was one of the most famous movies released that year but I had swapped clues 1 and 6, so I couldn't derive "Taxi Driver" from clues 5 and 6.

A set of pictures may clue to a movie, where the numbers refer to the year of which it was released(or how many years since its release)

I do not have a great moive knowlegde, but one could be

Quiet Place with clues #6 and #5(the guy is driving to a place?)

Clue three may refer to the word "eyes".

7
Listen to my Story...Let us find the Unique Invisible Pan Digital Pair
6
Monks in a temple
10
You're being Cryptex!
10
The Rock and Roll Connect Wall of Fame
7
An extra one? Who knows
23
What is a Prebus Word™?
7
Dastardly Diagrams
9
An unusual source of inspiration?
6
A rebus representing a Christian prayer
9
Something Commonly Searched For