Can you find the key move?

I've created this chess problem for today. it's White to move and their pawns move upward. Can you find the key move? Have fun, and no computers are allowed! 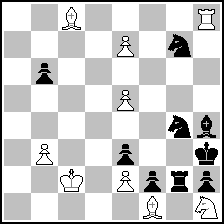 Let's see if black has a good way to prevent

the white king walking to f3 to support the bishop giving mate on g2.
1. Kd3

1... Ne6
threatening to put the knight on g5 to prevent the king from entering.

So, it seems that plan doesn't quite work. However, white has another way to deliver mate:

I think that this is not

With the first move being

Analyzing all of black options: After this move, black cannot play

bacause in these cases

One possibility for black is the move

In this case, white cannot play

but has the option to play

2.e8=Q which is also mate in 6, forcing 2.Nf4+ (because of 2.b5 3.Qxh5 b4 4. Qxh4#) and forcing white to move the king somewhere, having ideas of checkmating with the queen in 2 on Qxg4# or Qxh4#. However, black does always have the option to give check at least once in all of these lines leading to a variety of forced mates in 6

Looking at the other possible first moves for black:

48
Can you stop the rambling rook?
11
One-sided chess: Can you stalemate yourself?
5
A Multitude Of Mates In 5-An Original Chess Puzzle
6
Down The Board-Selfmate In 10 Moves
7
Tricky Tricky!-Can you find the secret?
7
A “Simple” Task
2
That Ain't Right… #4
2
A challenge-find the shortest solution!
2
Footmen And Friends #3: Eviction