This number sequence has entered my life recently

Just recently, I've noticed this sequence of numbers has become a pretty big part of my life. It goes like this:

So here's the mystery:

Here's some clues if you're stuck:

When I say I've seen it recently, since the 23rd of March. (I live in the UK)

The only time I see this go past 4 is on Sunday Mornings.

@athin has found the mathematical pattern in the sequence and created a useful general way to display it pictorially (go see their post and upvote). However, a slightly more accurate diagrammatic rendering would be as follows: 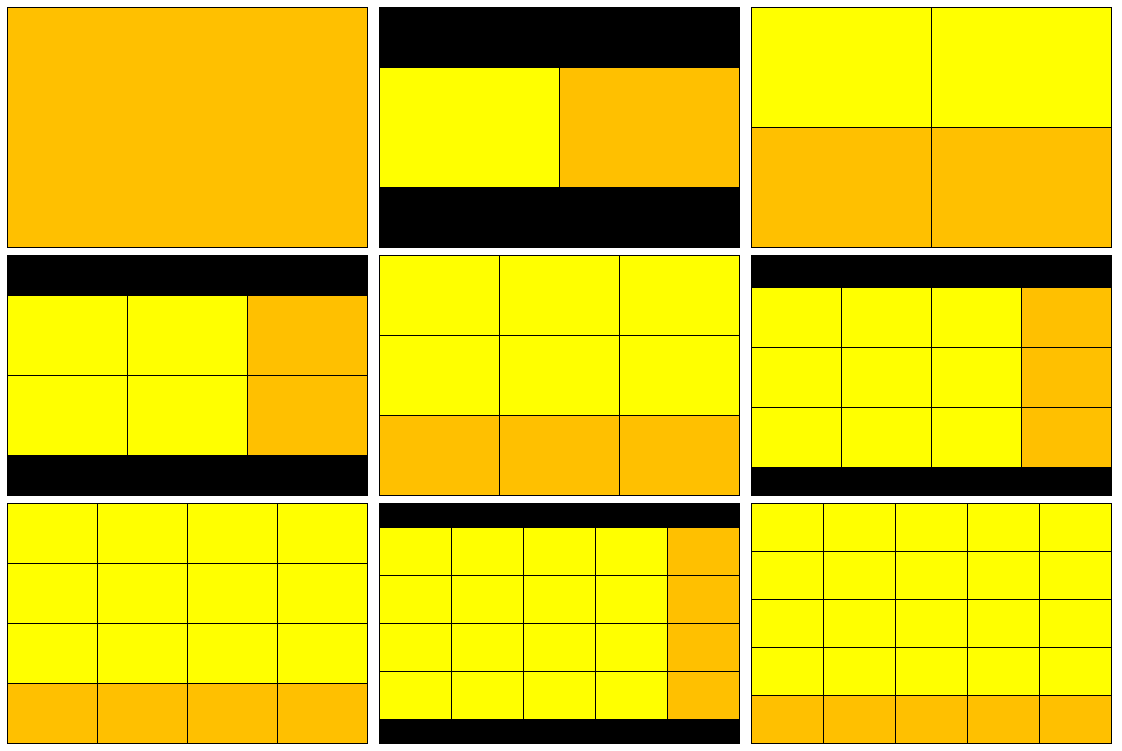 This is because the sequence reflects:

The size of sequential regular rectangular arrangements of participant windows in a video conference call.

The significance of 23 March in the hints is that:

This was the day of the stay-at-home government order from UK Prime Minister Boris Johnson that led to the first closures of workplaces due to the threat of coronavirus in the early days of the pandemic. From this date many workers in the UK - the OP included, presumably - began working from home and using video-conferencing software (like Zoom, Skype, MS Teams, etc.) with much greater frequency, in order to attend meetings with office mates and colleagues in disparate locations.

The pattern emerges as:

the number of participant windows visible on-screen increases. Usually these appear in a space-efficient visual grid, making optimal use of the space available on-screen (while preserving the relative dimensions of each individual window as closely as possible). The given sequence of 1, 2, 4, 6, 9, 12 represents grids of 1×1, 1×2, 2×2, 2×3, 3×3 and 3×4. The next term in the sequence would be 16 as the grid resizes to 4×4...

Note that in many of the main video-conferencing software packages (like Zoom) the sequence would terminate at 25, since at this point the extra attendees would begin appearing on a second 'overspill' page, so as not to result in the participant windows becoming too small to be usefully seen on the screen.

Why does the sequence only pass 4 on a Sunday morning? Possibly because:

The OP works in a small company with few close colleagues, never attending particularly large meetings during the week. However, on a Sunday they attend a virtual religious service online using similar video-conferencing software but with many more participants from a local church, mosque or temple congregation!

Here's hoping this sequence can be seen no longer very soon. Stay well and keep safe! :)

The sequence can be visually illustrated as the following:

For the mystery part, it also somewhat illustrates:

The pandemic i.e. the spread of the virus. It starts with one point, then it spreads horizontally and vertically (going right, down, left, then up).

The formula of the sequence is:

$\lceil\frac{n}{2}\rceil \times \lceil\frac{n+1}{2}\rceil$, which basically alternates between a square or a rectangle which its lengths differ by one.

Congratulations, I am assuming you have recently become a mother/father. These are the ages, in months, that doting parents use when someone asks "how old is he/she". If I remember correctly, the next one is 18, after which the series steps back to 2,3,4...(in years).

Not the answer you're looking for? Browse other questions tagged knowledge number-sequence real or ask your own question.