Two bosses of different companies take turns delivering long speeches. Every speech much “claim” at least one unused square by uttering the corresponding buzzword(s) in the table below. Victory is obtained by forcing the opponent to claim three squares in a row, horizontally vertically or diagonally. If all squares are claimed and neither boss gets three in a row then the game ends in a draw.

(1) What is the proper result with perfect play on both sides?

(2) Does the result change if every speech must claim exactly one square? This is probably a simpler problem, but not really in the spirit of the game!

NOTE: this is an example of a zero-sum game. For those who are not in the loop, information on Buzzword Bingo is available at https://en.wikipedia.org/wiki/Buzzword_bingo – or if you are proactive you should be able to guess the rules. Would your answer to the above questions be scalable to larger grids? 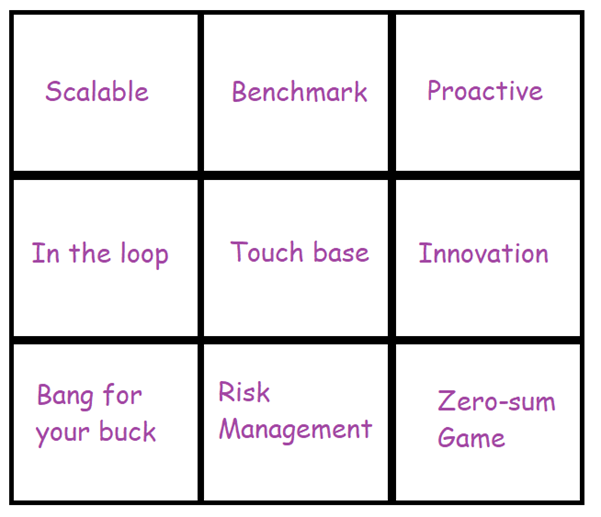 So, we are playing misère Tic-tac-toe with the option of taking more than one turn in a row. Seems quite interesting, so let's take a stab at it.

The flow of the narrative here is a bit messy, because the answer was not all written in one go. Since a full rewrite would be too time consuming, I've added some chapter breaks to give at least some structure to the text. Here's what's going to happen:

Getting acquainted with the game, figuring out the best starting move

At first glance, it seems that the centre must be avoided at all costs. Indeed, if you start at the centre, the opponent has a "mate-in-2": 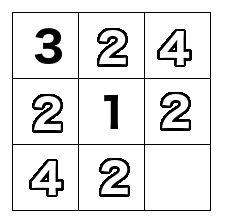 (The starting player can play a second 3 at one of the 4s himself, but since he cannot take both, the result is still the same.) 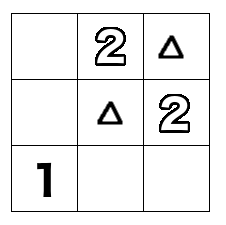 Playing move 3 at either triangle instantly loses to the opponent leaving only the other triangle, and picking any other spot creates another unplayable square, which the opponent can leverage for an eventual win: 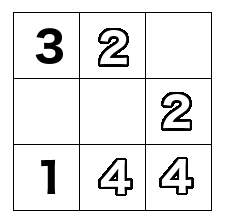 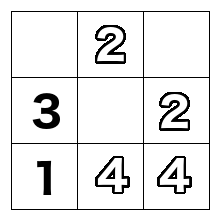 Taking any additional squares in combination with these bad squares is only going to make things worse, so the best starting move must be to

play on a side. (Playing any two sides on the first move seems to lose.)

This agrees with the intuitive notion that you want your plays to create as few potentially losing connections as possible, and the sides are the only squares that are not on a diagonal.

Break down what we learned as explicit heuristics

From here the variations branch a bit, so let's establish some important heuristics first:

In light of these, let's examine the most likely opening: 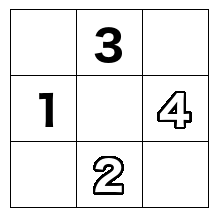 Looks like playing the 5th move in the "most blocked" corner gives a draw here: 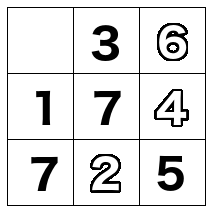 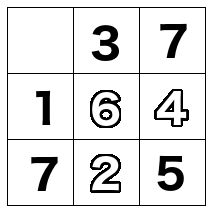 (Somewhat surprisingly, 5 at the centre also seems to draw.)

Using that result, MiniMax our way back to the first move

So unless we can find a more aggressive opening for the second player, the whole game is a draw. Let's list all the single-move candidates for 4: 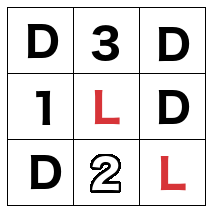 Here are some examples of the strongest lines for both players: 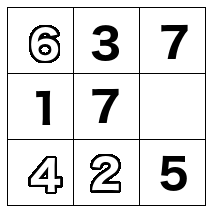 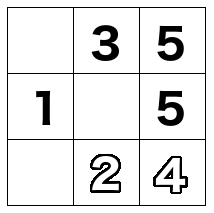 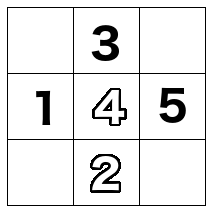 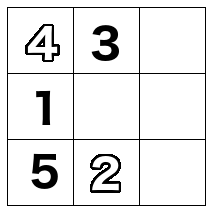 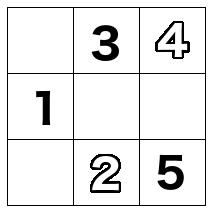 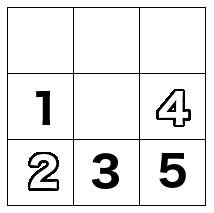 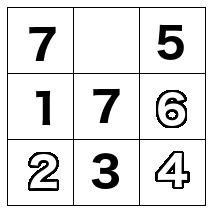 So unless I made a mistake somewhere, with optimal play from both sides

the game is a draw.

(Answer to question 2: with only one move allowed per turn, the result is the same.)

We only need to look at strategies for second player.

Before I get into the lines, I'll introduce to more critical boards.

These positions are important because

They are winning boards for O!
In position A, O plays to the lower right corner. No matter which move X plays from that position, O can force them into completing a row.
In Position B, O plays to the right side, then plays back all of X's moves, rotated 90degrees, until X is forced to take the center and loses.

X loses if they play on two side squares.

I believe that this can be combined with Bass's answer to create a complete winning strategy for player 2, but I haven't exhaustively proven that yet.

Not the answer you're looking for? Browse other questions tagged game game-theory or ask your own question.