So I think I might have been hacked...my Google maps has gone crazy. I tried poking a couple of places in, and it is taking me to the wrong location.

When I enter CAYMAN, it tells me it is between the villages of Hope Bowdler and Wall under Heywood in Shropshire.

When I enter ISLAND, it tells me it is just outside of Harthill village in Cheshire (note: the original version of this puzzle had this errantly placed in South Yorkshire...thanks to Stiv for noting).

When I enter DURHAM, it tells me it is a few miles east of Dalbury Lees parish in Derbyshire.

When I enter WARSAW, it tells me it is just outside Copt Heath in the West Midlands, by Grand Union canal.

Crikey! I don't even live in the UK! In fact, my next trip is to POLAND, but I'm afraid to look it up. Can you tell me where my hacked Google maps will point me?

So I experimented a bit more with this, and I tried searching a few more words. The first three words I tried: GERMANY, SPAIN, and LONDON. For all of them, I got "404 Page not Found" errors. So I hoped everything was back to normal. But check this out: when I started to make plans to board my dogs, I accidentally typed KENNEL into Google Maps instead of the regular search engine, and dangit if it didn't take me just southwest of Little Downham village in Cambridgeshire. I mean, maybe there's a kennel there, but it's a bit far from home.

Six is not a prime number.

The first thing to notice here is that:

Each of the entered words which lead you to a valid UK location can be split into 2 parts, 3-letters long. In each case, these 3-letter segments are valid ISO 3166-2:GB codes that designate a particular UK location:

How does this produce the locations turned up by your 'hacked' Google Maps?

Type the two members of each pair of locations into Google's My Maps (using the names exactly as written on the Wikipedia page linked above) and plot the default coordinates that it generates. Note their latitude and longitude values.

Now calculate the mathematical midpoint between the paired latitude-longitude values - this will be the exact location suggested by your 'hacked' Google Maps!

Halfway between CAY (Caerphilly) & MAN (Manchester) --> 'between the villages of Hope Bowdler and Wall under Heywood in Shropshire';

Halfway between ISL (Islington) & AND (Ards and North Down) --> 'just outside of Harthill village in [Cheshire]'); (NB Not South Yorkshire as per the original question wording...)

An example of the general principle: 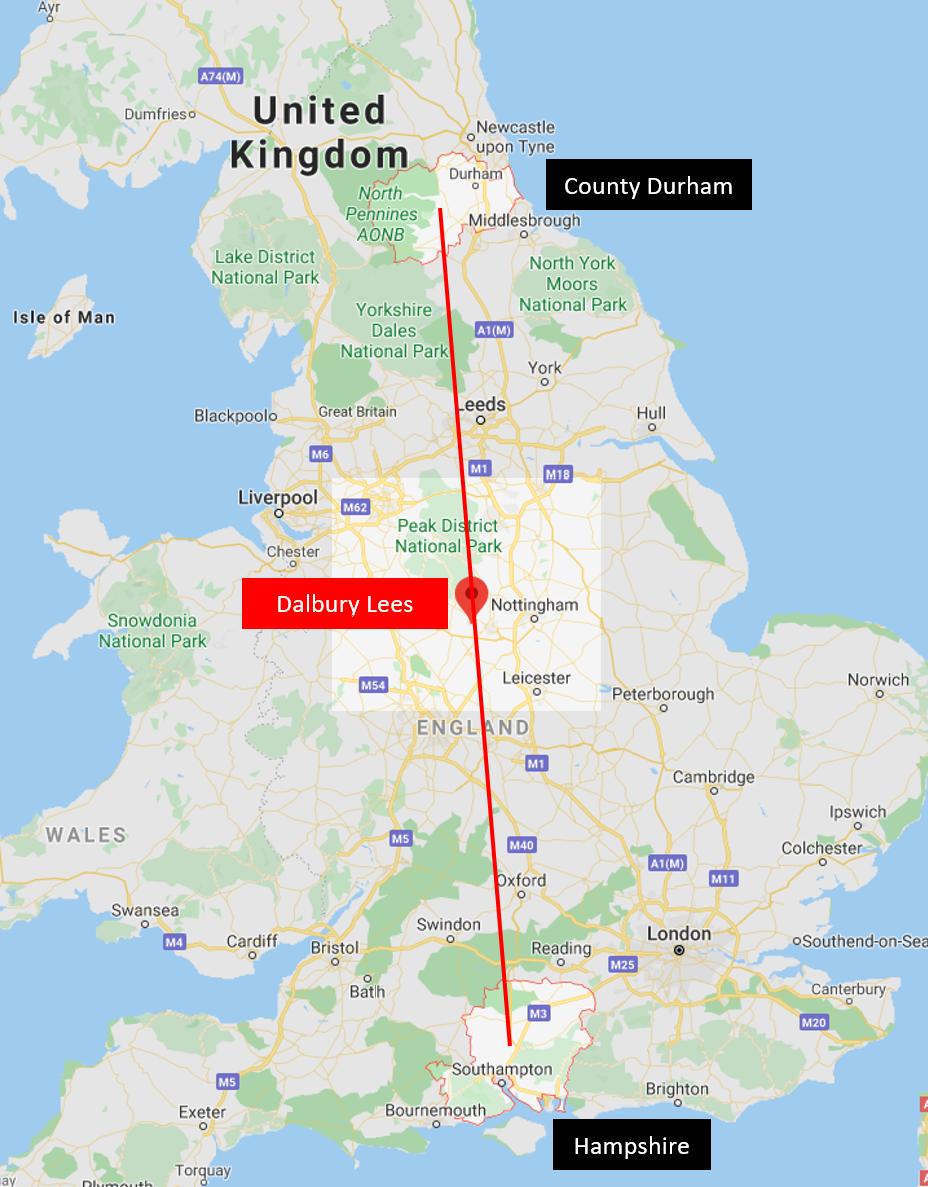 So, how about that trip to POLAND? Well, consider that:

POLAND can be split into POL (Poole) and AND (Ards and North Down). Working off their respective longitude and latitude, the halfway point between these two lies deep in the Snowdonia National Park in Wales, just north of Rhydymain. Great hiking country - make sure you pack some sturdy boots! 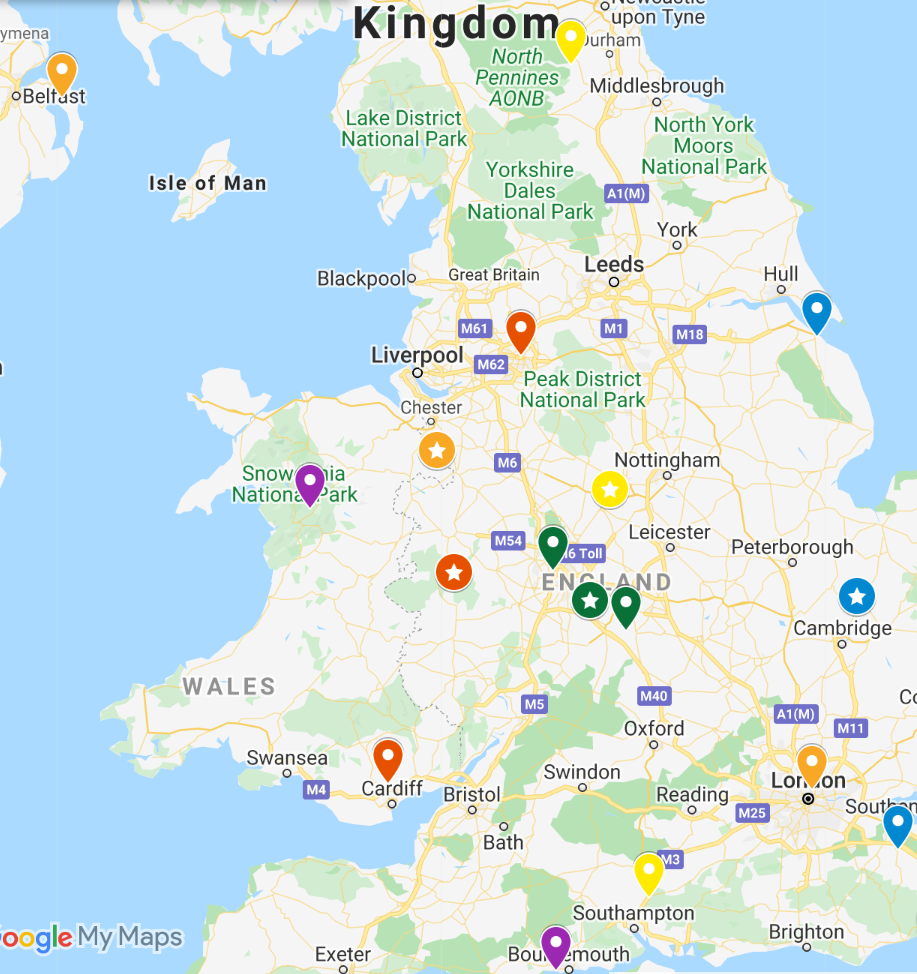 - Here, each location pair shares a colour, and their 'hacked' output location is marked with a star of the same colour. The exception is the solution, which is the purple star halfway between the southern purple point (POL) and the northwestern most orange point (AND), which is also part of another pair.

- Note that the green points appear out of line purely due to being zoomed out.

Partial Answer(or just a start)
What I found is

All of these places have some sort of village hall or club.
I don't know if it really adds anything.

Another potential start, but searching these places on a map I notice

My first thought was to convert

There were two problems with this:

phone numbers of businesses listed in the vicinity of the points mentioned, but that didn't match any way I could see, and using such data would seem out of scope for this kind of puzzle anyway.

24
Hacked maps, back in the UK
8
Google (Maps) Hacking worldwide