This is not a puzzle, this is a question about a certain puzzle, Dog's mead. Several forms of this puzzle have been known, and I'm referring to this particular form. There are some history on that page of researching for authorship of the puzzle, and how many, slightly varies versions came to be. The author of the puzzle is Bill Williams. 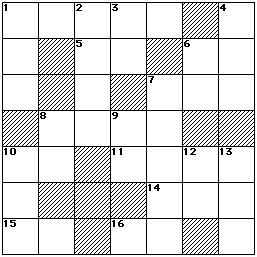 I have not found the solution to this particular version anywhere on the internet, solutions to other variations, are available, however I think I was able to solve it myself. My question is about the information missing from this puzzle, that is required to solve it. Many versions of that puzzle given in the internet provide many hints, some of which are not necessary for puzzle solution, but some of them seems to be crucial, e.g. it is not possible to solve the puzzle without this information. I would like your help to figuring out which of these hints really need to be added to the problem statement, which are "nice to have to prove you are on the right track", and which are completely unnecessary. I understand that the "nice to have" part is somewhat subjective, but the rest of it I think we can do.

There are some basic information given, that I think is necessary:

The rest of the post is under spoiler for the sake of those who want to try the puzzle by themselves first.

The typical reproductive age for women is 12 to 51.
But let's say the lower limit for marriage is 16 and childbirth 17.

I don't think there were two Mrs Dunks – that would have been a trick question.
But it changes what I previously thought to be likely and go for 72.
and Farmer Dunk did not find a wife until he was in his late twenties.

Going back to the hints.
You put "two equal answers" as a hint but it is the only essential information.
It should be part of the puzzle (the rest can be reasonable assumptions).
Your original post linked to a form of the puzzle that did state the condition:
Dog’s Mead, an old English puzzle

So in summary:
1) The earlier puzzle link was better.
2) The "two same answers" should be a clue, not a hint.

Previous Update:
I have solved the dilemma for 10 ac/dn, but have not updated the answer grid.
There was one thing I overlooked mentioned indirectly in the hints, which is:

The same answer in a crossword never appears twice
So 10d can't be 792 because it is the answer to 14a.
So 10d is 682 and in 10a Farmer Dunk is 62 years old: the more plausible answer.
Happy to have arrived eventually! A very good puzzle.

Edit:
An almost completed puzzle. I only looked at the hints afterwards, and found
that my first answer was incorrect having misread the clue for 6 down.
Revised –

I made the assumption that all are integer values and none begin with 0.
The divisions must result in whole numbers, quite a restriction.

I solved the clues by a combination of logic and possibility perms in
several steps from the types of clue: dimensions - values - ages - dates.
There is some interrelation between those categories, and so I also had to
go back over through the steps, applying limits from answers known later. 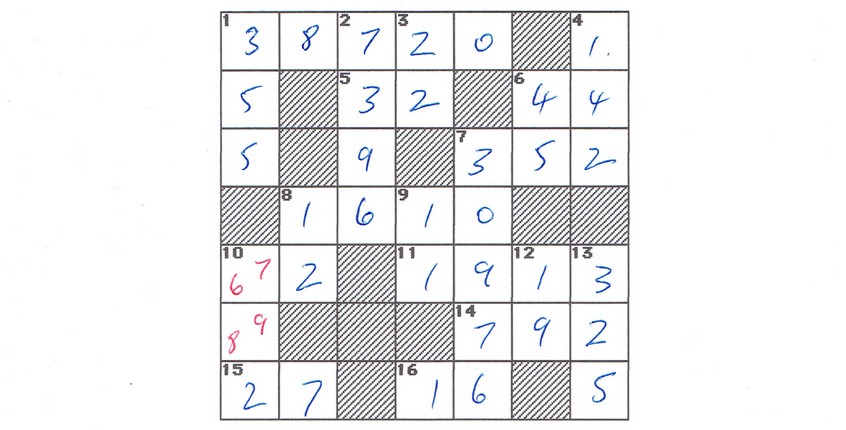 The first 62 is more likely.

I found that none of them were really necessary in addition to what I assumed except they tipped me off to my original wrong answer by stating Martha's age.

I did implicitly make the assumption that dates were on the 1st January, but did not notice any possible conflict until reading the hints. I just took the ages and years at face value. I also made no allowance for gestation period, shifting perhaps a year doesn't make much difference.

I've spent some more time on this puzzle, and by and large I agree with Weather Vane's answer, that the only real ambiguity is about Farmer Dunk's age (10 across and 10 down).

My own conclusion, is that it won't hurt to insert these into general directions:

No answer in the grid starts with 0. One single digit integer per grid cell.

In addition, we need another clue to resolve the ambiguity. Weather Vane suggested one in his answer, I'm suggesting this one, taken from the op:

Below are my solution steps for reference.

8 across is the year that Little Pigley came into occupation by the Dunks, and 13 down which is three digits is the length of tenure in years of Little Pigley by the Dunk family. Since 8 across is a four digit number starting with 1, the current year must start with either 1 or 2, and if so, then Birth year of Mary, 11 across, must also start with either 1 or 2. This means that the last digit of 9 down is 1 or 2. The last digit of 16 across, which is fifteen across minus nine down then is 5 or 6 if 15 across is 27, and 2 or 3 if 15 across is 64. Coincidently, this is also the last digit of 7 down, width of Dog's Mead in yards squared. No square ends in 2 or 3 though, so we can eliminate 64 as a possible candidate for 15 across. We can now fill in 15 across as 27. 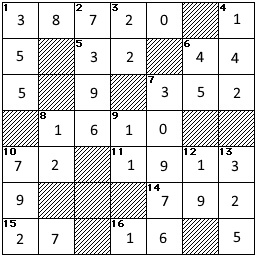 Not the answer you're looking for? Browse other questions tagged mathematics calculation-puzzle crosswords or ask your own question.

11
The person, be it gentleman or lady, who has not pleasure in a good novel, must be intolerably stupid. — Jane Austen
10
The oldest wins the prize, but they won't tell their age
47
A crossword so simple, it practically solves itself
6
A puzzle for my family
16
Devoted to high culture
10
Gladys visits a campus
3
Cannonballs packing
6
Crossnumber Puzzle
36
Self-contained math crossword with if-then-else clues
17
Coming back with a 4D Crossword!