Escape from your friend!

I saw this interesting problem in a Mathematics book in Chinese(I translated it):

You and your friend is playing a game. There is a square swimming pool, and you are in the middle of it. Your friend is at one of the corners of the square pool. Your goal is to escape from your friend, and he cannot swim in the pool. His running speed is three times your swimming speed but you run faster than him. Can you escape from him?

Here is a straightforward escape route.

Go to the centre of the pool. Divide the pool into octants, and swim directly across the middle of the octant opposite your friend. In this picture your friend is somewhere along AE, where E is the midpoint of side AB. You swim directly to the point F, which is the point one quarter along side CD. By rotating/reflecting, this method works wherever your friend is. 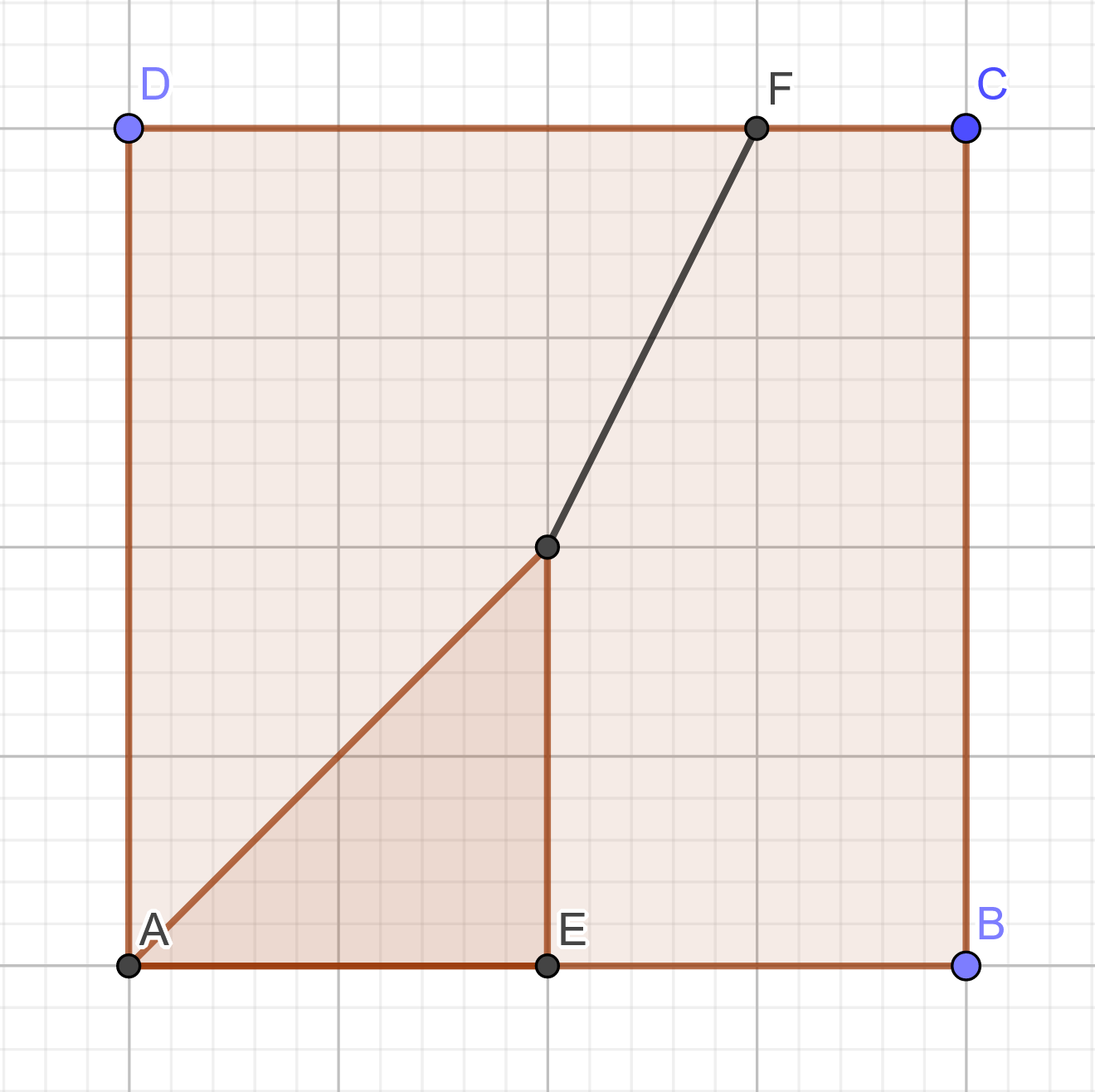 I started with two options, take his longest route or take your shortest

Your shortest would to go to the middle of one edge opposite of him, that would make your distance 1/2A, but add the slowness and it's 3/2A and he would have to go across one side and half of other, which would be 3/2A, which is same length.

His longest would be 2A, and for that it would take you about 2.1A (3/2 of the diagonal, but without the computer to get the exact number)

The way to run away would be to start his longest route and when he moves 1/2A you change direction to go to edge further from him. At that point your movement would be somewhat less than 3/2A and his would be more than 3/2A since he has to go around two corners and he's in the middle of one side

Not the answer you're looking for? Browse other questions tagged mathematics geometry no-computers combinatorics or ask your own question.

25
The lake monster
9
A first choice die
4
Where's that book you want?
22
Even and Odd game
8
Gambling with the leading digit of $2^n$
7
Escape the cube puzzle
6
Find the Rogue with AOE
6
The Starks, Parks, Clarks and their kids
1
The Thrilling Chase