The eight words pictured here, along with their positions, can be divided into two groups of four words apiece. Identify the two groups and why each word-position combination belongs to its group. 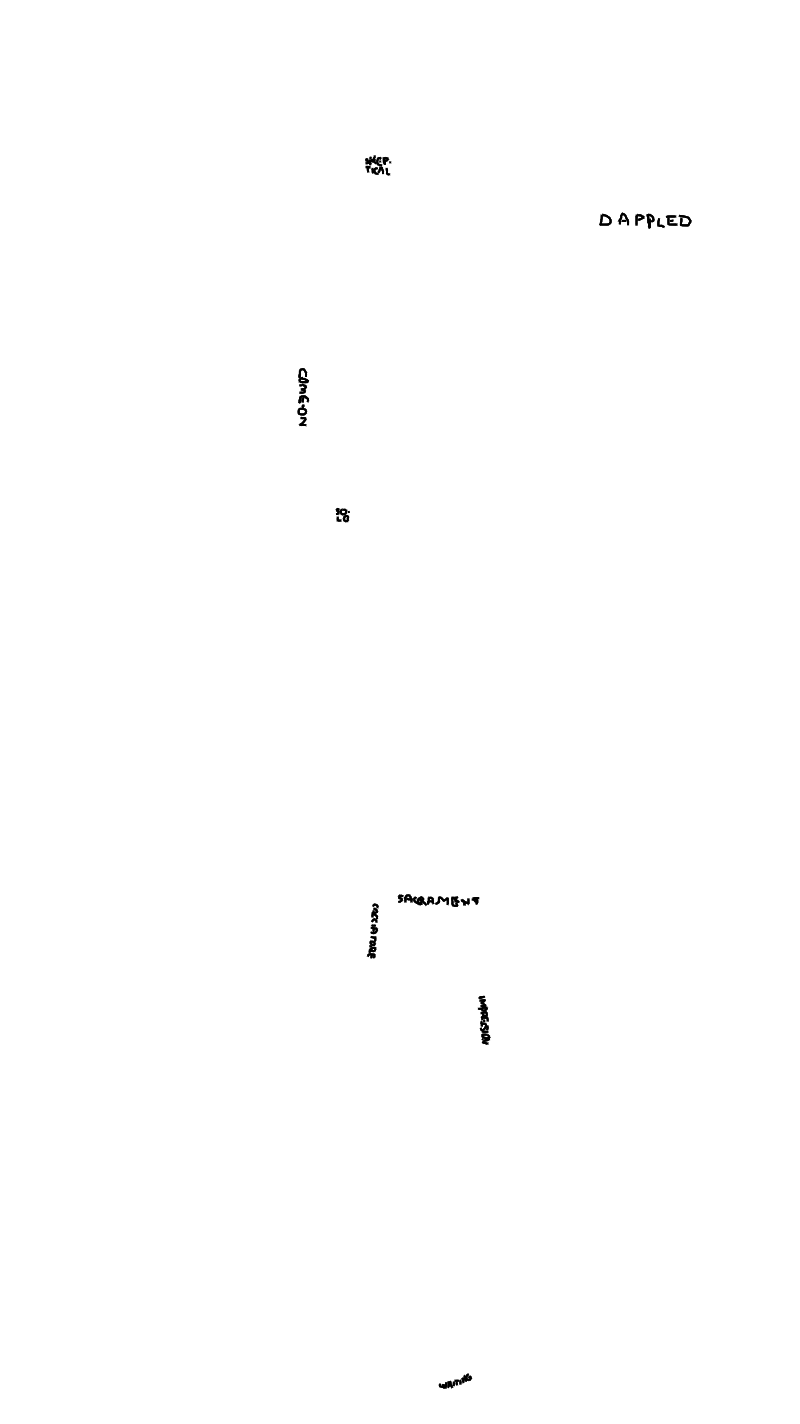 I apologize for the sloppiness of the words: they were handwritten by mouse so they'd be in the right positions. They are, top to bottom, SKEPTICAL, DAPPLED, COME-ON, SOLO, SACRAMENT, CACCIATORE, IMPRESSION, and WAITING.

Overlaying this picture and a particular other picture will help. What sort of picture do you think that might be, based on the layouts of the words?

Overlaying this picture and a particular other picture will help. What sort of picture do you think that might be, considering that the words are written either ~horizontally, ~vertically, or crowded into a small square?

each of these words (and its corresponding Manhattan location based on the image) appears in the lyrics of songs by Simon & Garfunkel.

And the other contains...

each of these words (and its corresponding Manhattan location based on the image) appears in the lyrics of songs by Billy Joel.

Explanation of each word:

"Orangutans are skeptical"
Simon & Garfunkel - At the [Central Park] Zoo

And a quick mockup of how the image spatially relates to the puzzle, as suggested by the hints: 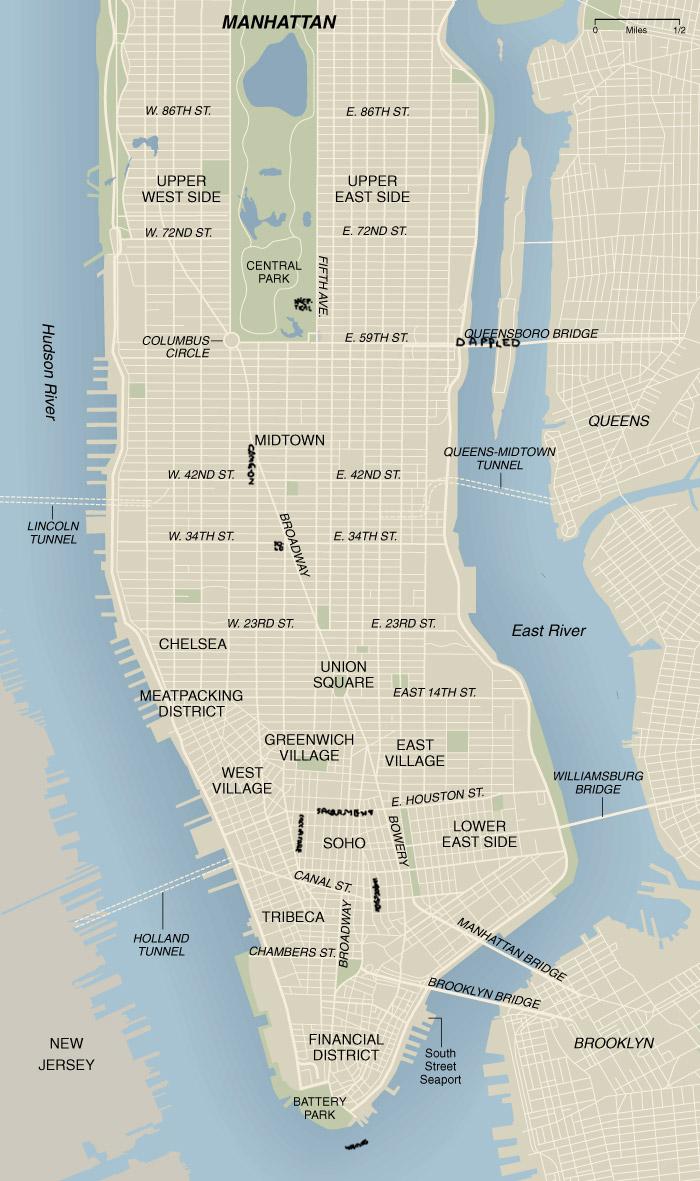 I am 100% convinced that the thing to overlay is a map of Manhattan.

Manhattan, in its maps, is rotated 29 degrees so it appears as if it is directly north to south.

Things like parks and blocks are square while roads are written out longways.

I'm really struggling to find the appropriate overlay in which the items match up properly (I think "DAPPLED" is probably one of the bridges?)

Other thoughts so that someone else can maybe finish this up:

"Cacciatore" could be referring to Little Italy, or to a street beginning with C (SOHO seems promising because there's Centre, Church, etc. and Spring St.).

Different maps of Manhattan have different proportions - I tried on an actual geographically correct map as well as the NYC MTA map and couldn't find a match with either.

I think "Waiting" somehow aligns with the road down by Battery Park at the very bottom of Manhattan.

10
A Tone-Deaf Prophet
17
Complete the tonal words
9
A Final Twins Puzzle: Twelve Days Difference?
26
Where will this killer strike next?
10
Room 11: Bits and pieces of Chinese history
24
Hacked maps, back in the UK
7
Find the Two Sentences