Move all the pawns into one connected group. Diagonal connections don't count.

Place the dominoes in the starting position shown in the problem, then put a pawn on top of each corner space.

Each turn, you can make a domino move or a pawn move.

The house is so spooky, the rooms can move. If a domino has one or two pawns on it, you can slide the domino one space along its long axis. The pawns go along for the ride. You can only move one domino at a time, and all the dominoes must stay connected in one group before and after the move. Diagonal connections don't count.

Remember, a domino with no pawns on it cannot move.

The ghosts can always move around the room, and they can move through mirrors to the room next door. You can move a pawn one space up, down, or sideways, with a few restrictions.

As a warm up, here's a tiny problem and its solution. First, set up the dominoes as shown in the starting position.

Then put a pawn on each corner. You can use four identical pawns, but for this example and for writing out a solution, use a regular (P)awn, a (B)ishop, a k(N)ight, and a (R)ook as four different types of pawn, so you can keep track of which is which. The small white dots show you the number under each pawn.

In this position, none of the numbers match their neighbours, so there are no mirrors for the pawns to move between dominoes. However, the 2 under the bishop could match the 2 in the middle, so the first move is to slide the bishop's domino down. 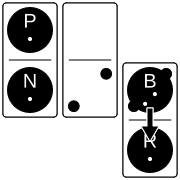 Now that there's a mirror to move through, the bishop can move to the left. 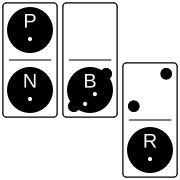 The last move is to join the ghosts into a single, connected group, and there are two choices. We can just move the rook to the other end of its domino, or we can slide the rook's domino back up, and the rook comes along for the ride.

To describe a solution, the pawn in the top left is labelled as a regular (P)awn, the bottom left is a k(N)ight, the top right is a (B)ishop, and the bottom right is a (R)ook. Each pawn move has two letters and each domino move has three letters.

For the small example above, the solution is written as "BdD, BL, RdU", which means bishop's domino down, bishop left, rook's domino up.

Here's a slightly larger problem to solve for today. Try it out, and post your solution. 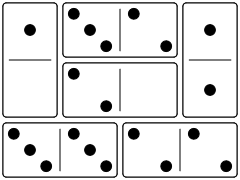 My solution takes 18 moves. Shaded areas denotes the presence of a ghost (click on the text to keep the spoilers open).

The rook rescues the pawn, then all the ghosts meet at the bottom-right corner.

Sorry for the ugly libreoffice screenshots, here is a transcription:

I have the following solution:

Red dots denote ghosts. The tricky part is the last few moves, where you have to be careful to keep the dominos connected.

My (slightly shorter) solution, as requested by OP. The ghosts are indicated by capital letters in the bottom left corner of their spot. 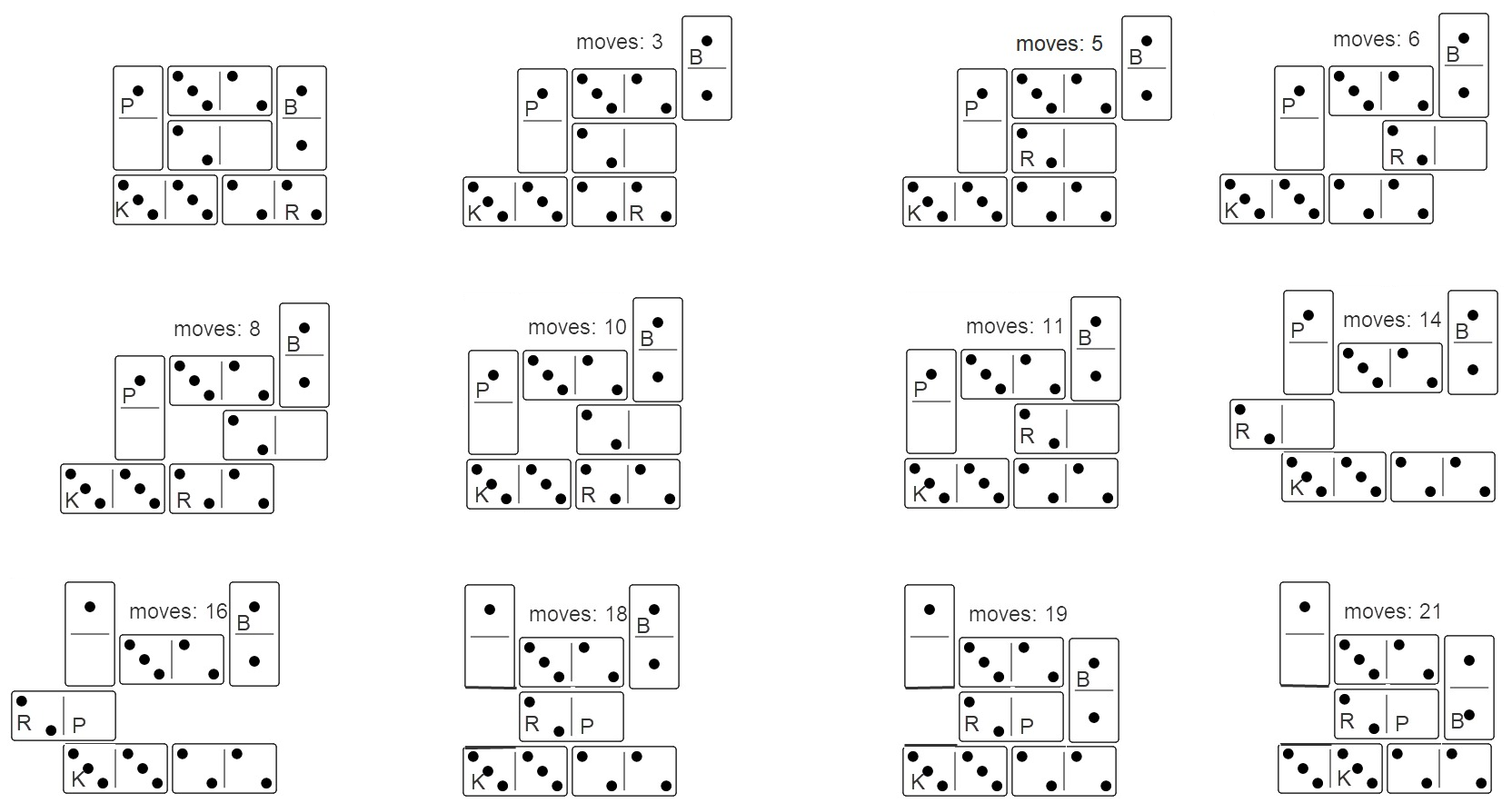