below are more rebuses with "scientific" expressions that represent something in popular media. Part 1 here. One of the questions in Part 1 has a link to a question here. 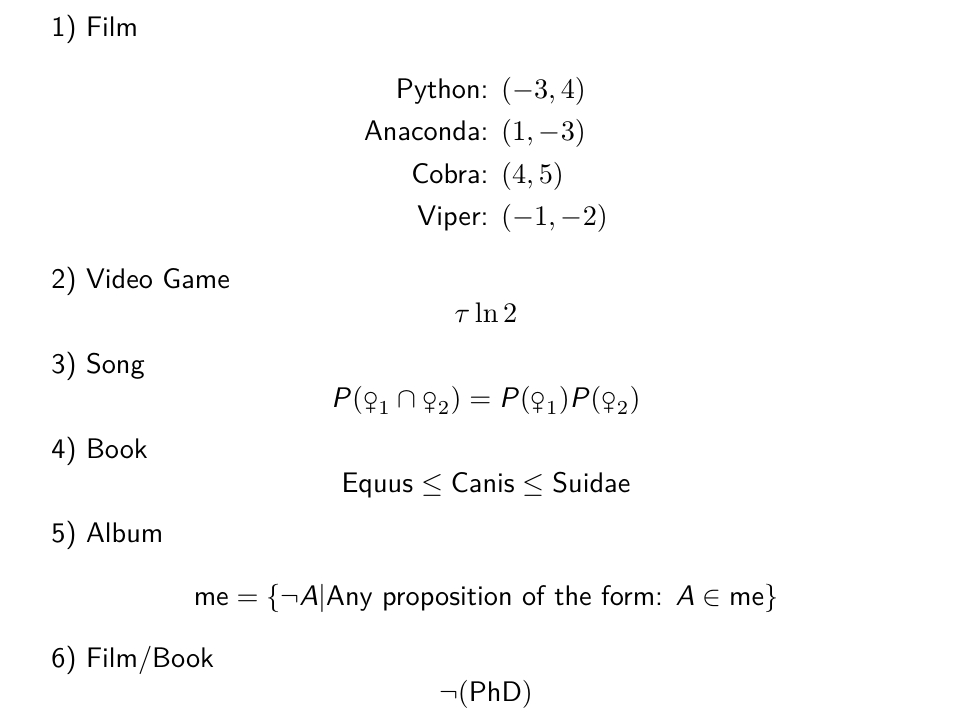 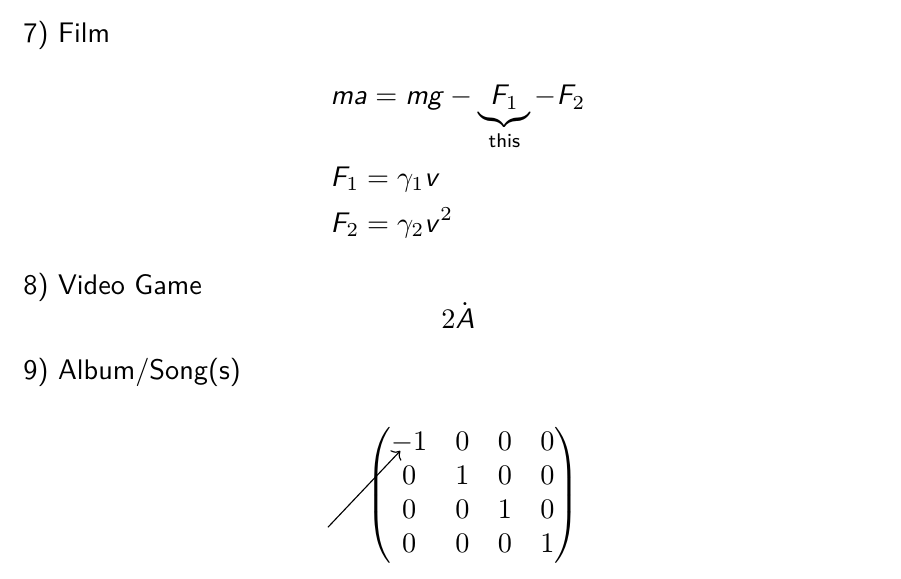 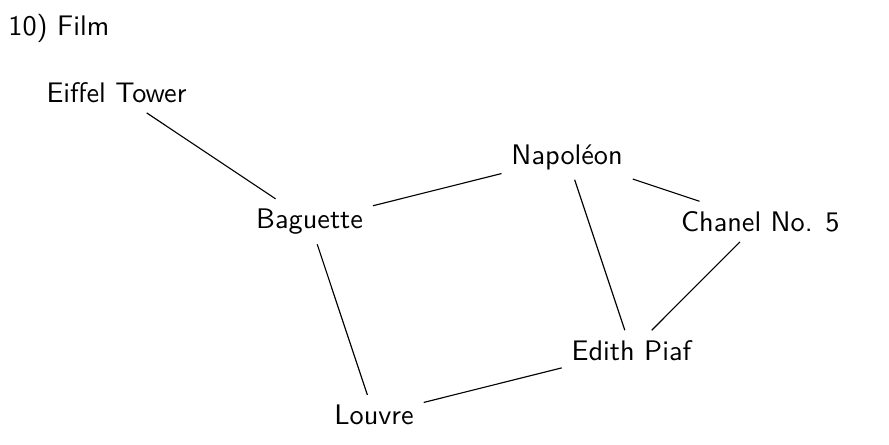 Found a couple, but have to run. CW-ing this so you can add your own bits if you want.

Snakes on a plane. (Locations given with 2 coordinates implies two dimensions. A plane is a 2D surface.)

"Independent Women" by Destiny's Child. (Probability of two events both occurring equals the probabilities of the single events multiplied together if and only if the events are independent.)

"Animal Farm" by Orwell. (Some animals are more equal than others, with pigs being the most equal ones.)

Whatever People Say I Am, That's What I'm Not

Air Force One. (Adding forces, with mg being gravity, and the other forces being opposite to it. The other forces are formulas for air resistance. The one labelled by "1" is marked.)

Dota 2 (Maybe this has nothing to do with the rate of change of area or amplitude after all.)

Not the answer you're looking for? Browse other questions tagged mathematics rebus science physics or ask your own question.