What kind of code is this/ is there a cipher? 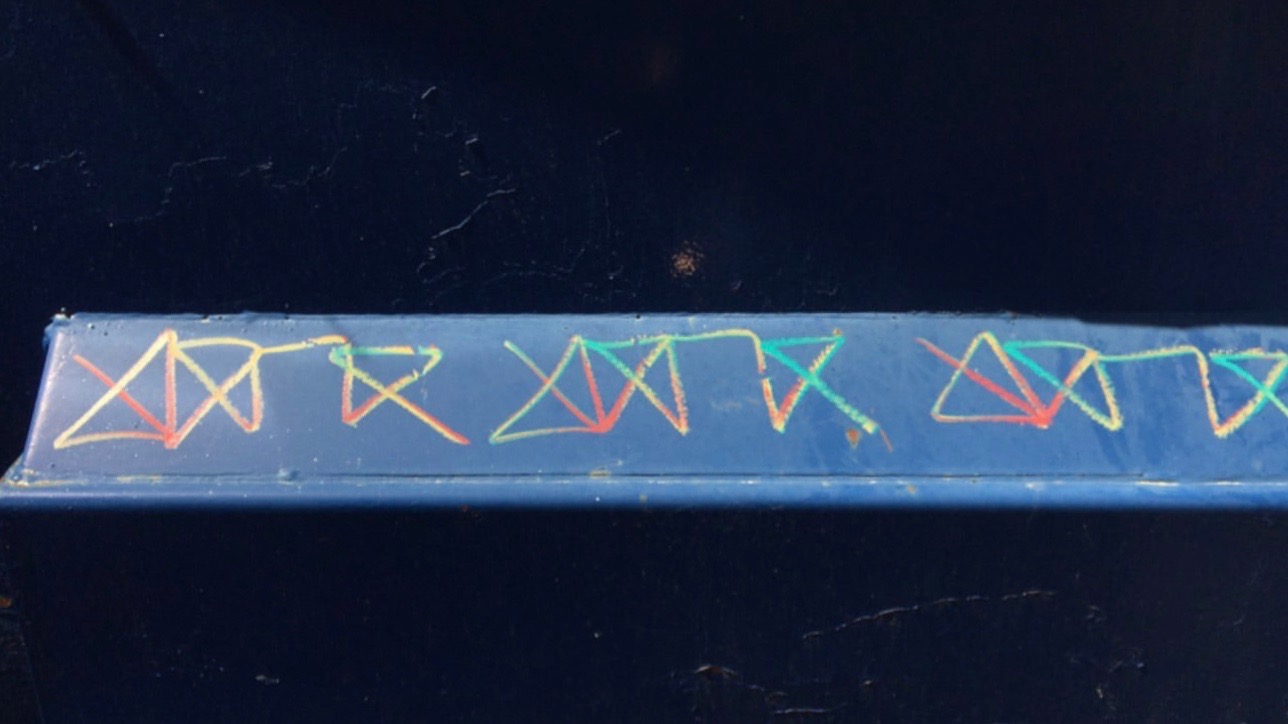 I feel like I've seen a similar cipher to this, but can't find one anywhere. If someone could help me solve this that would be great!

It reminds me of a pigpen cipher, but is different. Presence or absence of an edge or diagonal of a square gives 26=64 possible symbols including a blank. However the left or right edges for each symbol run into each other so the symbol may not include the right (or left) edge. Which leaves us with a possible 25-1=31 possible symbols.

You may find a way of putting the symbols in a natural sequence which you can assign to an alphabet, but there may more than one natural ordering or a keyword or other device might be used to assign a permutation that takes you away from a simple correspondence, or the correspondence may be arbitrary.

Without an idea of how to assign the symbols to letters, it is equivalent to trying to solve a substitution cypher, which I am sure you can read about elsewhere.

Of course it may not be a substitution cypher and translating it into another alphabet does not lose any information, unless there is subtle meaning in the exact shapes and or colors.

The text you have shown appears to have three symbols in the sequence: ABCB ABCB ABCB. So if I read the symbols correctly, you simply have a four character word repeated 3 times.

Now you could do a search to look for 4 letter words of the form ABCB where A,C are distinct. An online tool such as qat can do such a search. There are probably many other tools.

This can also be done with use of command line tools like grep and a dictionary.

or something similar will get you close to what you might need.

I do not know the context where you found this message, but given it looks like a repeated word of 4 letters it could simply be a (graffiti) "tag", and the second character looks like an alpha, so I would almost read that as a stylized JANA, and there are many similar monikers known and unknown that could have this form.

You have probably noticed that it consists of 3 copies of the same drawing.

It has been drawn in a single line. The change of colors is because it has been drawn using a multicolored chalk. The color changes depending on which side of the chalk touches the wall. So the colors are irrelevant. Note that the color are identical on all 3 versions, it is because the movement was identical, so the same side of the chalk touched the wall on each instance of the same line.

To me it is simply a tag or graffiti. The author executed it three times. It might have a meaning, as David has investigated, but with 4 letters it is impossible to know.

It is not any classical cipher I know. It might remind you of the PigPen alphabet, a classical "secret" alphabet. See https://en.wikipedia.org/wiki/Pigpen_cipher.

I think it is worth noting that, if this must be drawn continuously, then not only do there appear to be only four characters, there are also only 8 possible glyphs. The verticals are about getting to the rights starting point for the next glyph. It is also conceivable that this is two characters from a space of 64 glyphs.

As such, I would suspect this as a stylized signature (or "tag") rather than any sort of text.

8
A geometric transposition cipher
4
Help deciphering string of letters without spaces
2
What's this code? I need help solving
7
logical deduction - A Cipher with Numbers
10
A new kind of cipher?
5
Find the result of this dual key cipher
3
Word Search Cipher
4
How was this cipher created, and how can I solve similar ones?