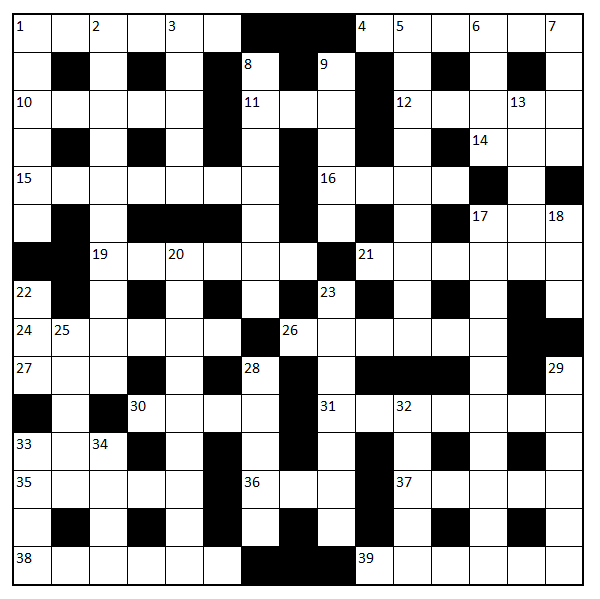 Because there is too much space in the grid for some words, eight cells are initially left empty. Once the grid is complete, solvers must find a way to fill the empty cells, keeping all entries as real words. The additional letters spell out a two-word final answer, which is my dream holiday destination.

All entries except 16 across are included in the UK Advanced Cryptics Dictionary (UKACD), searchable with Qat. 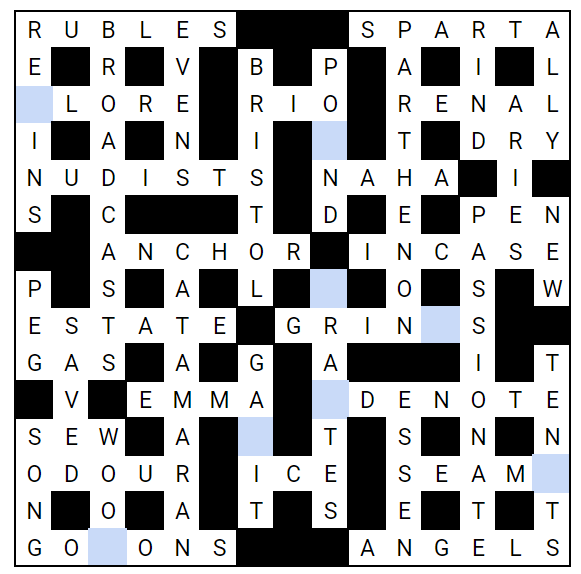 Each of the empty squares (which I marked blue) can be filled with a pair of letters to create a new word: for example, near the upper left, RE_INS and _LORE become REGAINS and GALORE.

Doing this gives us this new grid: 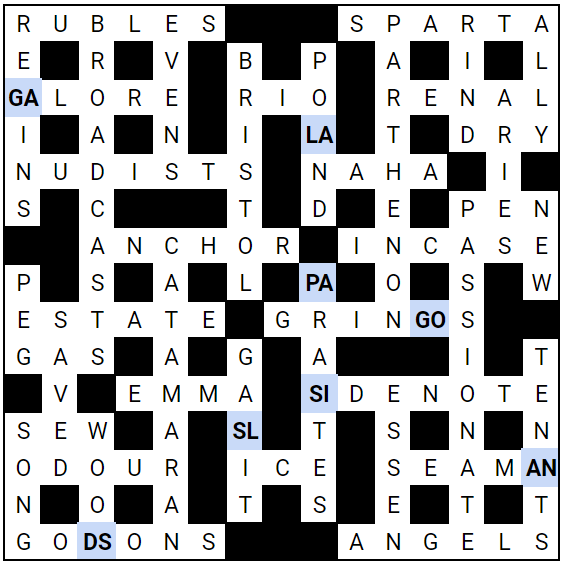 And now we can read off the destination from the newly-added letters: the GALAPAGOS ISLANDS!

The theming for this puzzle was impressive. It took me a few minutes to realize that every single clue had a country or nationality in it, and that they were all at the start as well!

And even with that constraint there were still some very clever clues. 19-Across was definitely the highlight: the surface is smooth and "the ultimate runner" as a definition is a beautiful bit of misdirection.